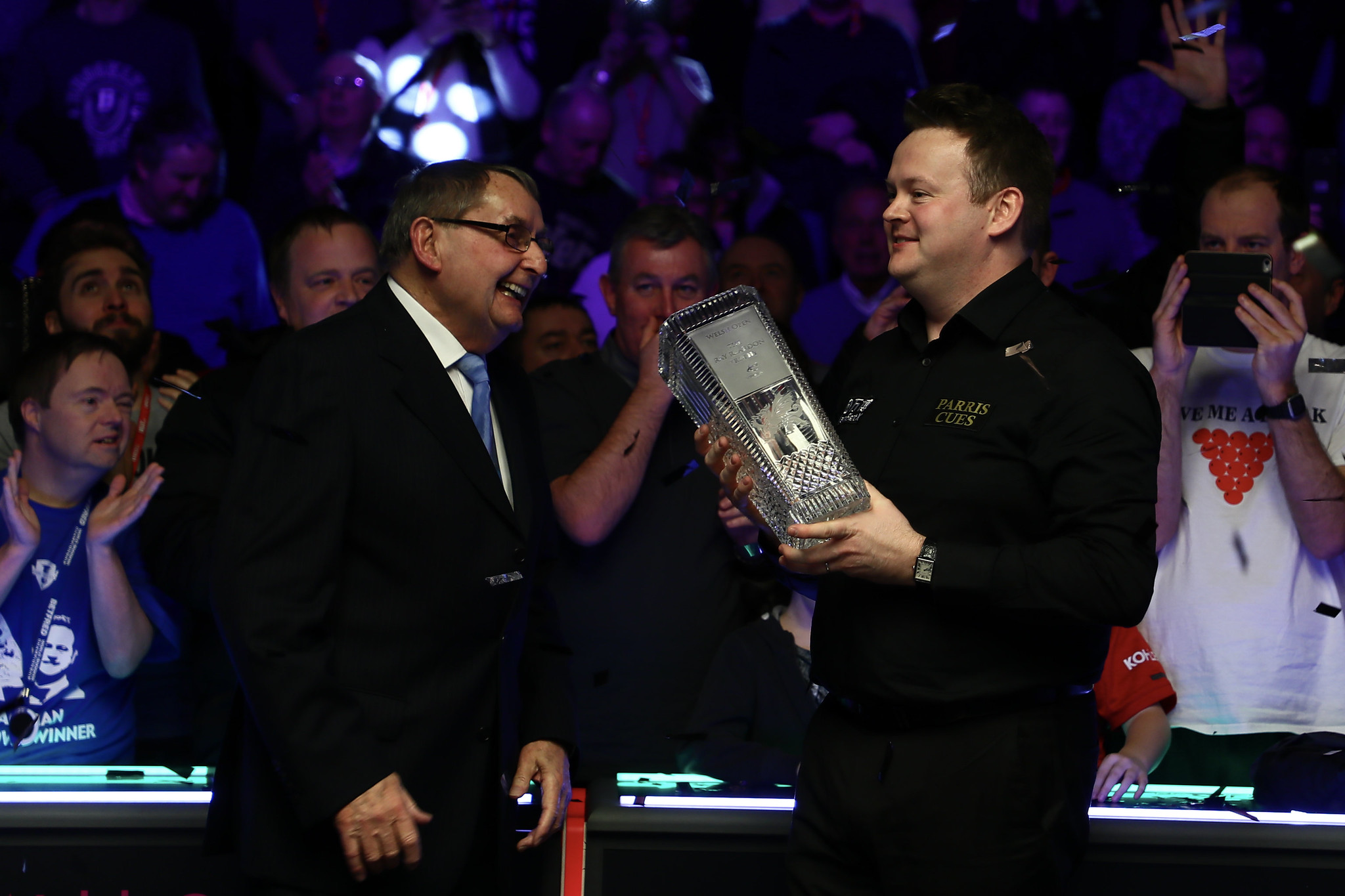 BetVictor Welsh Open champion Shaun Murphy believes his 9-1 demolition of Kyren Wilson in last year’s title match was one of his finest ever performances in finals.

The Magician lifted the Ray Reardon trophy to secure a ninth career ranking title 12 months ago. However, he is yet to return to the winner’s enclosure since then.

Murphy travels to Celtic Manor aiming to defend his title next week. The 2005 World Champion faces Zak Surety in the opening round on Monday.

Shaun, how highly would you rate your victory at last year’s Welsh Open in the context of your career?

“I think, pound for pound, it was one of the best weeks I’ve had on tour. Throughout the whole event I had some really good wins and really good performances. None more so than in the semi-finals against Yan Bingtao. The match dragged on and on. By the end, neither of us could pot a ball. To find a way to come through it was a big feather in my cap. I then produced one of my best performances in finals. I thought I played really solidly against Kyren and capitalised on some of his mistakes. It is a week I look back on very fondly.”

That epic semi-final with Yan Bingtao went beyond midnight and at the time you commented on how he actually had a birthday in the middle of the match. Neil Robertson said that it felt like playing a prime Steve Davis during his deciding frame defeat to Yan at the Masters. In your view, how tough an opponent is Yan?

“You can see that he is prepared to stand there all day if it gets him results. He will play whatever shot it takes, which is very much like Davis in the 80s. Some players don’t have that and I’ve always struggled with that. I’ve always felt the pressure from the crowd, trying to play flair shots and entertaining shots. I always feel you have to give the crowd value for money. Sometimes the right shot isn’t the one which excites the crowd and sometimes you can feel a bit guilty for playing too defensively. He doesn’t have that pressure or that problem. He is what we call in the trade, granite.”

By contrast, your 9-1 win over Wilson in the final was quickfire in scoreline and time. Is there sometimes a danger of becoming complacent when you have a lead like that in a big match?

“I remember when I beat Luo Honghao 10-0 at the World Championship, the closer you get to it, it is almost like the pressure reverses and it is harder to get over the line. It’s like walking through quicksand, because you become aware of setting a record or doing something impressive. It is very easy to lose focus on what you are trying to do, which is win. Any time you are distracted by something, it is risky. The fact you are in line to win by a big margin is nice. It is a good thing to be distracted by, but focussing on scorelines and thinking about it doesn’t help and is counter productive. You need to try and be able to retain focus.”

You’ve worked with six-time World Champion Ray Reardon in the past. Did that make it extra special to win a trophy named after him?

“We actually shared a few stories and a drink at the afterparty, it was back in the days when that was allowed. It feels like a lifetime ago, but we had a really nice chat and it was so good to see him. He is somebody that I hold very close in my heart and that is very special in my snooker journey. To win a trophy named after him was great and for him to be there for it was the icing on the cake.

“He was never my official coach, but we played a lot of golf and snooker. It was an informal relationship. It was great to lay a scenario out on the table and ask him what he would do. We used to pick apart the wreckage of a recent match I’d lost. It was a bit like aircraft investigation. It was great listening to his expert advice. Nobody has ever understood the tactical side of the sport like him. Not only that, he is just a great guy to spend time with.

“He opened up Pandora’s Box for me in terms of the tactical side of the game. He showed me a world where worrying about being put in trouble wasn’t the key issue. It was about turning the tables on my opponent and putting them in trouble. That was an area I’d not really looked into throughout my career. The defensive side has always been a weakness for me, so I was anxious about it. He showed me there were many more possibilities. I was a one dimensional tactician and he was a guiding hand.” 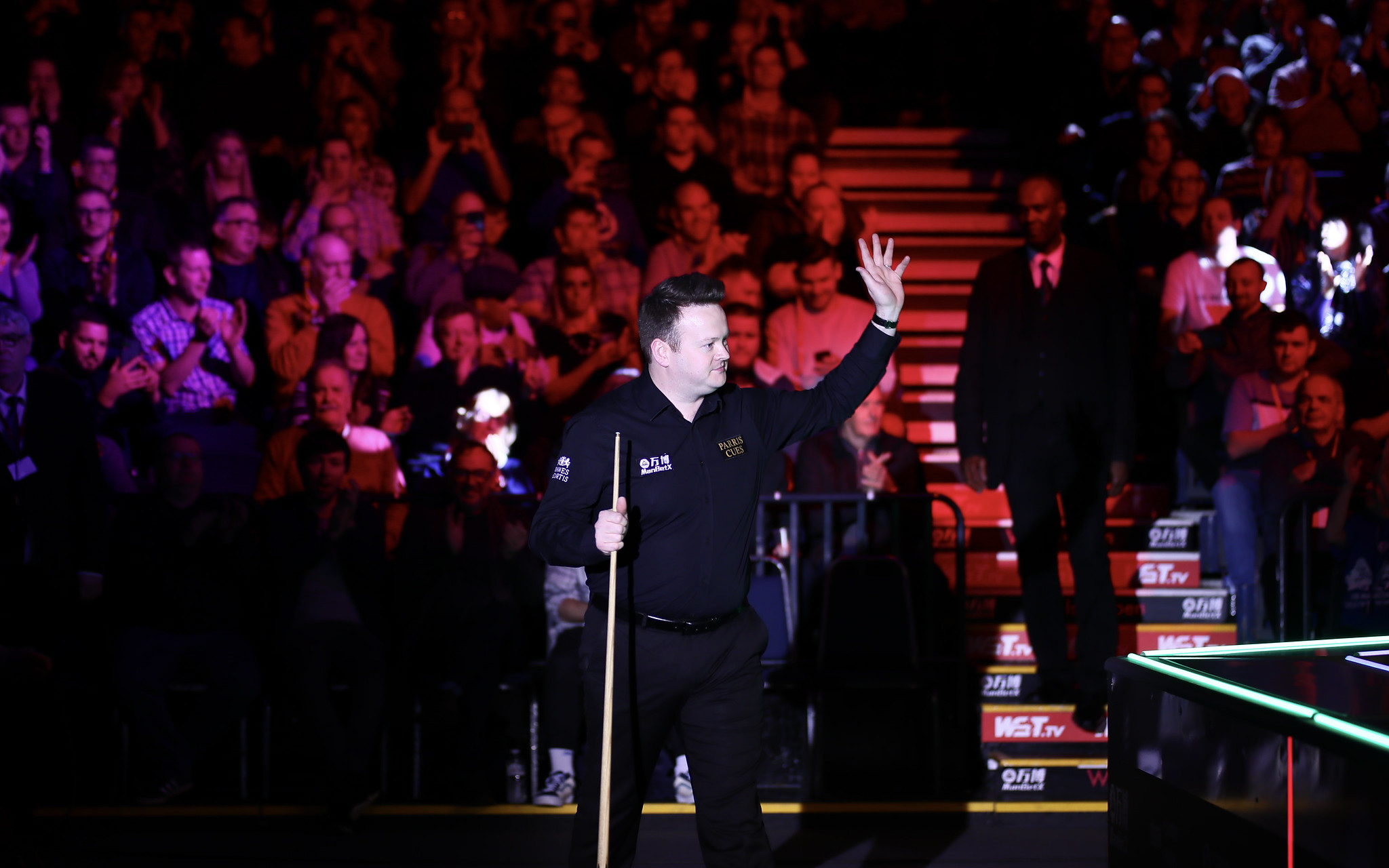 Is it a source of sadness that you won’t be able to walk out as defending champion in front of a crowd?

“For sure. There is no question about that. It is one of those things. We put that in the Covid column. Another thing in our little world of snooker, that has been changed by coronavirus and that we can’t do anything about. We just have to kick on and keep pushing onwards. I hope that, in the not too distant future, defending champions can get that moment back again. I have felt for every champion this season. I most notably felt sorry for Stuart Bingham. He won the Masters in fabulous style last year and he fully deserved to walk out at Alexandra Palace in front of 2,000 screaming fans. In the end he got to walk out in Milton Keynes in front of two cameramen and a commentator. We need to put things in perspective and feel lucky we are able to continue our careers. However, we can’t wait for some semblance of normality to return.”

It’s been a difficult season so far. You mentioned recently that you have been struggling to take some strong form on the practice table out into the arena. Can you put your finger on why that has been?

“I guess the clues are always there. If you are putting in the solo practice time, like I am, eventually it will turn. However, sometimes you just need that matchplay practice as well. The restrictions at home in Ireland have meant that I’ve not been able to train with other professionals, as most players have in the UK. They’ve changed the rules now which is good. I’ve lacked that sparring element, that match sharpness. Knowing what shot to play and when to see it. I’ve been losing tactical battles and frames to people that I really shouldn’t. I know I’m hitting the ball well, but now I need to up the sparring.

“You can clear the table every day on your own and get led into a false sense of security. However, you then go and play someone and every shot is from the baulk cushion and you lose 5-2. You’ve lost that ring craft and the sharpness. It is a bit like a boxer when they are on the bag. You can have the best left hook in the business, but if you aren’t used to being punched in the face then it doesn’t work.”