Ajaib - Turning Pro Is A Dream


Former butcher Farakh Ajaib hopes he can make the cut on the World Snooker Tour after coming through Q School for the first time.

Ajaib won five matches in the third and final Q School event in Sheffield earlier this month, beating Frenchman Brian Ochoiski 4-2 in the last round. The 29-year-old has now given up his job with his family’s business in Accrington in order to put total dedication into his rookie pro season. 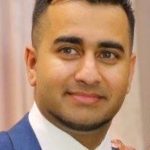 “I always had a dream of becoming a professional snooker player,” Ajaib told Desiblitz. “I am thrilled to have come through such a big hurdle. It is everything that I had ever wanted. I look forward to flourishing on the tour. It is a fantastic opportunity for me to showcase my ability on the world stage.

“I have been buzzing ever since I turned pro. It did not quite sink in that night, but when I woke up in the morning, I felt like a different man.

“My first target is to win the early matches and hopefully by the end of the year, get into the top 64. And that will keep me on the professional circuit. There’s more money in the game now than there was ten years ago.”

After coming through his final match, Ajaib drove home from Sheffield to Lancashire without telling his wife Halim Matlub Ajaib and daughter Aiyva Noor that he had made it on to the pro tour. They were still awake when he arrived home in the small hours of the morning, and the celebrations began.

“My dad is my biggest fan,” said Ajaib. “He was very happy when he found out. He came home early from work to congratulate me.”

Ajaib is based at Oldham Snooker Academy , run by Mohammed Nisar who said: “I have known Farakh since he was 16 years of age. He is a very talented player indeed.

“He had to put his snooker on hold due to his uncle’s death in Pakistan, which resulted in him helping with his family business. But now it is time to show the world how exciting he is. He is a very popular lad in Lancashire and well respected by players in the North West.

“His parents and family must be extremely proud of his achievements given his circumstances.”