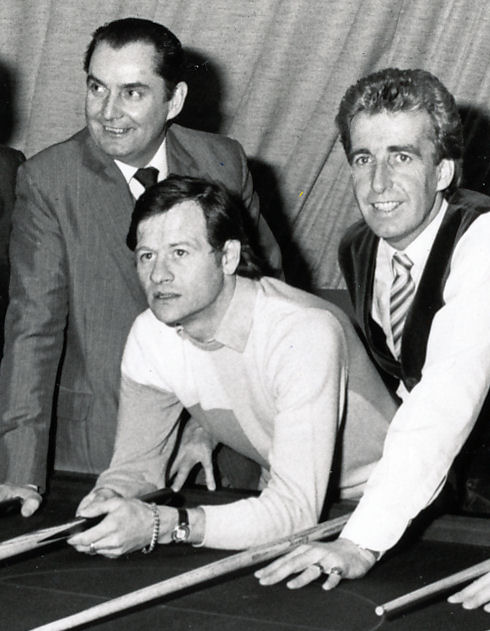 February 26, 1972. The World Snooker Championship final concludes at a rowdy Royal British Legion club in Birmingham where spectators sit on upturned beer crates. There are no television cameras present. The champion collects £480.

May 16, 1982. Snooker’s showpiece match is played before an audience of millions watching on the BBC amid the plush surroundings of a packed Crucible theatre in Sheffield. The winner pockets £25,000.

What changed in snooker’s fortunes in the decade in between? Much of it was down to the man who won both titles, the force of nature that was Alex Higgins.

Born in Belfast in 1949, Higgins learned his trade at the Jampot, a club in Sandy Row. At 15, he moved to England to become an apprentice jockey, but snooker was in his blood and at 18 he won the Northern Ireland amateur title.

Reports of his remarkable shot-making ability permeated through the sport’s grapevine, but stories also abounded of scrapes and altercations, bust-ups and trouble. His frenetic style of play and rapid body movement, together with his emerging reputation as an authentic bad-boy of the baize, earned him an apposite nickname.

A hurricane was about to hit the genteel world of professional snooker.

50 years ago, the World Championship was played over the course of 11 months. Matches began in March 1971 with Higgins beating Jackie Rea 19-11 and John Pulman 31-23 to reach the semi-finals.

Here, he was level 30-30 with Rex Williams and trailing in their deciding frame until Williams missed a blue to a middle pocket with a clear chance to win. Higgins won the frame to set up a meeting with John Spencer for the title.

These were very different times. The 1970s saw Britain beset by power cuts due to strikes. A mobile generator was installed at Selly Park Legion to provide lighting. Before one session, Spencer was stuck in a lift after the power went off in his hotel.

Snooker had started to gain some mainstream popularity when Pot Black launched the new colour TV service on BBC2 in 1969. It was not just the game, though, which brought spectators to Birmingham. The final would illustrate why Higgins would soon become known as the People’s Champion.

Audiences flocked to see him play. In his book, Black Farce and Cue Ball Wizards, Clive Everton, who covered the event as a journalist, wrote: “Snooker was unaccustomed to the paying public being so keen to see a match. Beer supplies held up but toilet facilities proved sadly inadequate as the Ladies was ruthlessly appropriate by hordes of gents.”

Higgins was in his element. These were his kind of people and he was becoming their hero.

He wrote in his autobiography, From the Eye of the Hurricane: “There was no quietness anywhere. These fans were dragging chairs, dropping glasses and even walking past us on the other side of the table to go to the toilets. This was not traditional snooker etiquette at all and I loved it.”

Higgins beat Spencer 37-32.  A few weeks short of his 23rd birthday, he had become snooker’s youngest world champion. The sport had worked hard to present a professional, establishment image to gain acceptance with the viewing public. This did not interest the Hurricane. He lived life by his own rules, building up a lengthy disciplinary record for a litany of offences. Underlying it all was an undeniable charm. His behaviour could be both boorish and comical. He was quick-witted, erudite and sought neither approval nor respectability.

He was a fierce competitor who hated losing. He played to the galleries, sometimes to his cost, and was above all the most watchable player of his era, or perhaps any era.

His lifestyle was not conducive to being a regular winner, but he reached the world final again in 1976, losing to Ray Reardon, and 1980, where he was defeated by Cliff Thorburn.

During the 1981/82 season, Steve Davis and Terry Griffiths contested five finals and were widely tipped to meet in the Crucible finale. In fact, both lost in the first round, Davis famously to Tony Knowles and Griffiths to Willie Thorne.

Through the pack came Higgins, who reached the final having compiled perhaps the most memorable clearance in snooker history against Jimmy White. Trailing 15-14 and by 59 points, Higgins stepped in to complete a 69 break full of spellbinding death-or-glory pots before winning the decider.

This was Higgins at his best, his snooker and personality a perfect symmetry of heart, nerve and a desire to live on the edge.

Snooker’s popularity and footprint in the culture had increased dramatically since 1972. Five years later the World Championship arrived at the Crucible. By 1982 the BBC were devoting 200 hours of coverage to the event.

The final saw Higgins lead Reardon 10-7 after the first day and just 13-12 going into the last session. He pulled away to 15-12 before Reardon drew level, but the six-times champion did not score another point as Higgins, propelled by inspiration, the support of the crowd and a sense of destiny a decade on from that first triumph, sprinted to the line. He won 18-15, making a 135 break in the final frame.

His private life had endured very public problems but, in the moments after victory, there was a brief calm to his world as he cradled the trophy and tearfully called for his baby daughter, Lauren, to be brought on to the stage.

It was a moment of rare human vulnerability for a player associated with volatility. The public, even those who disapproved of his behaviour, instantly warmed to the genuine emotion on show.

Higgins’s 1982 victory confirmed snooker as TV box office and the sport boomed in the UK. He became a regular on the front pages of newspapers as his vivid personal life played out as a public entertainment.

Among his other successes were victories at the Masters in 1978 and 1981, the 1983 UK Championship and the 1989 Irish Masters. He may have won more but it wasn’t only a self-destructive side to his character which stopped him. He was also up against an iron-willed winning machine.

He and Davis were like fire and water. Higgins was unpredictable, dangerous even, while Davis oozed professionalism and respectability. They brought very different people to snooker, Higgins the working class hero, Davis representative of the new middle class of Thatcher’s Britain. 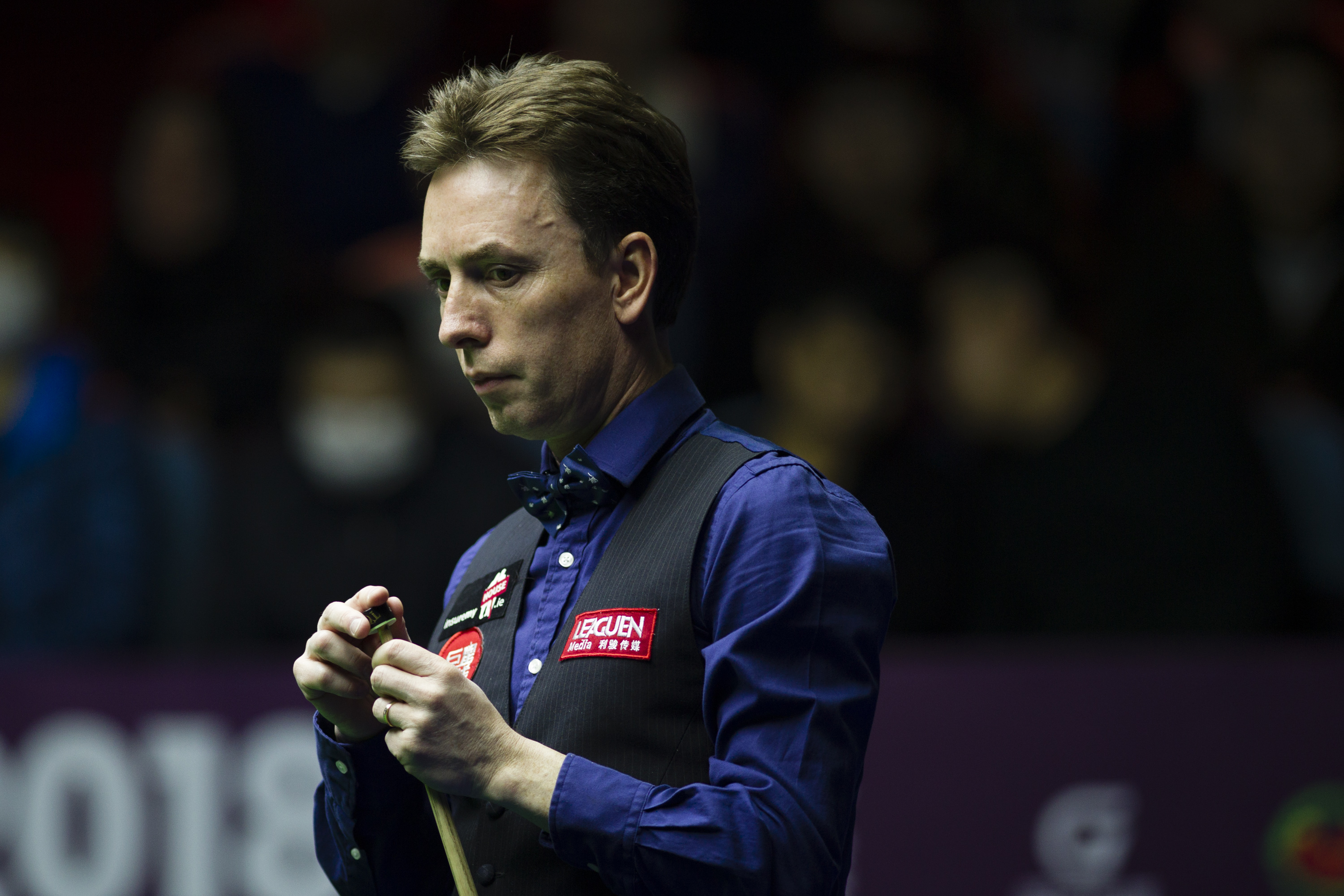 Ken Doherty was inspired to follow in the footsteps of Higgins.

In Dublin, one young boy was transfixed by Higgins and dreamt of following in his footsteps. This became a reality when Ken Doherty won the World Championship in 1997.

“My first recollection of seeing Alex Higgins was Pot Black in 1977,” Doherty said. “I was eight years of age. My father used to watch the snooker and I watched it with him one night. Alex was playing, flying round the table potting balls and from that moment on I wanted a snooker table from Santa. I’ve been hooked ever since.

“Higgins was my inspiration. When he won the World Championship in ’82 it was one of the most iconic moments in our sport, with the tears and the baby coming out. He inspired so many people at that time.

“You never knew what you’d get with him. He had an electricity, an unpredictability, a charisma that we hadn’t seen before in our sport. He came along and sparked it into life.

“The way he played the game brought a different type of crowd. He made it more showbiz. That’s why snooker exploded from then on. Clubs were opening up everywhere in the 1980s. We had three snooker clubs just in our little village at one stage. The game just went from strength to strength.

“He broke the mould in terms of how the game was played. I don’t think anybody could replicate his cue action, the way he jumped and twitched. He took on pots the other players wouldn’t even look at, which is why the crowds loved him.”

Doherty beat Higgins 10-6 on the Hurricane’s 14th and last Crucible appearance in 1994, which included a stand-up argument between him and referee John Williams.

“It was a completely hollow victory,” Doherty said. “I didn’t like the match at all because he was at the end of his career and my hero. It’s not something I have happy memories about.

“I am grateful to him. He was an icon and snooker owes him. I know he did a lot of bad stuff in his career as well but I loved him for what he did on a snooker table and for giving me the inspiration to become a player.”

Alex Higgins, who died in 2010 at the age of 61, was a key reason why snooker entered the bloodstream of British culture in the 1970s and 80s and refused to leave. He was a unique, charismatic character, with a distinctive style of play. More than anything, he brought people to the sport. He excited them, entertained them and at times exasperated them. But they never left him.

In 2003, Higgins, by now in failing health, returned to the Crucible to watch a one-man show, Hurricane, written and performed by Richard Dormer, telling the story of his tumultuous life and career.

At the end of the play, Dormer as Higgins, surrounded by cigarette stubs, betting slips and the assorted detritus of his life, turns to the audience and perfectly captures the unapologetic defiance which drew so many to follow him.