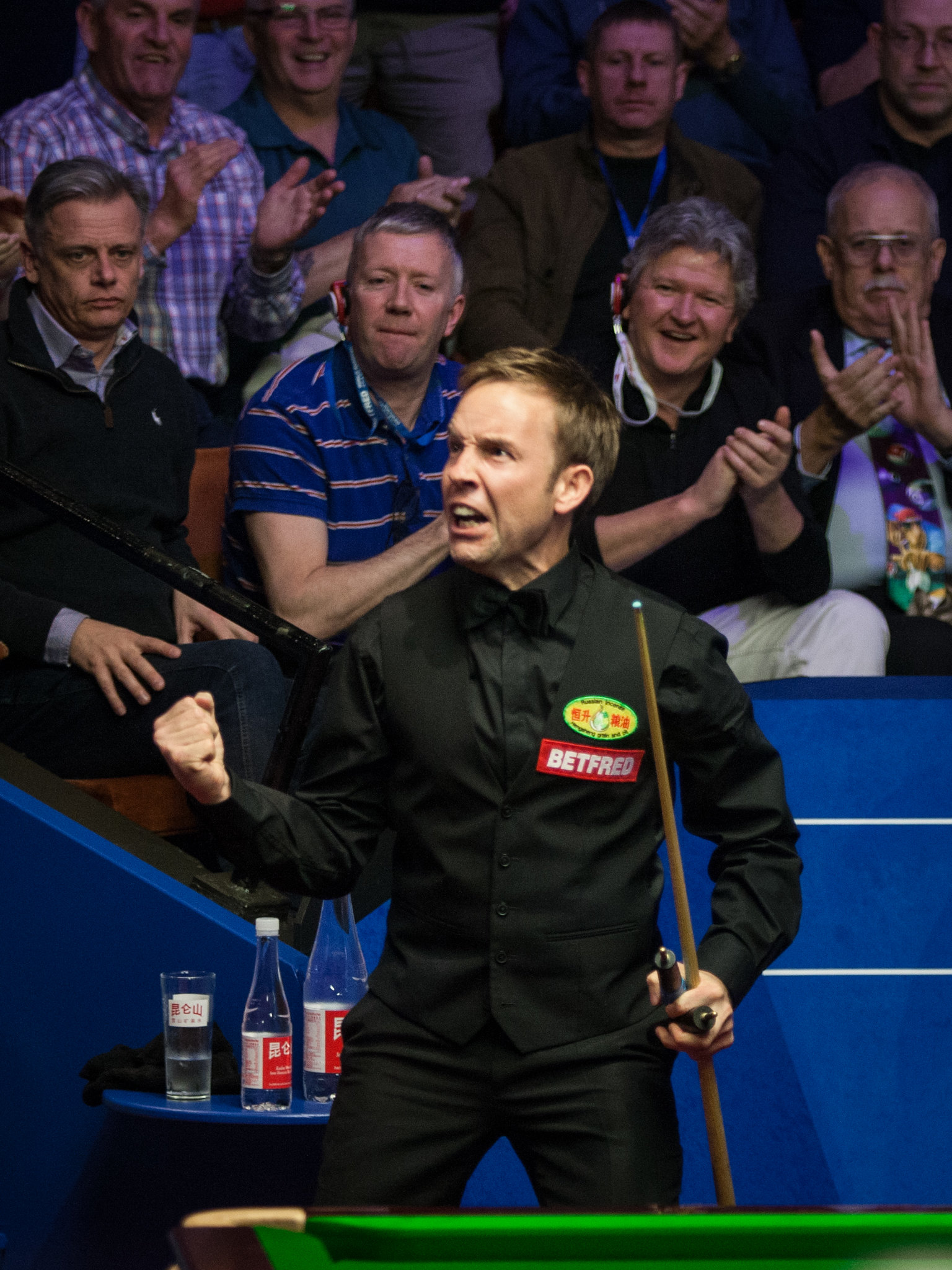 Ali Carter’s career has never been short on drama, intensity or emotion, all of which were on display when he locked horns with Ronnie O’Sullivan in the last 16 of the 2018 World Championship. For Carter’s entry in our Greatest Match Series, we are honing in on that famous 13-9 victory for the Captain.

It was a phenomenal performance from a highly motivated Carter. He produced a typically tenacious brand of match play snooker to limit his opponent to just nine frames, despite O’Sullivan racking up 12 half centuries during the tie.

However, it was the final session specifically which will live long in the memory, where Carter won four of the six frames played to storm to victory amid an intense and confrontational atmosphere.

Coming into the match, Carter held an unenviable record against the Rocket, having lost all of their 13 previous meetings. That included two world final defeats to O’Sullivan in 2008 and 2012. The now 42-year-old Carter, who is still chasing that elusive maiden Crucible crown, says that his previous record against O’Sullivan contributed to why this victory was so special.

Carter said: “I’ve had a couple of finals with him and faced him a few times at the Crucible. The crowd was pretty hostile on this occasion and there was plenty of needle in the match. It was great to come out on top in the end, having been on the losing side against him so many times.

“It meant a lot to me considering the finals I lost to him. We all want to be World Champion and those chances don’t come along very often. To be in the final, have the opportunity and to lose is devastating. This time it was only a last 16 match, but it felt like a massive moment and I was probably one of the favourites to go on and win it afterwards. The trouble was that it was only to get into the quarter-finals.”

Ahead of the match, Carter and O’Sullivan had seen off Scotland’s Graeme Dott and Stephen Maguire in their respective last 32 matches. In the aftermath of that, Carter injected additional heat into what proved to be a fiery and temperamental last 16 tie with some of his pre-match comments.

The Chelmsford cueman brandished the event as the ‘Ronnie O’Sullivan Show’. He was critical of the handling of the post-match media process, after O’Sullivan’s interviews overran following his opening round win over Maguire. It left Carter unable to get into his dressing room for his first round match, due to O’Sullivan still occupying it.

That tension came to a head during the final session, whilst Carter was leading 10-8. The pair barged shoulders in the arena and exchanged words, with O’Sullivan calling Carter ‘Mr Angry’. At that moment referee Paul Collier was forced to step in and cool tempers. Looking back on the flash point Carter concedes that his pre match comments may have contributed to the collision, but maintains his stance on the matter.

“That was maybe what caused it. I was well within my rights to say that though. He’d won his match and now it was time for me to go and play my match. I wasn’t just saying it because it was him. I would have said it about anyone. It just transpired like that. I’m not going to hold my tongue. I’ll talk about things the way they are they are. It wasn’t right,” said four-time ranking event winner Carter.

“It is easy to get wrapped up in the Ronnie O’Sullivan Show. That is what he wants and that is what the crowd are there for, they want him to win. You can just get swept up in it all. I was determined not to let anything get to me. The pressure built up and I made a couple of monster clearances to move the game in my favour.

“After the match it was all forgotten about, everyone likes to keep going on about it though. The shoulder barge incident did add to the intensity and it added to the pressure out there. Everyone loves to see a bit of needle in a match and to be involved in a game like that against arguably the greatest player of all-time and beat him was a special moment for me.

“I think he knew I was on it in that match. Ronnie would try to do anything to win. Part of it was to try to ruffle my feathers, to try and unsettle me. It didn’t work. On many occasions it probably has, but it didn’t that time. We’ve seen him try to do it lots before, like against Mark Allen at the Champion of Champions. That was what happened in our game and it made it a famous match at the Crucible. It got loads of hits on YouTube and it was a great match to be involved in.” 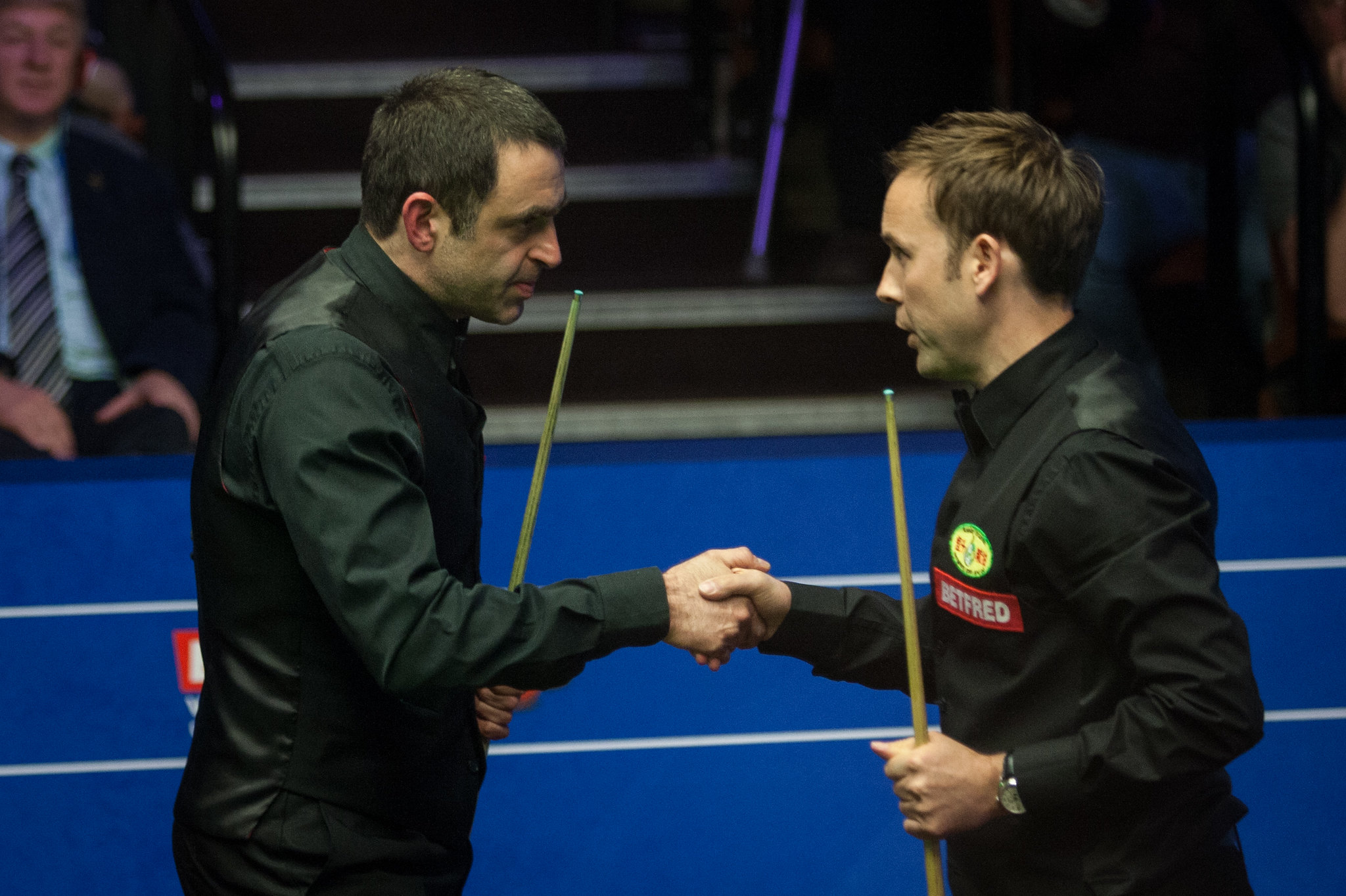 There were rapturous celebrations from Carter when he got over the line. The release of emotion will live long in the memory. They were celebrations rooted in a siege mentality. With O’Sullivan remaining snooker’s biggest box office attraction to this day, Carter felt he wasn’t just battling his opponent throughout the match.

“When you face him at the Crucible you aren’t just playing him. You are playing all of the fans as well. I was sitting there and I had someone right next to me clapping so loudly, right in my earhole, every time Ronnie played a shot. I had it for the entire match. As much as it was a great feeling, the celebration was just a release after all of the drama.”

Carter’s opponent in the last eight was the eventual winner Mark Williams. The Welshman battled his way to a 13-8 quarter-final victory and ended Carter’s hopes of lifting the famous trophy. It was one extreme to the other, moving from a needle match, to an opponent who rarely lets his poker face slip. Despite playing his part in another tremendous game, Carter admits that it was difficult to move on from his momentous victory over O’Sullivan in the previous round.

“It was a buzz, but it was a comedown as well. That was a massive match in the context of the tournament, but I was only in the quarters. It was a huge high and then I had to come back down again and get ready to face Mark. If someone asked before the tournament if I would accept getting to the quarters and beating Ronnie, I probably would have taken it in all honesty. Once you get there you want to win the event though. I just had to try and reset. There was so much media attention and so much hype, that it blew out of context for where the game was in the tournament. It was everywhere, everyone wanted interviews and there were headlines all over the place.

“Mark doesn’t get ruffled at all, not on the surface anyway. The draw is the draw. I’ve lost so many times to the eventual winner at the World Championship. Arguably, if Ronnie had beaten me, would he have beaten Mark? He probably would have done, because Mark didn’t have a good record against him. Things happen and sometimes a person’s name is on the trophy before it starts. Mark’s was on that occasion.”