Mark Allen won a match at the Crucible for the first time in three years, and did so in emphatic style as he fired three centuries in a 10-2 victory over Lyu Haotian at the Betfred World Championship.

Northern Ireland’s Allen lost to Zhou Yuelong in the first round in 2019 and to Jamie Clarke in 2020. He avoided a hat-trick of first round upsets with a comfortable win over China’s Lyu but will surely face a far tougher test when he faces Mark Selby or Kurt Maflin in the second round. Allen is looking to improve his Sheffield record as he has reached the semi-finals just once – back in 2009 when he lost to John Higgins. 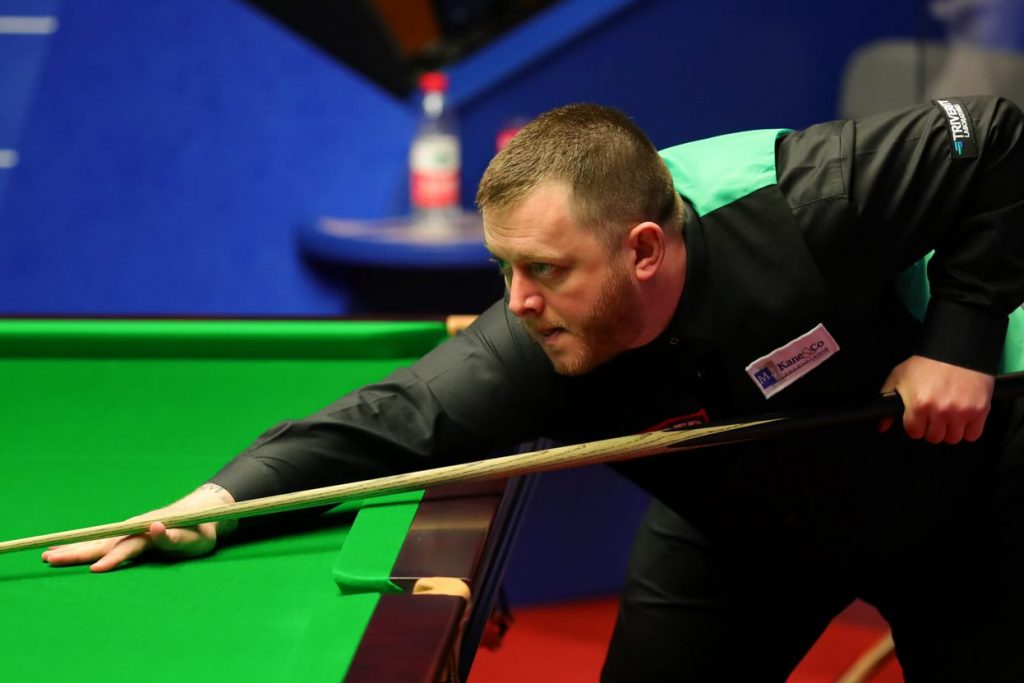 The Pistol needed just 55 minutes in the second session tonight to end the challenge of Lyu. He did most of the damage in the first session as he surged 7-2 ahead, making breaks of 139, 102 and 116. And he added the three frames he needed with a top run of 64.

It has been a mixed season for 35-year-old Allen so far – he won one of the biggest titles of his career so far at the invitational Champion of Champions in November. But in ranking events he has rarely produced his best, and currently lies 28th on the one-year list.

“It was a steady performance all day, I didn’t miss much in the first session,” said the world number 13 from Antrim. “It was a bit scrappier tonight but I was just happy to win. It’s good to conserve some energy, because when you win 10-7 or 10-8 they are gruelling matches. I can have an early night now, a few days off and plenty of practice.

“I have had no form since the Champion of Champions. It has been a very poor season. I lost early in the UK Championship and the Masters and haven’t gone deep in any ranking events. I have been working hard on the practice table, working on the right things and it hasn’t clicked so far, so hopefully it can click here. I love playing here, it’s great to have fans and the crowd will grow through the event.”

Allen was also asked about Barry Hearn, who has stepped aside as WST Chairman. “Barry will be sadly missed because he has transformed snooker,” said Allen. “Before he took over it was dark times, with six or seven tournaments a year, now we’ll have 25 once we get back to normal. He has added a lot of big events to the calendar. He is a workaholic and I’m sure he won’t stop working behind the scenes.”