The key clash was a meeting between 31st (Allen) and 33rd (O’Connor) in the battle to qualify for the prestigious event. Only the top 32 in this season’s one-year list will gain a spot in next week’s World Grand Prix. Defeat for O’Connor ends his hopes of clinching the place.

Despite winning the recent invitational Champion of Champions event, Allen is yet to produce a string of significant results in ranking tournaments this season. He recently changed his cue and that decision appeared to be vindicated after he made three consecutive centuries in beating Jimmy White 4-1 in the first round.

Today’s clash was a more closely contested affair. It was O’Connor who claimed a tight opening frame on the black to lead 1-0. Former Masters champion Allen then got his first frame on the board with a superb break of 109. However, O’Connor took the next to lead 2-1.

From there Allen seized the initiative and breaks of 66 and 85 helped him to three on the bounce to secure victory. Next up he faces China’s Zhou Yuelong.

“He made it very tough for me and on another day he would have been on the right end of that result,” said five-time ranking event winner Allen. “He looked sharp and the only balls he missed were very tricky and from under the cushion. I still scored reasonably well, but I need to sharpen up over distance.

“I obviously have one eye on the World Grand Prix, I’m not going to lie. I have to take care of business here. I am trying to win the Scottish Open and if I get close to doing that it will take care of next week.”

World Champion Ronnie O’Sullivan sealed his place in the last 32 with a 4-1 win over Chinese teenager Chang Bingyu.

The Rocket opened up his account with a sublime total clearance of 134. He then made it 2-0 by taking a scrappy second, before a break of 78 made it 3-0. Chang showed his potential with a run of 81 to take the fourth, but O’Sullivan got over the line in the fifth. Next up the Rocket faces Tian Pengfei.

O’Sullivan said: “I didn’t think it was great to be honest with you. All day I just didn’t feel I was going to play well tonight. I just thought something wasn’t right. You can feel it. I had to just block it out of my head and focus on the game. I knew I was playing a very good player. He is super talented and nearest to someone who plays like Judd, because he scores so quick.” 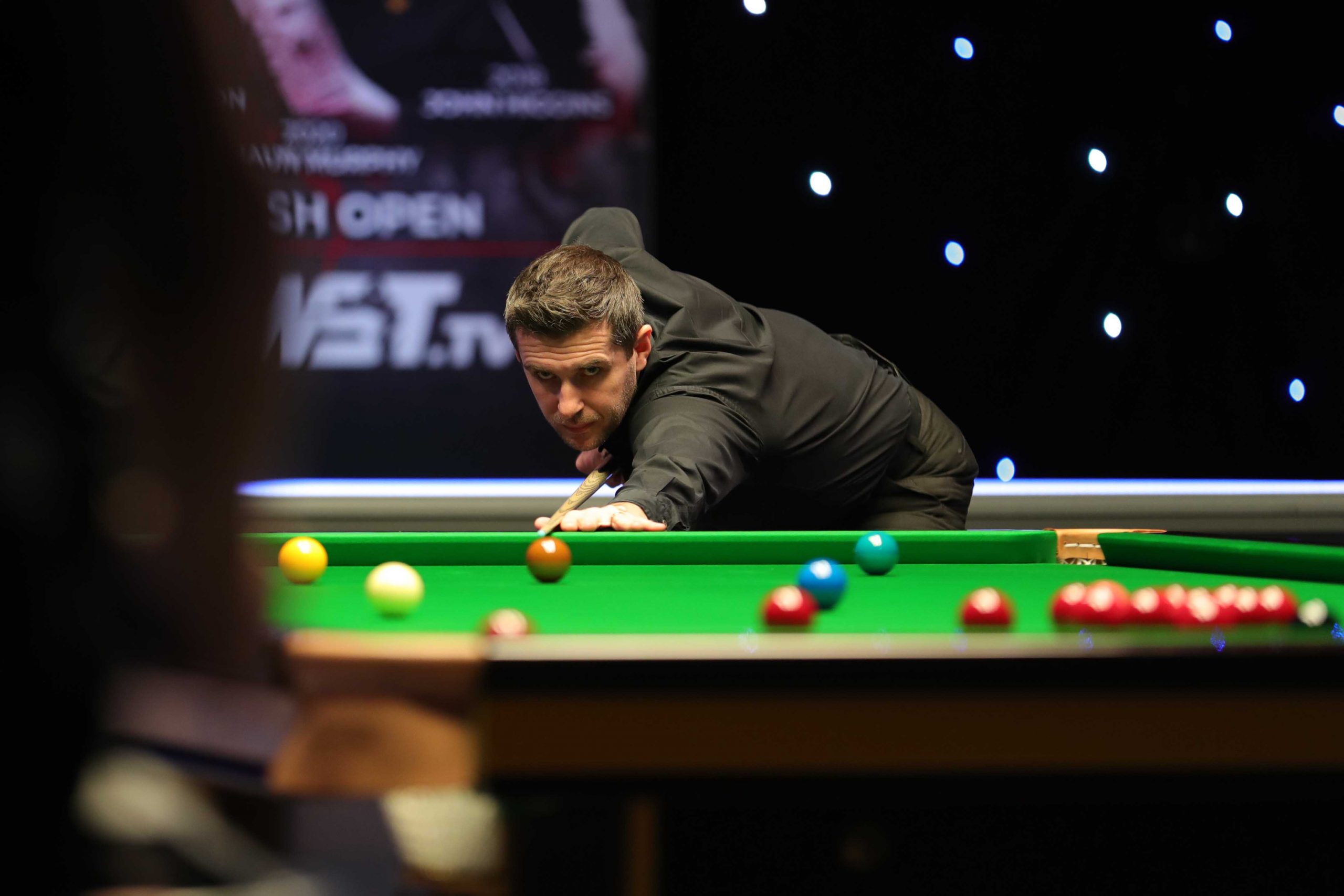 The Jester from Leicester secured the title 12 months ago with a 9-6 win over Jack Lisowski in the final in Glasgow. Today, breaks of 63, 70, 60, 100 and 82 were enough to see off former Crucible finalist Bond.

Thailand’s Noppon Saengkham sprung a shock 4-2 defeat of Scotland’s four-time Crucible king John Higgins. Saengkham fired in a superb break of 127 in the concluding frame to secure the win.