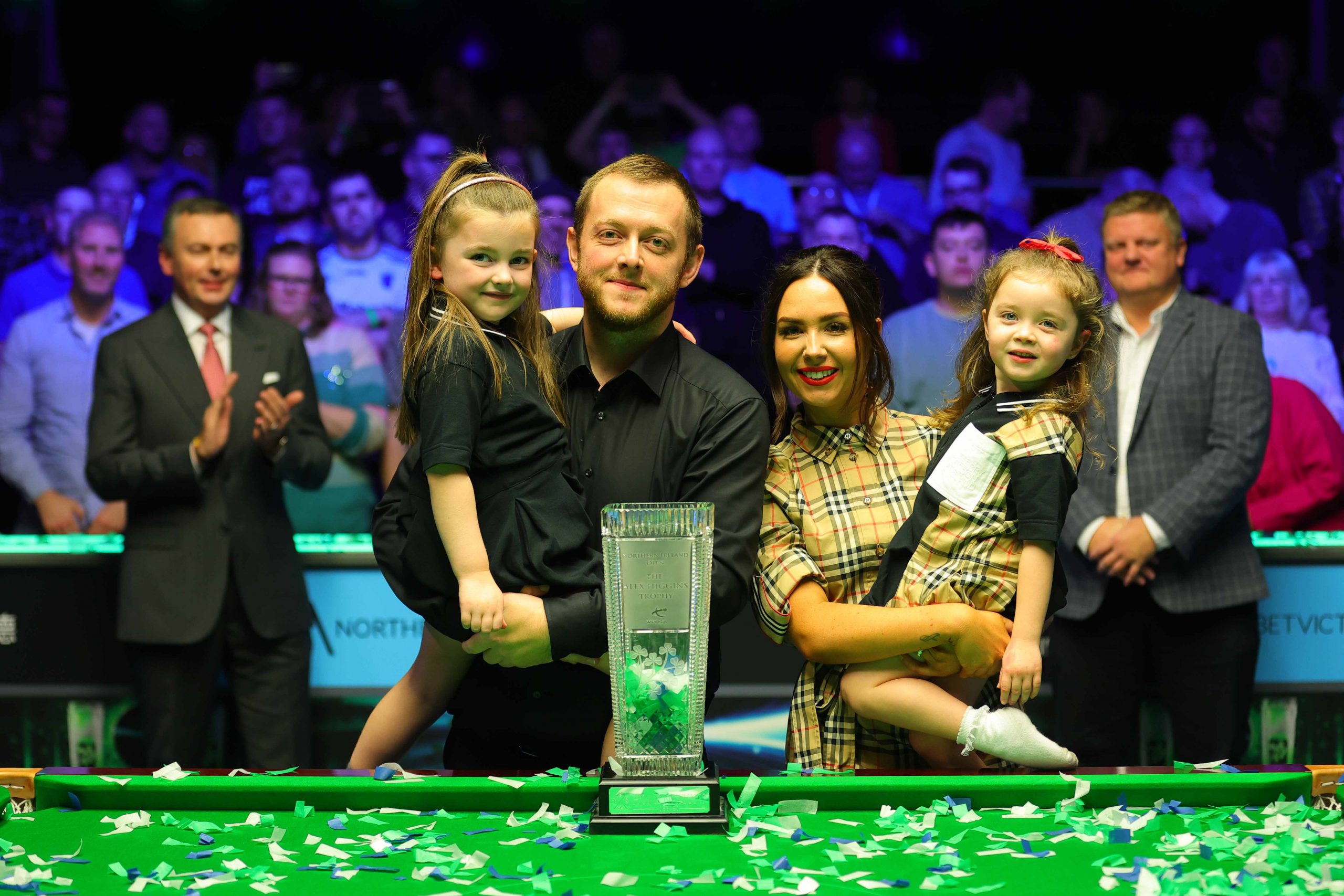 Northern Irishman Allen had openly admitted to struggling with the pressure of playing in his home event prior to last year. However, having never previously reached the semi-finals, he made a 147 on his way to a maiden final in 2021. Allen then defeated John Higgins 9-8 in a thrilling encounter to land the title.

Allen has now won 14 consecutive matches in this event and this evening’s victory sees him pick up the seventh ranking title of his career. The 36-year-old retains the Alex Higgins Trophy and scoops a top prize of £80,000. Allen also clinches the last remaining place in the upcoming Champion of Champions, an event he missed 12 months ago due to personal reasons.

Allen put in the work away from the table over the summer and it is paying dividends on the baize. He was runner-up in the recent British Open to Ryan Day and has now landed his first title of the campaign. Allen has lost nearly five stone in a bid to get fitter, which was inspired by a chat with World Champion Ronnie O’Sullivan after he lost to him at the Crucible.

The Pistol has negotiated a perilous path to this year’s final, beating the likes of Mark Williams and Neil Robertson along the way. He looked in trouble this afternoon when he trailed 4-1, but rallied to end the session level at 4-4.

China’s former World Cup winner Zhou will be left to rue not pressing on in the afternoon session, but can reflect positively on a week which has seen him reach his third ranking final. The 24-year-old was runner-up at the 2020 Shoot Out and the 2020 European Masters. Despite not landing that first ranking title, he leaves with the consolation of £35,000.

Allen eased to victory this evening, carrying the momentum from his great escape in the afternoon. After taking a 28-minute first frame, where he constructed a break of 53, he powered to the finish. 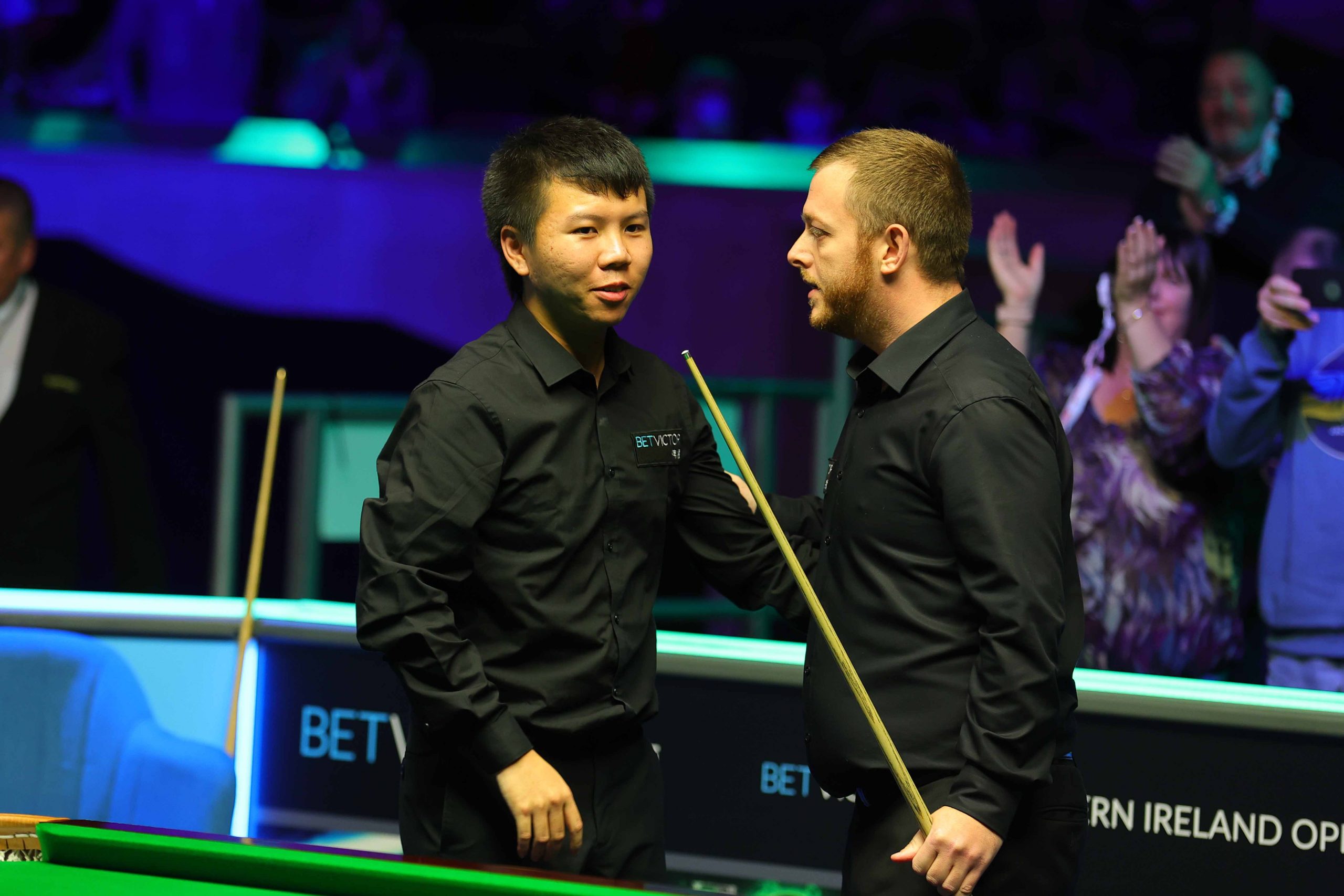 The 2018 Masters champion crafted breaks of 85, 50, 51 to move to the verge of victory. Allen then fired in a stunning break of 109 to get over the line, clearing the table to take his eighth consecutive frame and sending a sold out crowd wild.

“It is a very proud moment. I’ve won two Northern Ireland Open titles. I never ever thought I would say that,” said Antrim’s Allen.

“It is crazy. I didn’t think this moment would come. It is hard to win individual matches, so I just wanted to come here and make a good account of myself as defending champion. I wanted to fight for everything, not give up and make it as hard as possible for my opponent.

“I felt that if I could nick the eighth frame to go 4-4, he would really struggle mentally. I think he lost it in that session rather than me winning it. I felt he would rue his missed chances. After hanging on and getting out 4-4, I felt like I’d won.

“The walk on this evening felt like a football arena. The crowd singing Sweet Caroline, didn’t feel like a snooker match. It is something I could get used to, that was very special. I’ve always said I am a proud Northern Irishman, I want to do it for the fans as well as myself and my family. I think I am starting to repay them for the years of anguish I’ve gave them here.”