Baize To The Ballroom For Wakelin 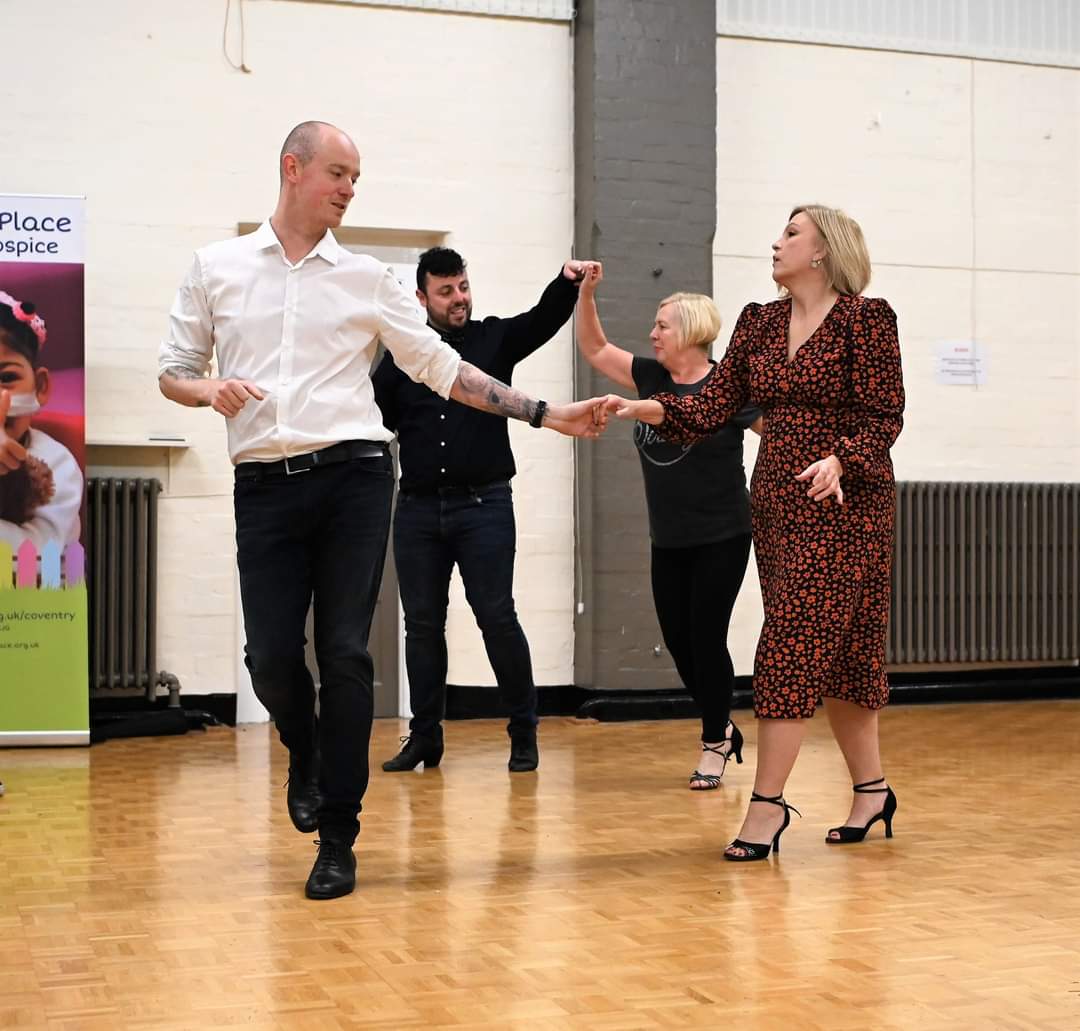 World number 62 Chris Wakelin will be swapping his snooker cue for dancing shoes next month, when he takes part in a Strictly Christmas charity fundraiser in aid of Zoe’s Place Baby Hospice.

Wakelin has no prior experience in ballroom dancing, but will take the plunge on December 17th and 18th, when the event takes place in Coventry.

The participating couples, made up of one more experienced ‘professional’ and a new ‘contestant’, will perform both a cha-cha-cha and a quickstep in a bid to qualify for the final night. Their scores from judges will be combined with an allocated number of points based on how much money they have raised for Zoe’s Place away from the dance floor.

So far Wakelin has raised over £2,000 by taking part in a range of other fundraising activities. You can donate by clicking here.

The Nuneaton cueman admits that the prospect of him dancing in front of a crowd was, at one point, a very distant one. However, after seeing his brother compete in the same event, he was drawn in to doing something for a very worthwhile cause.

Wakelin explained: “My first knowledge of Zoe’s Place came when going to watch my brother in Strictly Christmas four years ago. I went along expecting to see a dancing show, but in fact what I saw was an enormous group of people all with an interest in raising money for babies, children and their families who sadly aren’t going to see their fifth birthday. It was months of hard work and a team of 70 odd people trying to support this charity, which at the time I’d never heard of. I had a visit at the hospice not long after that and saw what amazing work they do.

“I got asked if I would like to take part in this year’s show. It was one of those things where I said I would consider it, but really in the back of my mind I was thinking that I’d never danced before or been a performer of that sort. One drunken night I got home and thought I’d fill in the form to see what happened. Of course I got accepted and asked along for the induction. I’ve never looked back to be honest.

“I thought that the quickstep would be more my cup of tea. It is all about good posture and having a good frame. You need to have an upright frame being a runner and you obviously try to keep your upper body nice and stiff in snooker as well. The cha-cha-cha is all about being nice and free, loose, having your body moving and your hips swinging. I’ve never danced in my life, that’s not really me. However, I’ve actually enjoyed the Cha Cha Cha a lot more. It is more of a challenge for me and I’m not the kind of person to back away from something which I perceive as being difficult. I’ve really thrown myself into it. The whole process is an overwhelming experience. Learning a new skill and having an amazing time, as well as doing something really worthwhile for charity.” 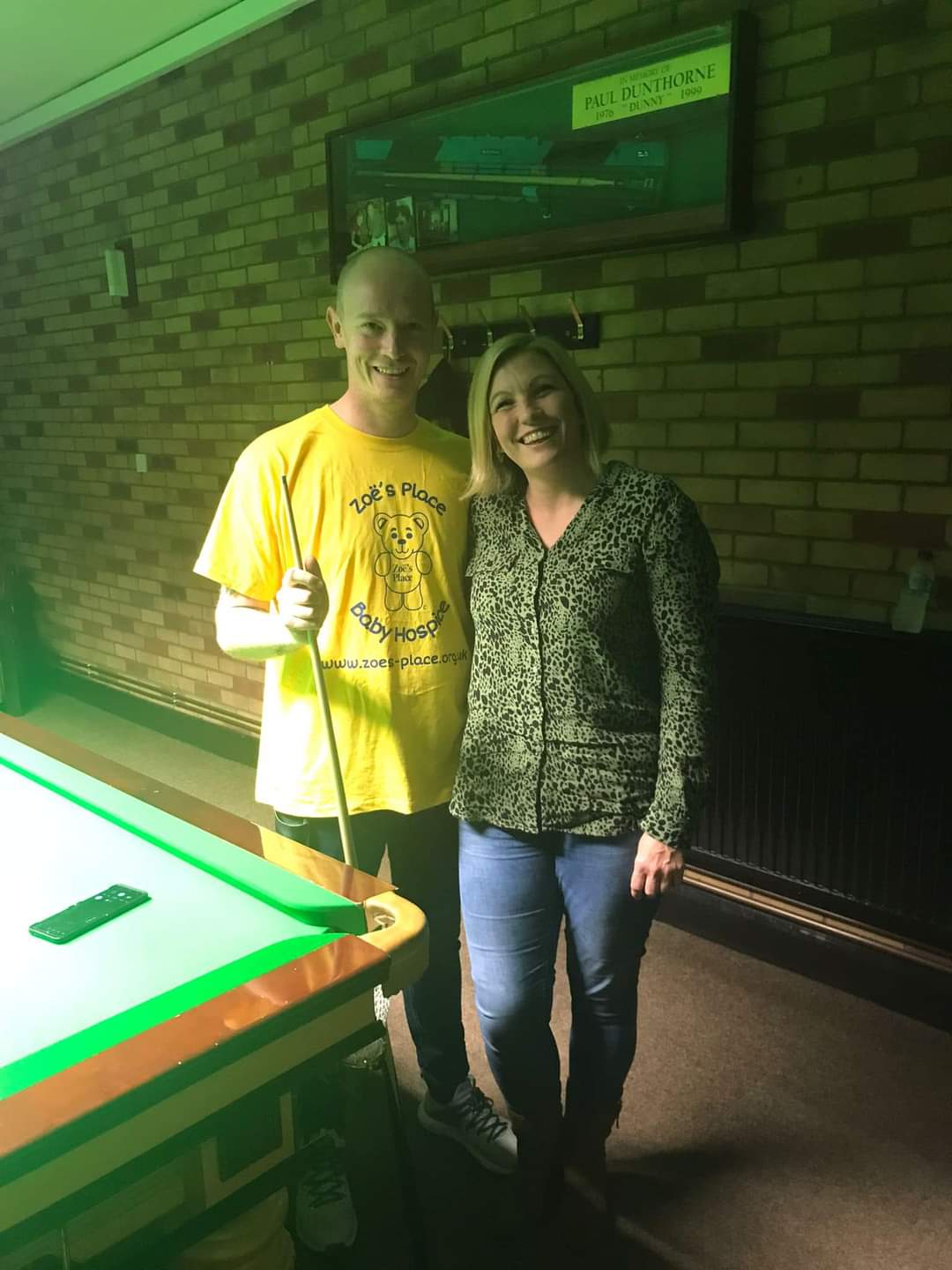 Away from the ballroom Wakelin has been working tirelessly to raise further funds for Zoe’s Place. Having taken up running over the summer, he focussed part of those efforts on road races and has now done a 10k race and a half marathon. Wakelin also completed a 24 hour snookerthon, which itself raised over £1,000.

“That was the first time I’ve ever ran a half marathon distance. I trained for the Nuneaton 10K and that was my main focus for fundraising. I had no intention of running a half marathon until spring next year. I saw five days before the event, that the Coventry Half Marathon was taking entries. I went for it having only ever ran 11k in my life prior to that. It was double what I’d ever done before,” said 29-year-old Wakelin.

“The snooker was a great, but very tiring, experience. Like any sportsperson will tell you, there are purple and cold patches. I started off with a couple of centuries and all of a sudden it dried up for a few hours. I set myself a personal target of making one century every hour. I managed to make the 24th one with about an hour to go. I was really chuffed to beat that personal goal of mine.

“It ran from 12pm until 12pm the next day and by seven in the morning I was gassed out. Those last few hours were tough. I was really tired and couldn’t see properly. I’d been awake for nearly a whole day and had five or six hours to go. I played my best mate, Ian White who owns the club, in the last hour. I had a bottle of beer while we played as a little celebration for what I’d been through. I had a little tear in my eye at the end, it was an amazing thing to do and a brilliant day. To raise over £1,000 was brilliant. There wasn’t any time for rest though. As soon as we finished that I jumped in the shower and went to dance practice a couple of hours later. ”

On the table Wakelin is preparing for a Cazoo UK Championship clash with Jamie Clarke next week in York. The victor will face either David Lilley or 2019 World Champion Judd Trump in the second round. 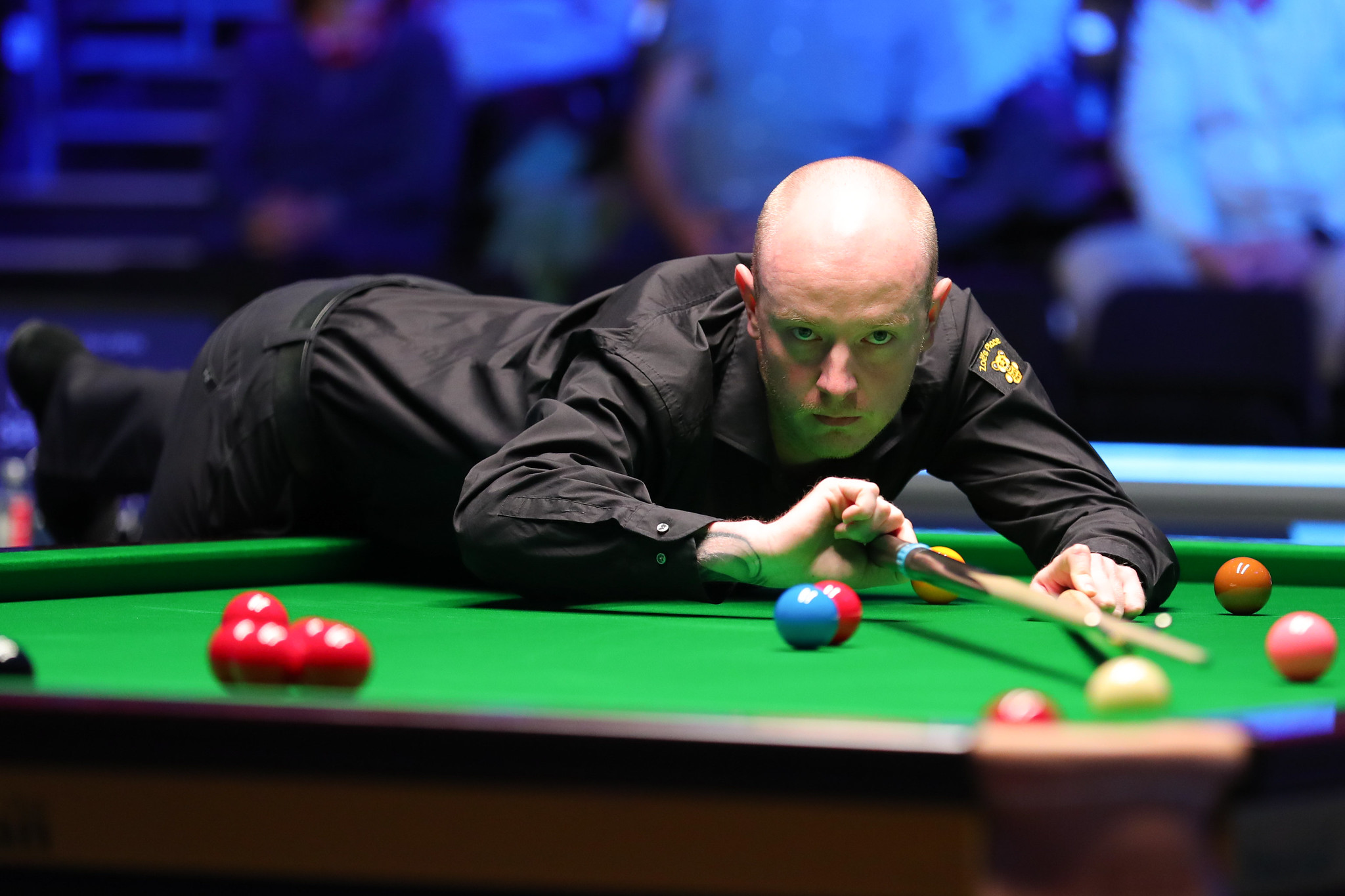 Wakelin heads to York off the back of two very contrasting performances on the TV table so far this season, both against seven-time World Champion Stephen Hendry. He succumbed to a 3-2 defeat against 52-year-old Hendry in the British Open, after what turned out to be a below par performance from both players. However, he rectified that in the recent English Open, defeating Hendry 4-0 in style, courtesy of breaks of 141,135 and 85.

“It was a complete disaster for both myself and Stephen at the British Open and there is no getting away from or hiding that. This time around I felt like I did myself justice. You want to showcase what you can do and I thought I made a far better account of myself the second time around. I felt good, prepared well and put in a good performance.

“Every player on tour knows they can do that on the practice table but to go out and do that on TV is a big confidence boost going forward. I had a lot of players, friends and family and snooker fans congratulating me and sending me messages about how well I played. Plenty of people cut you down and remind you of how badly you played when it doesn’t go well. It was nice to have people praising how I played.

“It is a tough first round tie against Jamie Clarke in York. We are both going up the rankings and in the right direction with our careers. Jamie is a lovely lad. I speak to him every tournament and have a little catch up. I’ve no doubt it will be a good game. I’d like to get through to the weekend. It is a lovely city to spend time in. There is normally a bit of snow around and the Christmas market is on. It is a beautiful city at the best of times but it really is fantastic at that time of year. I would more than likely play Judd Trump if I got through. I actually said that I couldn’t beat him in the Eurosport studio recently. Hopefully I can silence myself and do a bit of damage!”