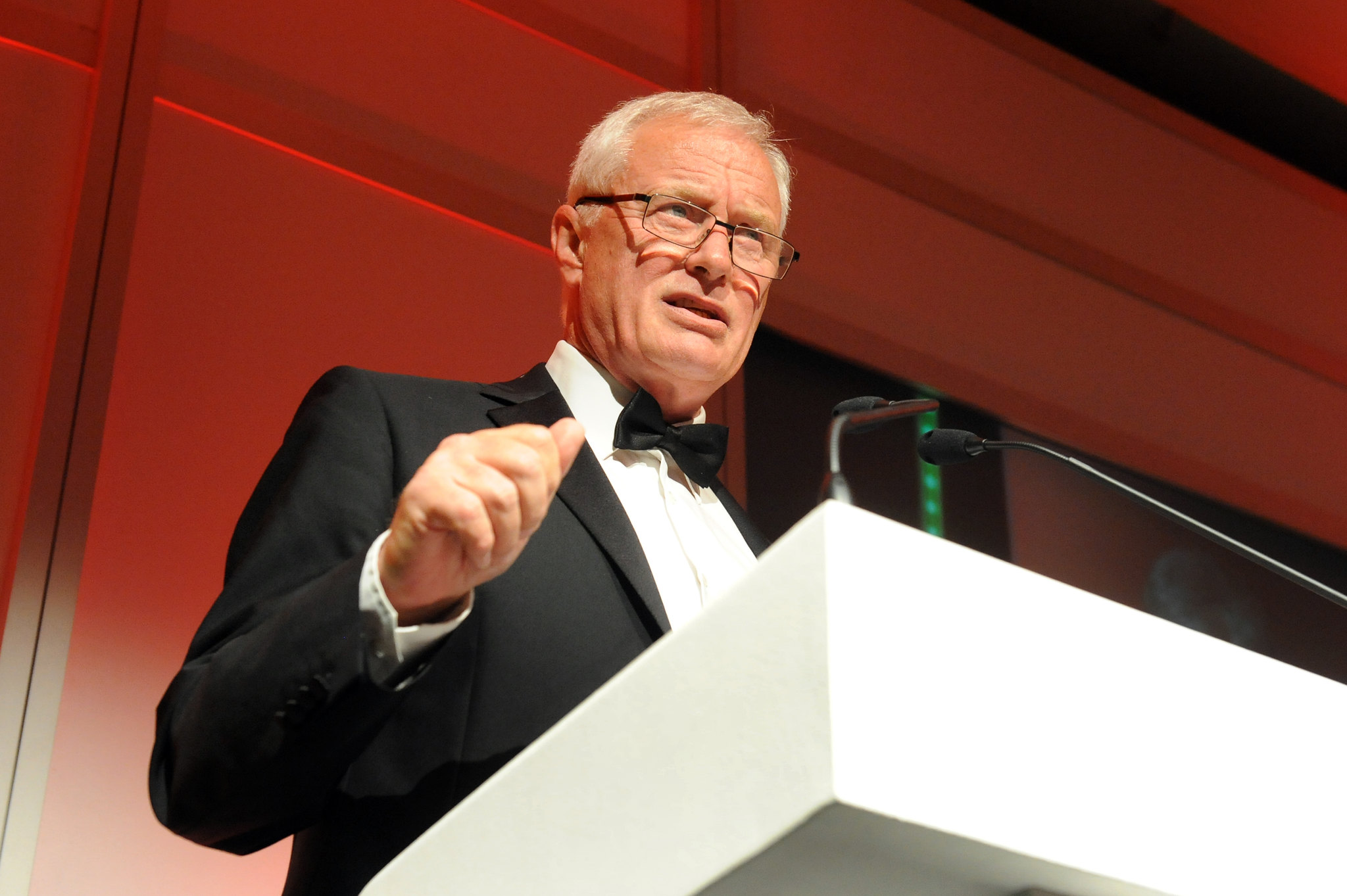 WST President and former Chairman Barry Hearn was presented with the Coutts Lifetime Achievement Award at the 20th edition of the Sport Industry Awards yesterday evening.

Hearn stepped down as Chairman earlier this year, having taken over in June 2010. Yesterday evening’s honour was awarded after almost 40 years in the business, having founded Matchroom Sport in 1982. As well snooker, the company has been a leading promotor in boxing, darts, pool, gymnastics and many other sports.

After being presented the award, Hearn said: “In 1975 I started promoting sport, I did it for one simple reason, because I’m a failed sportsman. I love sport, I’m passionate about it. I always wanted to be heavyweight champion or to play for England.

“I’ve ended up, since 1982, the Chairman and now the President of Matchroom Sport. We have given young men and women the opportunity to change their lives through sport. Irrespective of where they have come from, sport lets you get even against the world, and that’s what sport is about. It’s why we dedicate ourselves and go the extra mile and create a work ethic no one else can live with. Because we are special. Sport unifies the nation, irrespective of colour, creed, religion. Sport is all embracing and we need it more than anything else through these difficult times.

“There is over 150 people in the Matchroom group and I want to thank everyone of them because I wouldn’t be here without them, including my son who reminds me so much of me. He steals all my quotes, none of what Eddie says is original.

“To receive this award, I’m eternally grateful. Thank you.”