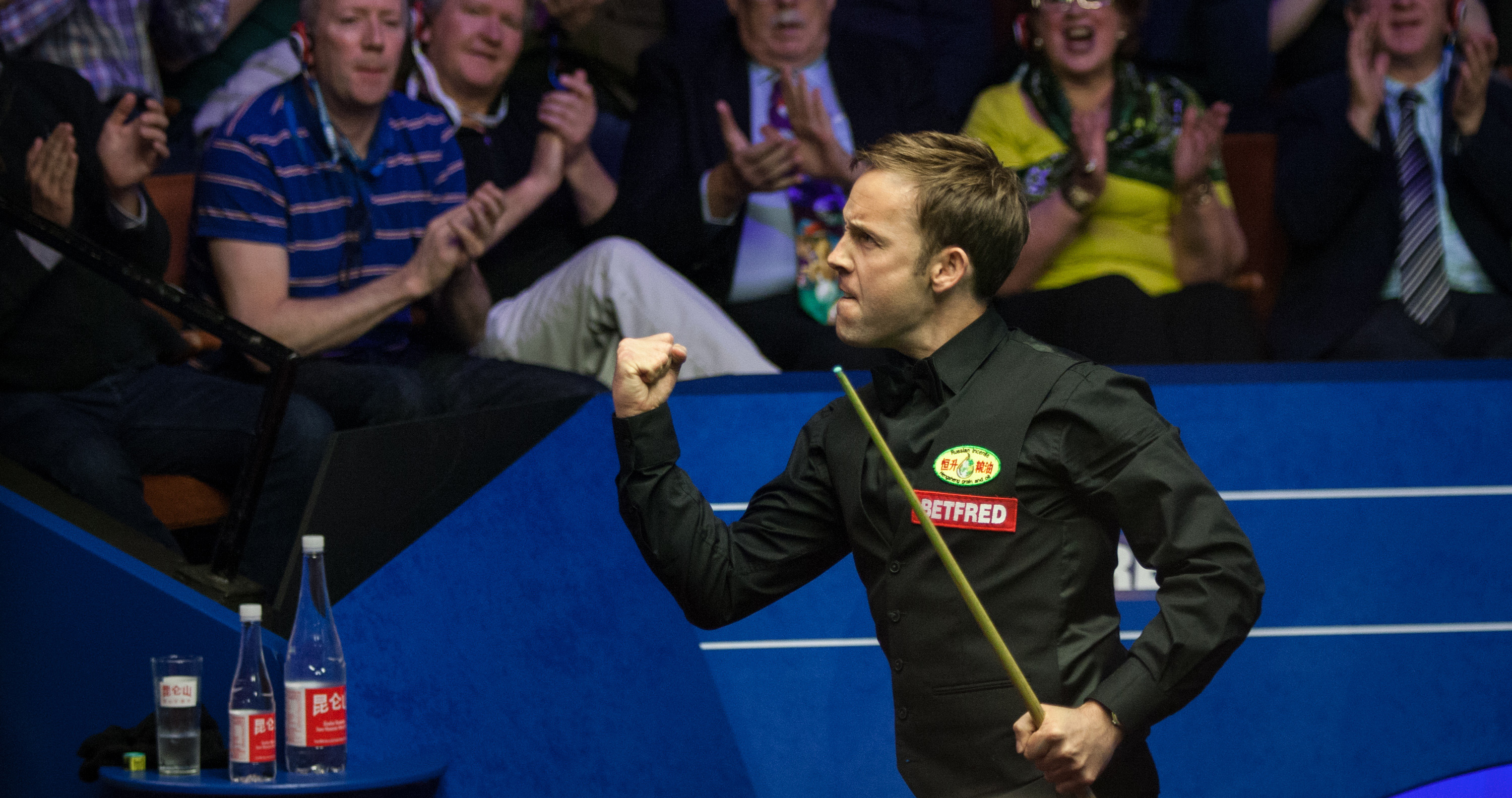 Those emerging from the brutal qualifying process for the Betfred World Championship have always more than earned the right to walk down those famous stairs and into the iconic arena at the Crucible.

And this year’s crop, with only two debutants in the form of Mark Joyce and Sam Craigie, looks to have a particularly troublesome appearance for some of the seeded elite top 16 whose passage was guaranteed.

There are some real Crucible heavyweights including a former champion in Stuart Bingham, a twice former finalist in Ali Carter and former semi-finalists in Ricky Walden and Gary Wilson.

You find generally two clear and opposite schools of thought on how the battle at the English Institute of Sport will have affected those involved. Either they will be totally match-sharp and at the top of their game, with an advantage over those who have been practising rather than involved in competitive action.

Or alternatively, there could be some level of fatigue, particularly if you were one of those that for example played four matches and then had to start on Saturday morning. That fate has not befallen any of the players this time, though five of the qualifiers did have to come through three rounds.

Normally before the draw the top players might have a private inkling about who they would fancy in the first round even if they would never utter those thoughts in public. And experience on the greatest stage is something they would rather avoid if possible.

Using this sort of analysis Joyce, Craigie, Liam Highfield, Lyu Haotian, Chris Wakelin and Tian Pengfei – with a total of just four appearances between the six of them – might at first glance have figured high on the ‘wanted’ list for the likes of defending and six-time world champion Ronnie O’Sullivan, and world No1 Judd Trump.

O’Sullivan did indeed get Joyce starting on Saturday morning, and Trump drew Stoke’s Highfield, a regular opponent going back to junior days being of very similar age. Highfield, 30, is a very talented player at his highest ever ranking of world No49, whose career has almost certainly hampered by the debilitating Crohn’s disease, as has been the case for Carter.

Trump, the 2019 world champion, will be a heavy favourite against Highfield who lost 10-5 to Mark Allen on his only previous appearance in 2018 – as will O’Sullivan against Walsall’s Joyce on opening day.

Joyce, though, having finally qualified at the 18th attempt at the age of 37, has bags of experience everywhere but in Sheffield and will almost certainly go out to enjoy an overdue occasion.

Newcastle’s Craigie, 27, is the other first-timer. A fine player and successful junior, Craigie lost his place on tour after a single season in 2012, and after taking years away from snooker got back on in 2016 since when he has done better. Playing the vastly experienced and three-time world champion Mark Williams will be a huge test of his belief and character, as well as his ability.

The other three with a single appearance to their name all performed well. China’s Lyu Haotian, a completely different proposition now at 23 to that when first turning pro too early at 15, beat Marco Fu 10-5 before only going down 13-10 to Crucible stalwart Barry Hawkins. Allen may need to find something more than he has shown recently there.

And of the pair who lost in the first round, both were battling displays. Wakelin, who faces David Gilbert, lost a decider to Trump, and Tian, who must take on the in-form John Higgins, took Stephen Maguire the whole way.

Beyond those six, it certainly doesn’t get any easier for the seeds in the remaining 10 ties. Maguire is likely to have his hands full with Wales’s Jamie Jones, a former Crucible quarter-finalist before a ban for breaking betting rules set his career back. Since regaining his tour spot last summer, Jones has looked a picture of determination. 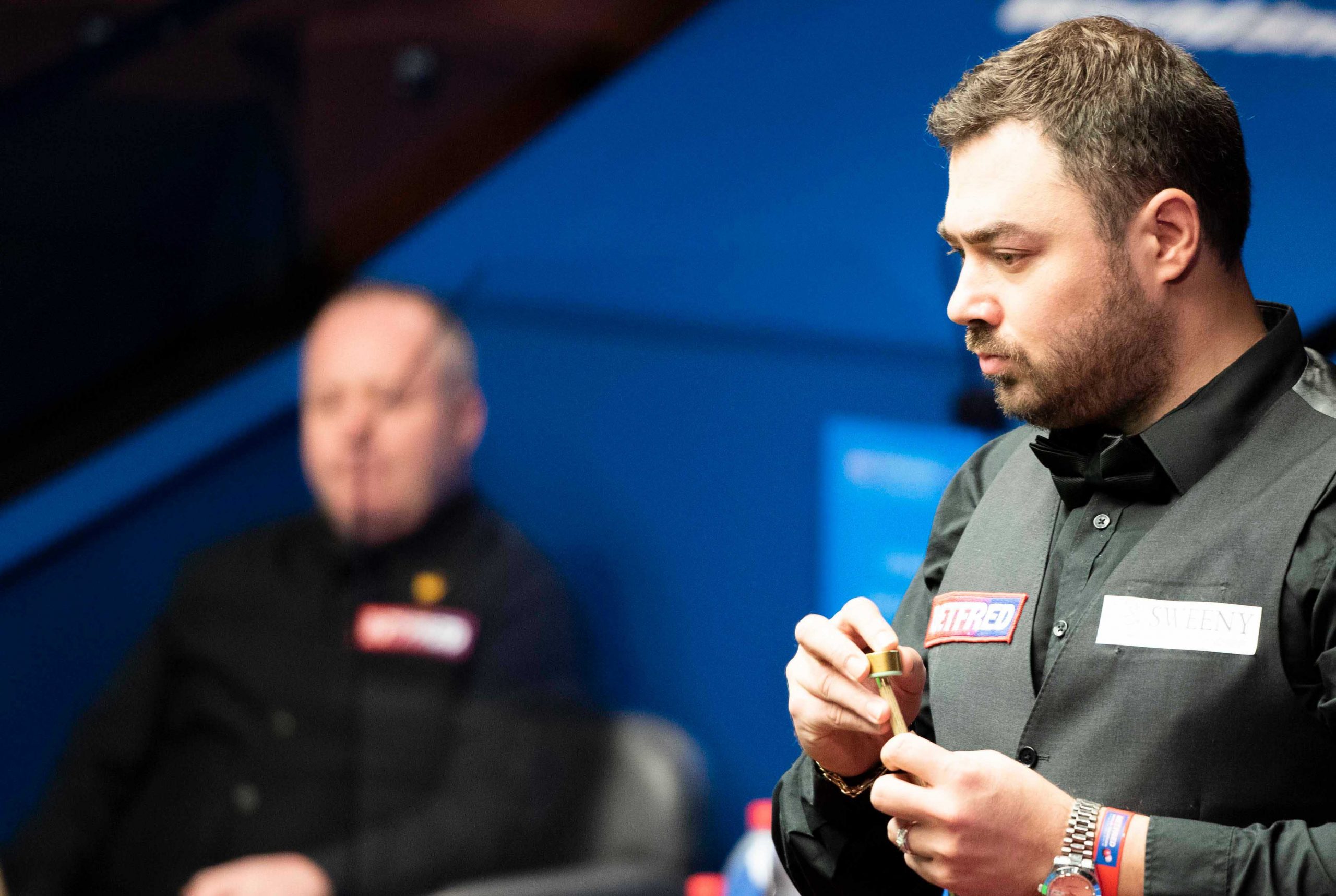 Kurt Maflin played some brilliant stuff in getting to the quarters at last year’s World Championship and if he can emulate that level of play after taking three months away from competition this year, he could give three-time winner Mark Selby another great game, much as he did losing 10-9 in 2015.

The unpredictable Liang Wenbo of China, a former ranking event winner himself, may find recent Tour Championship winner Neil Robertson too strong. And Mark Davis, 48, now the record-holder at 11 for the number of successful Crucible qualifications, is going to have to find form not shown all season to beat former champion Shaun Murphy.

But among the remaining six qualifier there is little solace to be taken by the seeds. Bingham was arguably the nightmare draw, and that ‘honour’ has fallen to Ding Junhui who has never won this title despite such a prodigious talent. Ding’s focus, occasionally questioned, will have to be spot on for this one.

And for the rest, they are more than capable of giving their higher-ranked opponents a real game and some scares. Martin Gould takes on the young Masters champion Yan Bingtao. Walden, who beat Ryan Day so impressively in qualifying, can trouble Anthony McGill.

Carter will take full advantage if Jack Lisowski’s concentration is not at the maximum, while in the match-up of the Wilsons Gary will be the underdog but in no way awed by last year’s runner-up Kyren. Matt Selt, paired with Barry Hawkins, is probably playing the best snooker of his life at the moment…and it all adds up to a cracking start to the tournament.