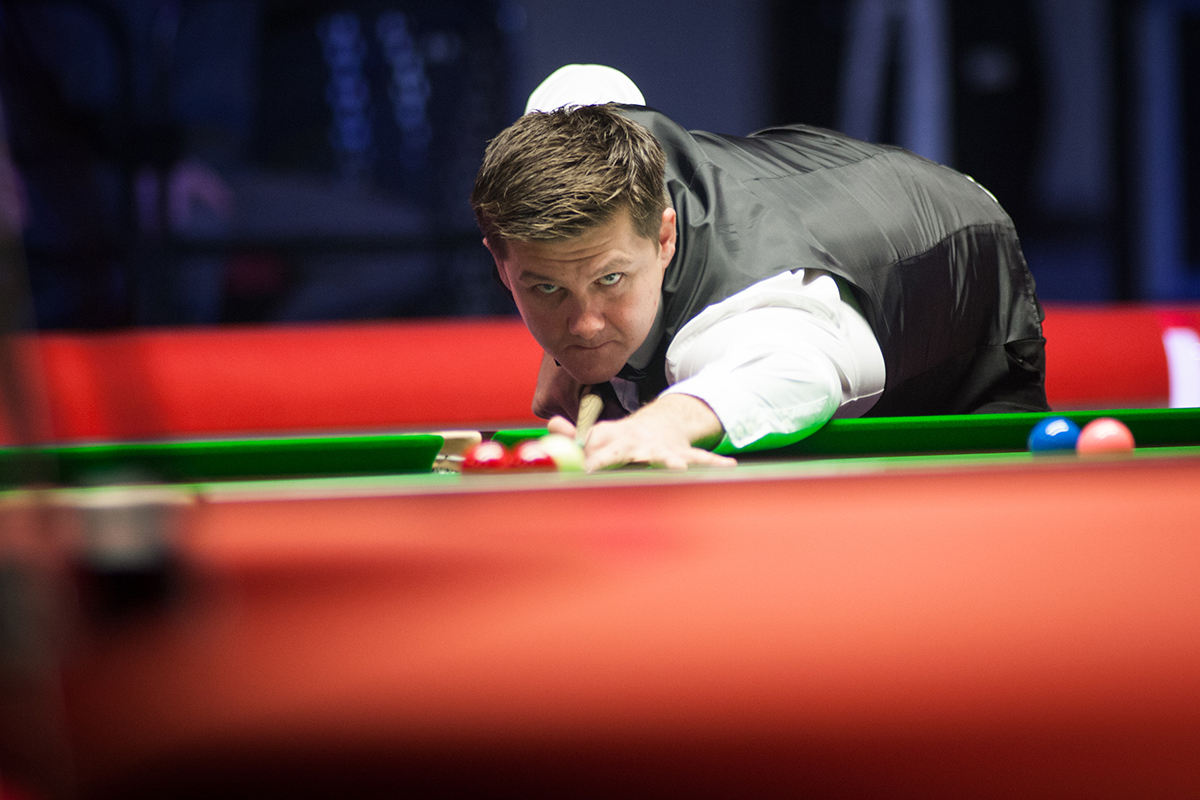 Bingham’s passage to the next stage started in the first match of the afternoon session where he shared the points with an inspired Michael White after a 2-2 draw.

White meanwhile was going about his business swiftly with a 3-1 victory over Elliot Slessor, including his second century of the day, to have four points from two matches.

The pressure was soon on Bingham to perform in his second match of the day against Gao Yang and that’s exactly what he did with a 3-0 victory, which included a clearance of 134. That topped the group’s previous high break of 112 set by White.

A win was paramount for White in his last encounter of the day to apply the pressure on Bingham and he delivered one after going into an initial 2-0 lead over Gao. Eventually sealing things at 3-1 after a scrappy final frame where it looked like it could’ve got away from the 2017 Paul Hunter Classic winner.

Bingham went into his match with Slessor knowing any form of victory would do with the high break already in his pocket.  He won the opening frame, before being pulled back to 1-1. An effortless clearance of 116 in the third frame by Bingham set things up finely poised for the last where the Essex cueman did what was required after a moment where it seemed Slessor may take a point.

Bingham said: “A hard day for me today, my nan passed away at the beginning of the month and her funeral was today. It’s been a tough day, seeing all the family at the wake after, it was tough to get my head around it. Obviously in the end I got the job done. This is for my nan.”

Day’s progression to the next stage was far more straightforward after back-to-back wins over Barry Pinches and compatriot Jackson Page to be top on six points and three clear ahead of the evening session.

The Welshman knew a point would be enough in his final match to seal the top spot and Day did just that against Hossein Vafaei to finish the day, three points clear of Page.

Day felt if he performed like he did today, he could go far: “A bit surprising really. I haven’t had too much time to get practice in, the weather’s been too good to be stuck indoors playing snooker. I thought I played really two good matches, I felt really sharp straightaway. I’m really pleased.”

“From now, I will probably be spending more time on the practice table. I don’t know whether if that’s going to be a good or bad thing. Sometimes a break is as good as anything. I think the break I’ve taken this summer is as long as I can remember. Probably the longest time I’ve had away from playing in probably my whole career. Maybe there’s something in it.”