Bingham And Ding Pause At 9-9

The Betfred World Championship first round clash between Stuart Bingham and Ding Junhui was stopped with the score at 9-9 at the end of the second session, with the deciding frame to be played later on Tuesday night. 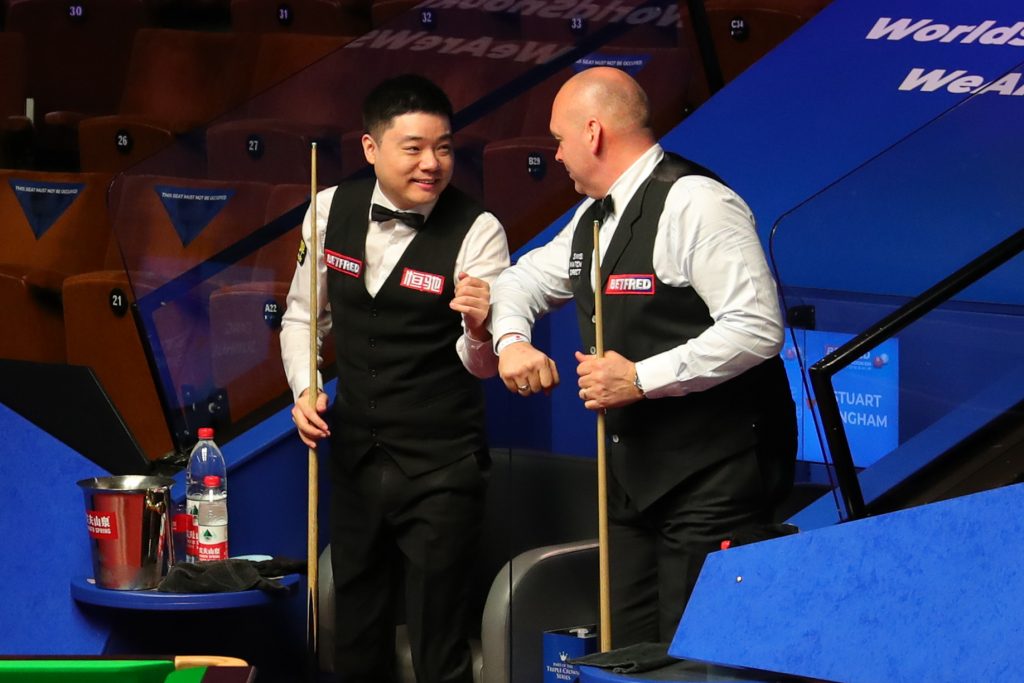 They will return on the first available table during Tuesday evening’s session, to play one frame with a place in the last 16 against Jamie Jones at stake. The 18th frame finished at 6.20pm, which meant there was not enough time to start another frame, with the evening session due to start at 7pm.

China’s Ding led 63-0 in the 15th when he missed a straightforward frame-ball black off its spot. Bingham clawed his way back and snatched it with a 38 clearance to take the lead. Ding’s run of 52 helped him level at 8-8.

Frame 17 lasted 30 minutes and came down to a battle on the colours. Bingham, leading 67-46, was fortunate to snooker his opponent behind the pink after missing the brown and leaving it hanging in the jaws of a baulk corner. The Englishman later thumped in a long brown to edge ahead.

But a missed red to a baulk corner from Bingham early in the 18th let Ding in for a run of 54 to square the match.