Bingham Happy To Stay Under The Radar 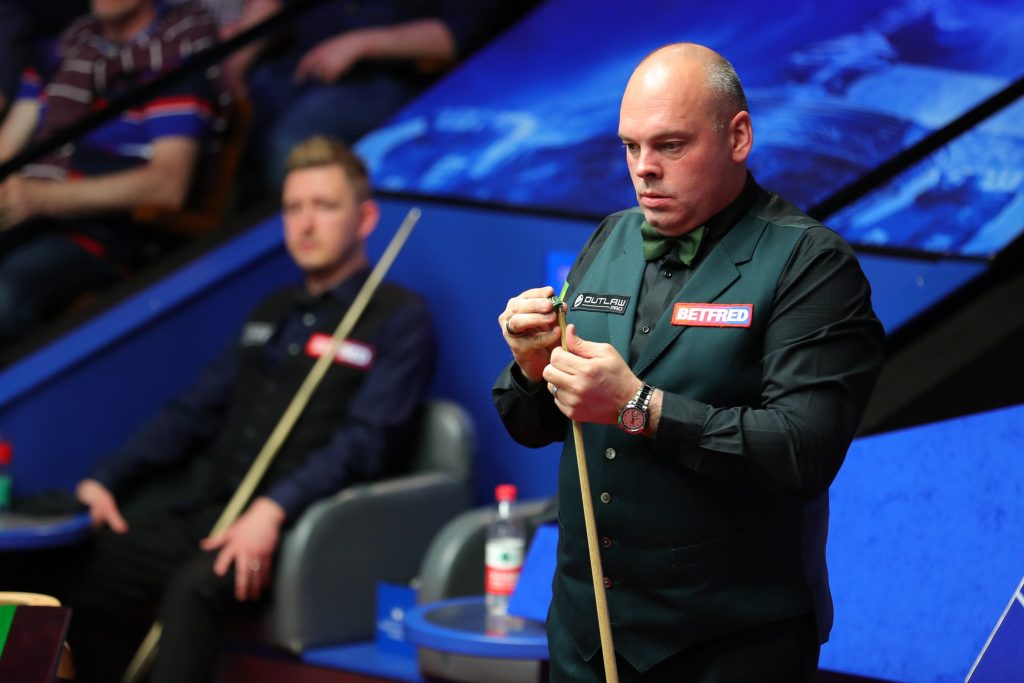 Bingham has reached just one semi-final so far this season, at the Cazoo World Grand Prix in December

Stuart Bingham pulled away from 8-8 to beat Kyren Wilson 13-9 in the second round of the Betfred World Championship, and the 2015 Crucible king admitted he’s content for other players to be talked about as the title favourites.

Bingham has proved beyond doubt his ability to beat the best on the Sheffield stage – in 2015 he got the better of Judd Trump, Ronnie O’Sullivan and Shaun Murphy, while last year he enjoyed a fine run to the semi-finals. To knock out Wilson, the 2020 finalist, was another excellent result for 45-year-old Bingham.

The Essex cueman is into the quarter-finals for the fourth time and will face either Judd Trump or Anthony McGill next. As it stands, Bingham remains a 14/1 shot for the title with Betfred.

“I’m fine with coming under the radar and just letting it happen,” said Bingham. “Ronnie is always one of the men to beat, John Higgins is playing well, Judd’s back into form, Neil is man of the season, Mark Williams is playing unbelievable stuff. Every year is hard, whoever you play. It’s getting tougher and tougher because the class of 92 are still there and not easing up.”

Tied at 8-8 going into the concluding session, Wilson scored just 21 points in the first four frames today as Bingham surged 12-8 ahead with top runs of 97, 76 and 52. The first of those breaks had him on target for a 147 until he ran out of position on the third-last red and couldn’t leave himself a shot at the black.

After the interval, Bingham was on the cusp of wrapping up the match until he missed a tricky pot on the penultimate red when he led 66-27. The frame came down to a tactical battle on the last red and an error from Bingham handed Wilson the chance to clear up and reduce the gap.

Wilson had an opportunity to pull another back in frame 22 but, trailing 37-36, failed to convert a difficult pot on the second last red along the side cushion. Bingham cleared to the blue, which was enough for a place in the last eight.

“I felt as if I was in control for most match, though neither of us played particularly well yesterday,” added Bingham. “I’m just over the moon because every mistake Kyren made today, I punished him. At 12-8 it was more or less all over, but then things started to go against me a little bit. I showed some emotion at the end because it was good to get over the line. It could have easily been 12-10 and then demons start popping in your head.”

Asked about his 147 attempt, Bingham said: “It is on my bucket list to make one here so hopefully I will have another couple of chances next match. Before I retire, I want to get one here.”

Wilson said: ‘’The momentum was completely with Stuart today, the first two frames killed my spirit a little bit. He showed what a great champion he is. It’s so hard to win this tournament so anybody that has managed to do that is obviously a great player in their own right, people shouldn’t forget that.

‘’It’s been a strange season for me, I’ve had about five cues on the go. I’m comfortable with what I’m doing now so I’ll only improve and get ready for next season. I don’t think there’s anything different I can do at this event, sometimes you need a little bit of luck on your side, when you have that you can go on and win these tournaments.”