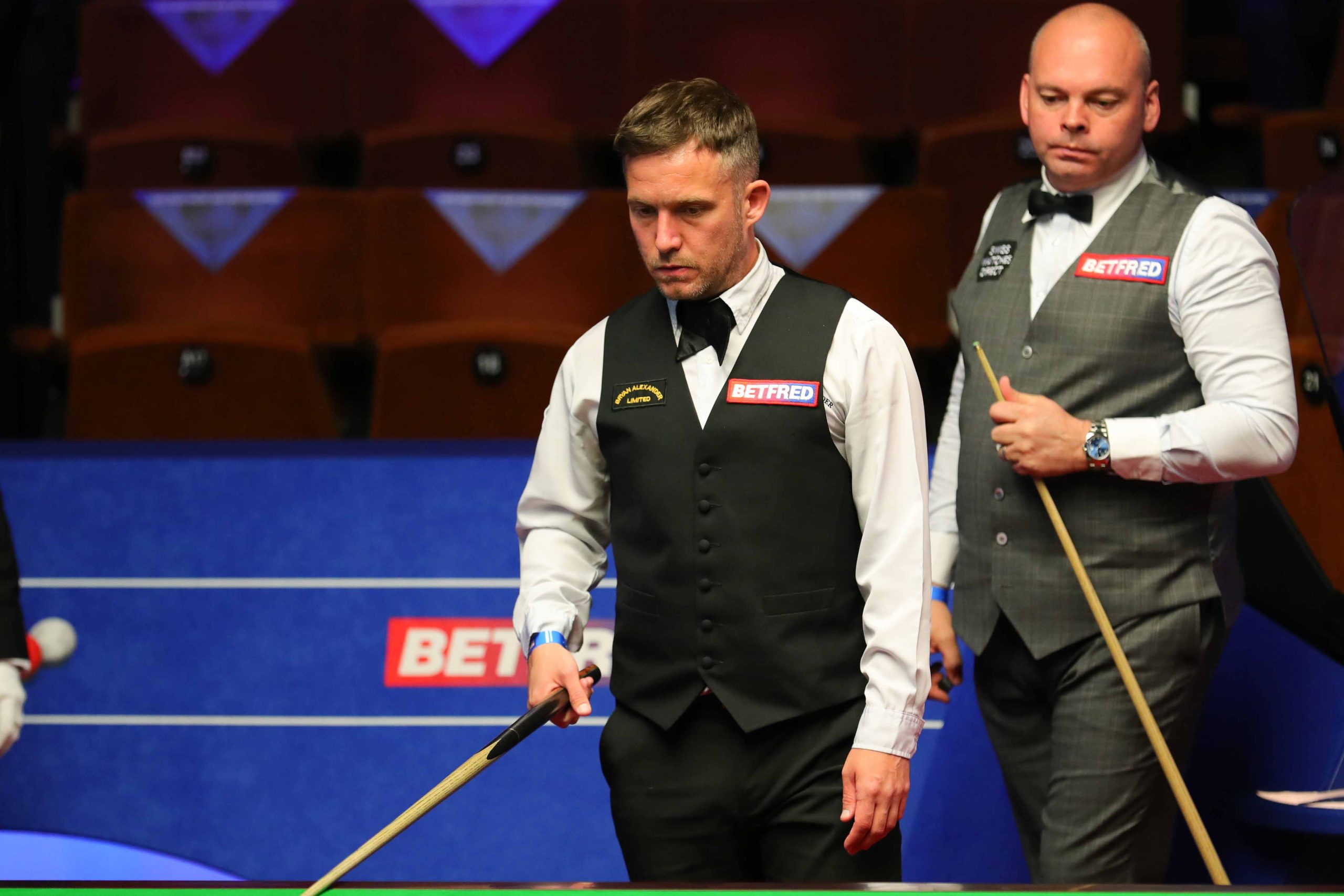 Stuart Bingham holds a 10-6 lead heading into the final session of his second round clash with Jamie Jones at the Betfred World Championship.

The 2015 World Champion had to come through qualifying this year for the first time since 2011, after dropping out of the world’s top 16. He defeated Luca Brecel 10-5 on Judgement Day.

Bingham looked to have converted that into match sharpness in the opening round at the Crucible, edging a 10-9 thriller against Asian number one Ding Junhui.

They came into this evening’s session locked together at 4-4, but it was Basildon’s Bingham who took control of proceedings once play got underway. Breaks of 77, 119 and 61 saw him take the first three frames and move 7-4 ahead. Welshman Jones then won the next to head into the mid-session two behind at 7-5.

When play resumed Bingham had a brilliant opportunity for a 147, but ran out of position on the 11th black by clipping a baulk colour. That ended his run on 81, but it did allow him to move 8-5 up.

A break of 59 then saw Bingham edge further in front, before Jones claimed a tight 15th frame to make it 9-6. However, Bingham won the last to end with a 10-6 advantage. They will play the best of 25 encounter to a conclusion tomorrow from 1pm, with the winner progressing to face Anthony McGill in the last eight.

On the other table world number one Judd Trump established a 11-5 lead over David Gilbert.

The Ace in the Pack had trailed 3-1 during the opening session, but has since claimed ten of the following 12 frames to take a stranglehold on proceedings.

This evening saw Trump compose breaks of 57, 11, 69 and 67 to end the day requiring just two more frames for victory. They will return to play a finish tomorrow from 1pm. The victor will meet either Shaun Murphy or Yan Bingtao in the quarter-finals.