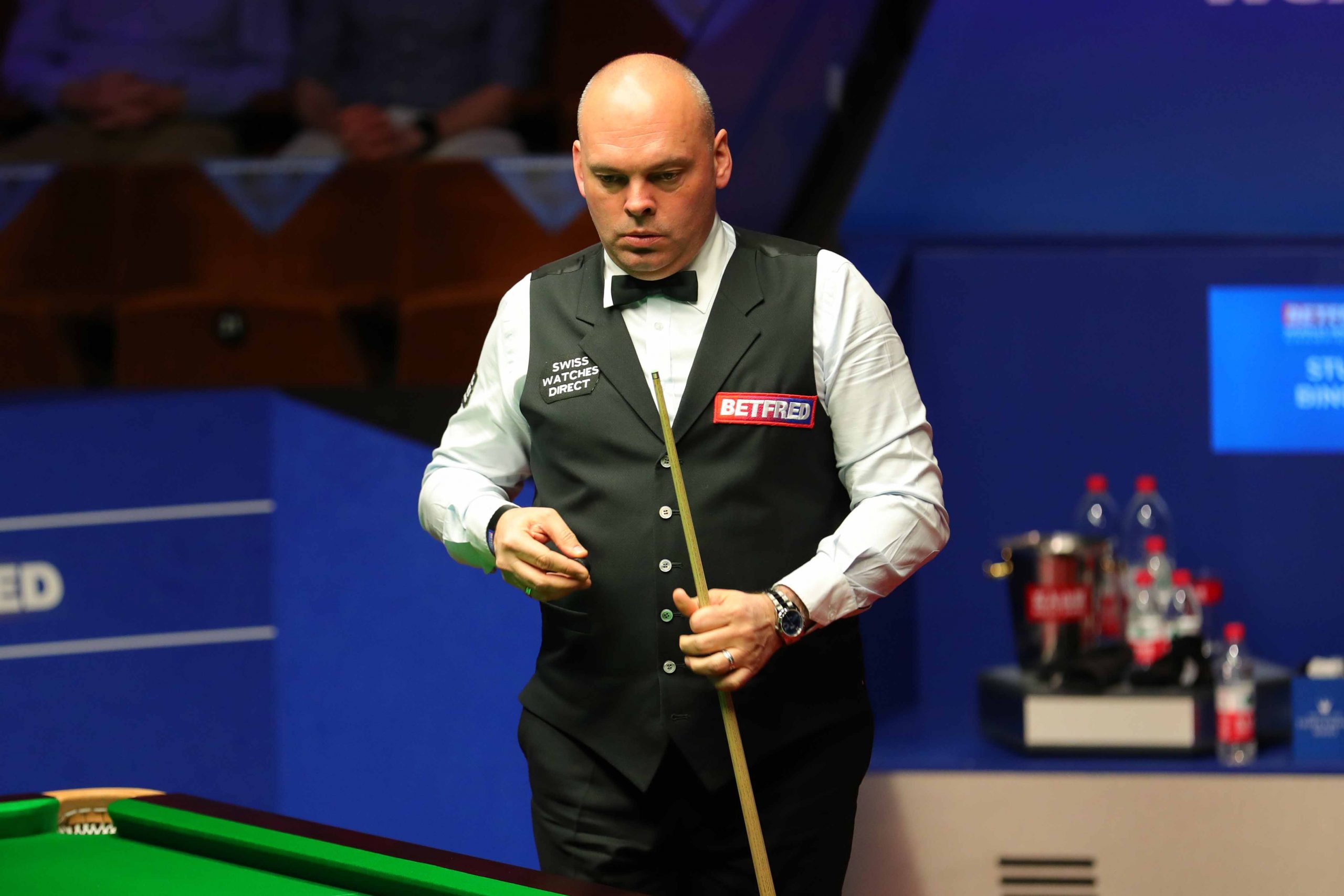 Stuart Bingham battled to a 13-11 lead over Mark Selby after a session which saw one frame re-racked twice and another last 63 minutes in their Betfred World Championship semi-final.

Bingham had trailed 9-7 coming into this evening, but showed his steel by taking six of the eight frames to eventually emerge two ahead, with the clock 20 minutes shy of midnight.

He hit the ground running, composing breaks of 131 and 96 to take the first two frames of the evening in a relatively comfortable fashion and draw level at 9-9. However, from there the pattern of play took a fiercely tactical turn.

A marathon 19th frame lasted 63 minutes, before Bingham eventually clinched it on the final black to take the lead. The Basildon cueman then headed into the mid-session two to the good, crafting a run of 78 to make it 11-9.

When play resumed Bingham added a fifth on the bounce to move three ahead. Selby stopped the rot by winning the 22nd frame, after it had been re-racked twice, with a break of 62.

The Jester from Leicester then clawed his way back within one by making it 12-11 with a break of 51. However, it was Bingham who won a 53-minute final frame of the session. His break of 63 was enough to get him over the line, despite Selby probing for an extended period after requiring snookers.

The pair will return tomorrow afternoon from 2:30pm to play the best of 33 encounter to a conclusion. Selby, a three-time World Champion, is aiming for a fifth world final appearance, while 2015 Crucible king Bingham is vying for a second trip to snooker’s biggest match.