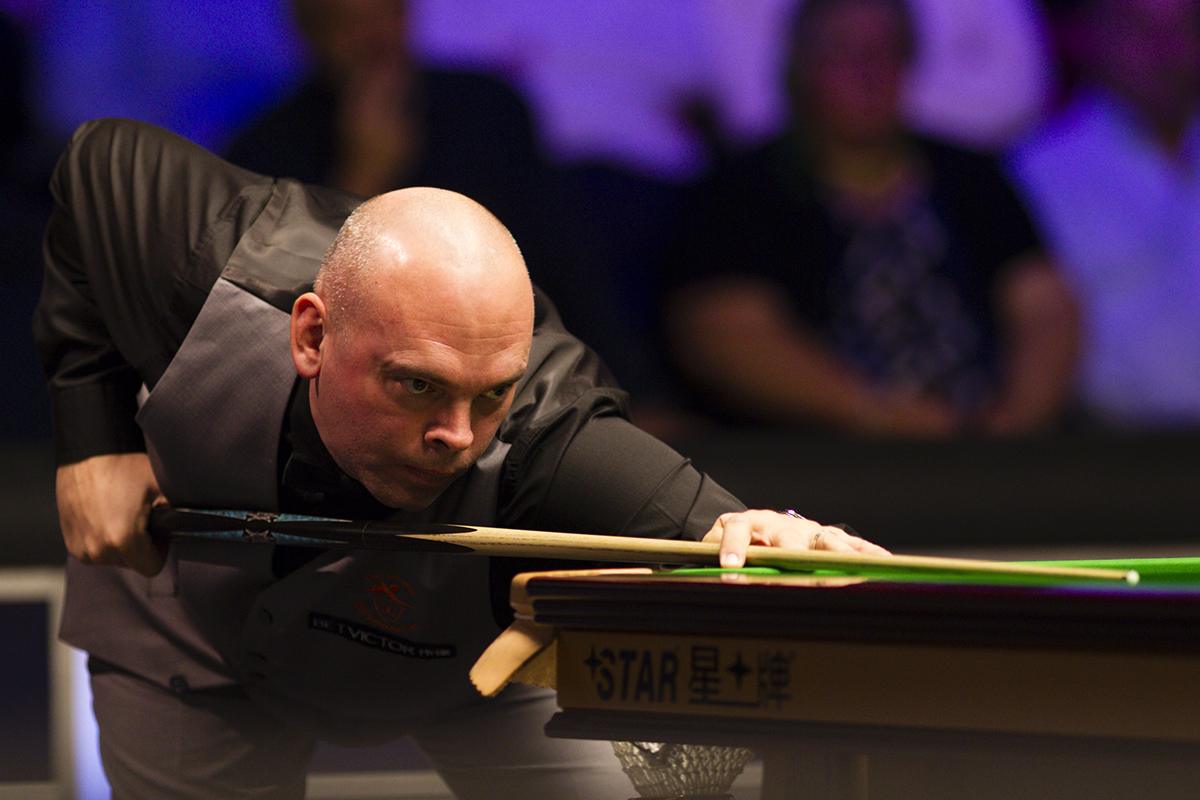 Stuart Bingham edged to top spot in group one thanks to a 2-2 draw with Ricky Walden at the Matchroom.Live Championship League in Milton Keynes.

Masters champion Bingham won his opening match of the day with Welshman Jamie Clarke 3-0. He then crucially composed a break of 94 in the first frame against Jordan Brown, a match which he eventually drew 2-2 having led 2-0.

It came down to a winner takes all clash with Walden, who also sealed a 3-0 win over Clarke and a 2-2 draw with Brown. Breaks of 73 and 51 had put Bingham 2-1 ahead, but Walden stole the last frame to make it 2-2 and draw level on five points with Bingham. However, 2015 World Champion Bingham’s 94 break against Brown was the highest either player made in the day and acted as a tiebreaker.

Bingham said: “Watching it all week, the winners usually had at least seven points so the way it is worked out is mad but I’m over the moon to get through.

“I was happy with my game, considering we haven’t played a competitive match for three or four months. I was a bit twitchy in some of the frames but all-in-all it’s a good day’s work.”

Joining Bingham in the Group Winner’s phase is Leicester cueman Ben Woollaston, who progressed on the other table. He recorded 3-0 wins over Liam Highfield and Thor Chuan Leong, before a 2-2 draw with former European Masters winner Jimmy Robertson secured top spot in group eight.