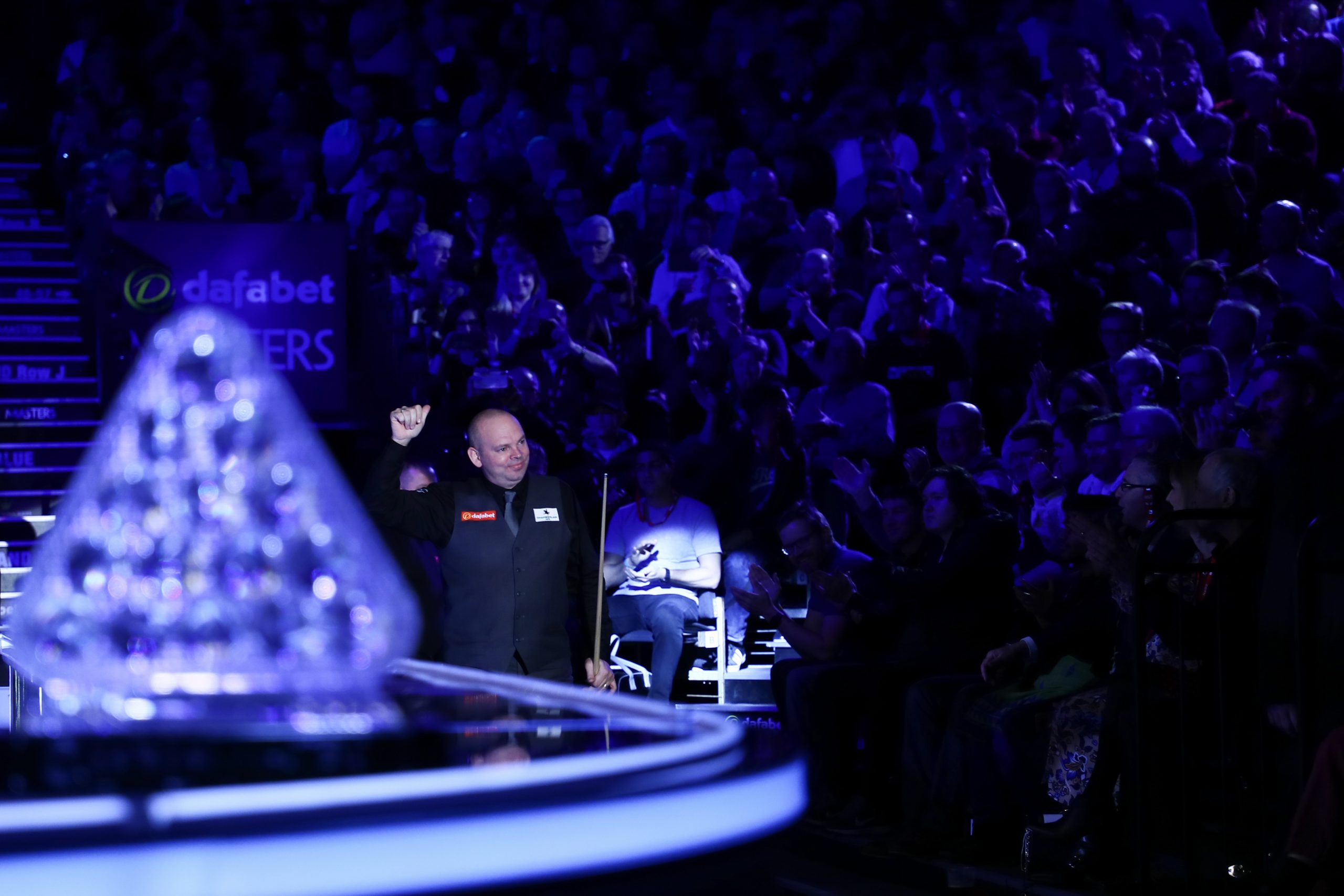 Stuart Bingham is prepared for a stern test when he gets the defence of his Masters title underway on Monday against Thai number one Thepchaiya Un-Nooh.

World number 12 Bingham lifted the Paul Hunter Trophy for the first time 12 months ago, after a thrilling 10-8 defeat of fellow Essex cueman Ali Carter in the final.

Since then, the 2015 World Champion has struggled to find his best form, having failed to go beyond the last 16 of any event. Bingham hopes that the task of facing the quickfire Un-Nooh and bidding to retain his Masters title could inspire a revival of fortunes.

Bingham said: “Thepchaiya is as tough as any player in the top 16 at the moment. He is a scary opponent and he can make you look stupid. He can get on a frame winning burst within five minutes. I just have to hope he cracks under the pressure. I probably will a little bit being defending champion, but I am confident I can keep myself together and hope to play well.

“I feel like I’ve played pretty well this season and maybe only had one or two bad performances. Other than those my opponents have just played amazing. I’ve scored well and just haven’t been getting the wins. I’ve been working with my new coach Gary Filtness on a few back to basics things. I’ve been working on my safety a little bit and not just trying to score 100 every time I’m at the table.

“Throughout the whole season following winning at the Crucible in 2015, I loved being announced as World Champion. Being announced as the Masters champion this season has been just as special. It will be great to walk out there as the defending champion.”

Despite being renowned for his scoring power, Bingham’s 2020 victory at Alexandra Palace was hallmarked for his battling qualities rather than his break building prowess.

He rallied from 4-1 down to beat Kyren Wilson 6-4 in the second round and overturned a 7-5 deficit against Carter in the final to win 10-8. Bingham’s first century of the whole tournament came in the very last frame of the final.

“I have that never give up attitude and when I’m behind I can relax and let the snooker do the talking,” said 44-year-old Bingham.

“I was literally gone at 7-5 down in the final. I felt like I had someone else’s arm. A coffee and a Snickers bar at the mid-session seemed to get enough sugar into me and I calmed myself down. I produced some top class snooker when I needed to.

“When I won the 2015 World Championship, my game was in tip top condition. I was scoring for fun and never really had a blip. In the Masters I was in some difficult positions and just always seemed to battle through. At the end of the matches I managed to play some really good snooker.”

Having now won six ranking titles and two of the three Triple Crown events, Bingham boasts an impressive CV. However, it’s been a long road for the Basildon cueman, who turned pro in 1995. 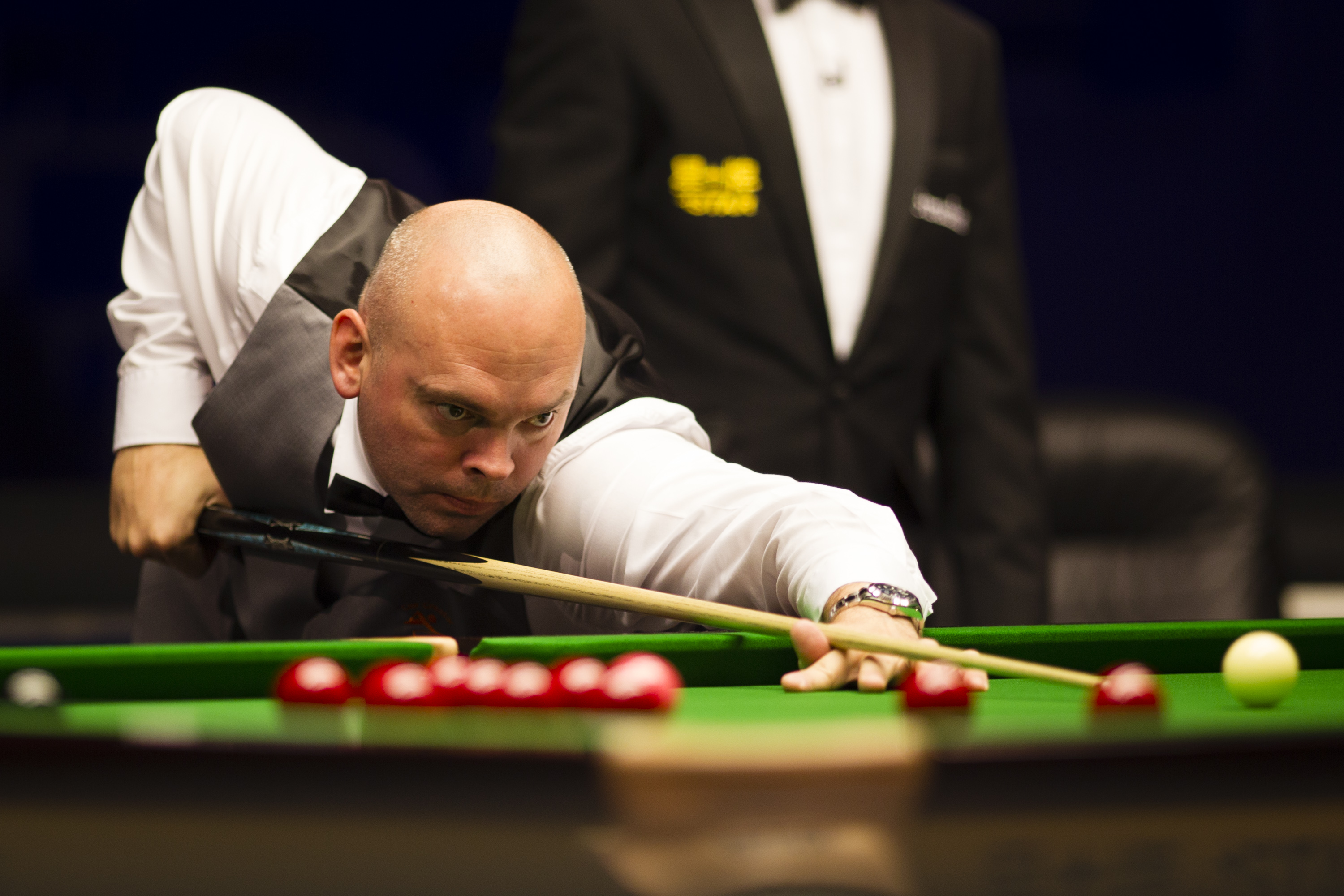 Bingham would have to wait until 2011 to get his hands on maiden ranking silverware, beating Mark Williams 9-8 in a thrilling Australian Open final. He concedes there were moments earlier in his career that caused him to doubt if he would ever make it to the top of the sport.

Bingham admitted: “I was thinking at one point if it would be better to go and get a day job. I lived at home with my mum and dad until I was about 28 and I think finally taking the step and moving out could have been a big moment. It’s a tough environment and some players will go through their whole careers not reaching their full potential. When you do win that first event it is the best feeling ever.

“I always said that I was knocking on the door and it never seemed to open. To beat Mark Williams from 8-5 down and win 9-8 at the Australian Open was incredible. It took me a year to get my head round the idea of me actually being a ranking event winner. Since then the doors have opened.”

The high points of Bingham’s 2020/21 campaign so far have been making his seventh and eighth 147 breaks at the UK Championship and Championship League respectively. That puts Bingham in elite company, as the fourth most prolific maximum break maker in history. Only John Higgins, Stephen Hendry and Ronnie O’Sullivan have made more.

“Before I turned pro I had goodness knows how many. I think I got to about 250 and stopped counting. Anthony Hamilton once said to me that you are a good player when you stop counting 147 breaks! I’m a bit mad for them, when I get a chance and I’m cueing well I have a go.

“I remember my second time playing at the Crucible, all I wanted to do was go for one and get in shot of the championship. I missed the pink against Ken in the first round. I have always loved trying to make them. When I get that first red and they are open I don’t shy away from it.”