Bond's Time To Die As O'Sullivan Strolls Through 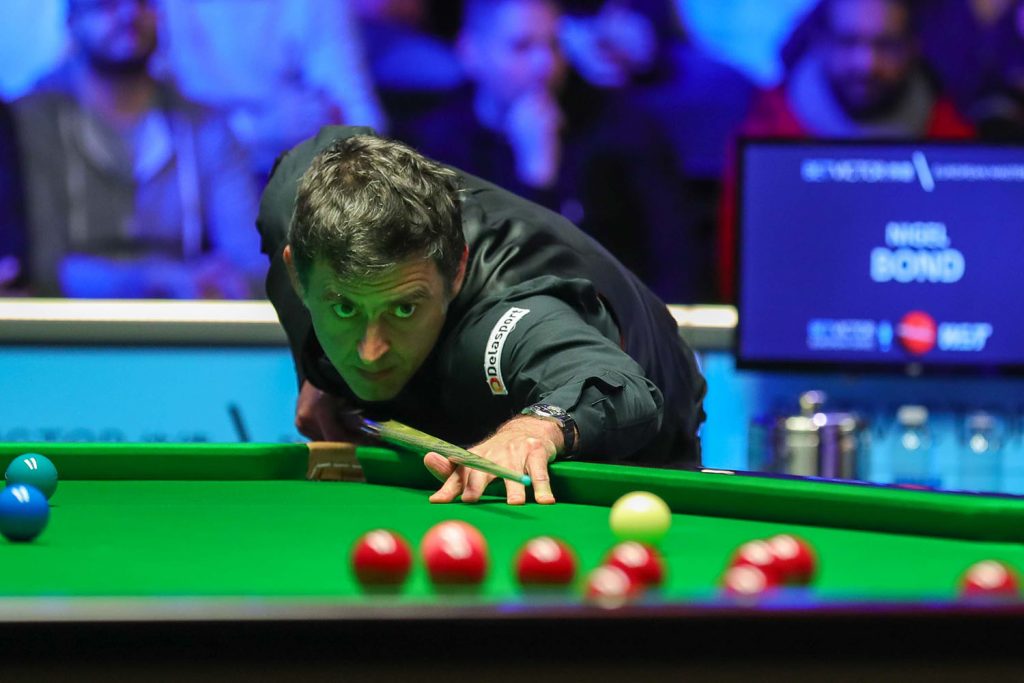 Ronnie O’Sullivan eased into round two of the BetVictor European Masters in Milton Keynes as he beat Nigel Bond 5-1 in the first meeting between the pair in 24 years.

O’Sullivan, chasing his second title of the season having won the Cazoo World Grand Prix in December, will face Zhang Anda in the last 64 on Tuesday afternoon

Bond lost to O’Sullivan six times between 1994 and 1998, and after waiting nearly a quarter of a century for another crack at the Rocket, was unable to score a first victory over his illustrious opponent. O’Sullivan took the opening frame with a break of 82, then added two scrappier frames to lead 3-0. Bond took frame four on the colours to keep his hopes alive, only for O’Sullivan to compile a run of 132 to lead 4-1, and he soon sealed the result in frame six with a break of 50.

“I’m happy to be through,” said world number two O’Sullivan. “I’m in a good place all the time. I focus on feeling good and doing the things I want to do. I love what I do, love my life and I want to enjoy every moment of it. I have done so much in the game and won so much, I have hit the ceiling. I don’t get excited about it any more, it’s a way of life and I enjoy it.

“At the start of my career I was excited because I wanted to achieve. But when you have broken every record you wonder why you are still doing it, so I have to find other reasons to do it, and that is just to enjoy what I do and get away from home. I will hit some balls tomorrow and have some fun.”

Neil Robertson, the player of the season so far having landed three titles, kept his hot streak going with a 5-2 victory over Lei Peifan. Breaks of 130, 98, 67 and 52 helped the Australian set up a match with Alfie Burden on Tuesday evening.

“I made a good clearance to go 2-2 and that gave me the momentum I needed,” said York’s Hugill after boosting his hopes of keeping his tour card at the end of the season. “I have shown this season that I can bring my practice game to the match table and I have beaten some good players. With one deep run in any event I’ll be on my way up the rankings.

“The last five years have been a learning curve for me. I am playing to a high standard in practice with the likes of Yan Bingtao and Zhao Xintong. the fact that they have been winning tournaments gives me extra confidence because I know I can compete with them.”