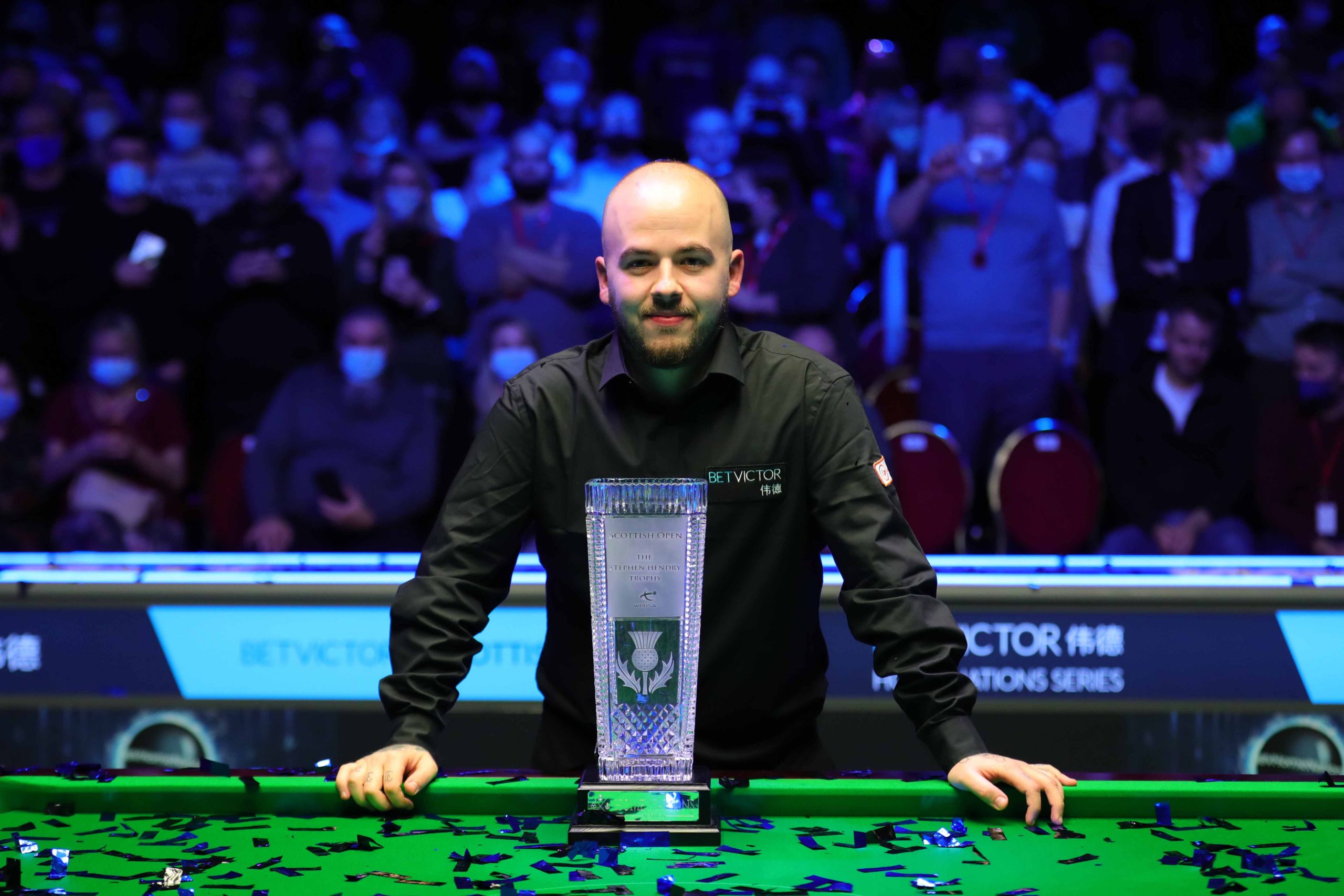 Belgium’s Luca Brecel summoned one of the best performances of his career to beat John Higgins 9-5 and win the BetVictor Scottish Open at Venue Cymru.

It’s the second ranking title of 26-year-old Brecel’s career. He became the first Belgian to lift ranking silverware with victory at the China Championship in 2017. On that occasion he brushed Shaun Murphy aside 10-5.

Tonight’s win comes as no surprise, with Brecel in red hot form. He reached his first Triple Crown final last week at the UK Championship, beating the likes of Stephen Maguire, Anthony McGill and Kyren Wilson on his way to the title match. However, he was denied the trophy by an inspired Zhao Xintong.

Brecel earns £70,000 for tonight’s win, along with the Stephen Hendry Trophy, whilst Scotland’s Higgins has to settle for the £30,000 runner-up prize.

Defeat will be a bitter pill to swallow for four-time World Champion Higgins. Who has now lost in all three of this season’s Home Nations finals. He was beaten 9-8 in both the BetVictor Northern Ireland Open and BetVictor English Open by Mark Allen and Neil Robertson respectively. Higgins was also runner-up to Judd Trump at the Champion of Champions, meaning he has now lost his last four major finals.

Brecel established a stranglehold on proceedings in the afternoon by emerging from the opening session with a 6-2 advantage.

When play resumed Brecel wasted little time in hammering home his advantage. Breaks of 79 and 64 saw him take the opening two frames and move just one from victory at 8-2.

Higgins kept himself in the contest by winning the 11th, before a run of 73 sent him into the mid-session four behind at 8-4.

Upon the resumption 31-time ranking event winner Higgins cranked up the heat by pulling a further frame back. However, Brecel stood up to his illustrious counterpart by hammering home a sublime total clearance of 127 to win the title.

“It is absolutely crazy. I’ve been dreaming of this for so long. Seeing Neil Robertson and Judd Trump winning all of those tournaments, I just wanted to be there as well. To be here now is crazy and to beat John quite easily is unbelievable for my game and for my confidence. It is very special,” said an elated Brecel.

“I felt so bad at the interval when it was 8-4. I had to call someone at home to just relax a little bit. I felt sick. I have never felt like this before, because I wanted to win so badly. You don’t want it to go 8-6 or 8-7, because you just know it isn’t going to happen then. I was really happy in that last frame to get a good chance and clear up.

“I was thinking about my game in the off season and I changed a couple of things like my mindset and some tactical stuff. I also have a new management team and we have been looking at other things like sleeping patterns and eating. We have been trying to get all the details as good as possible. It is paying off. To get to a final and win one is amazing. It has been a great season.”

Higgins said: “He was just too good all day. I didn’t get off to the greatest start and he just punished me. He was fantastic. I tried my best but it just wasn’t good enough. I thoroughly enjoyed being in the final again but I just came up short. It is brilliant for snooker having someone like Luca coming through. Playing in the manner he does is great for the game.”