The Crucible is a cauldron during the World Snooker Championships, but that doesn't mean there isn't occasional levity around the snooker table.

There was a great moment this afternoon in Judd Trump's quarterfinal against Stuart Bingham.

Trump made a lightning fast start this morning, taking the first three frames. Bingham stormed back to take an 8-5 lead.

Trump would battle back and there was evidence that he was enjoying playing again when he indulged in some trickery with referee Ben Williams.

With the seventh frame won, as Trump was cleaning up, he found himself snookered by the pink ball. Trump then distracted the ref and moved the pink ball so he could get a better shot.

Williams was confused, and the crowd and commentators loved it.

'That was like something out of a sitcom. If you look over there, I'll just move the pink.'

During the break, Williams took to Twitter to confirm he'd been fooled by Trump.

What can I say, he got me hook line and sinker https://t.co/1pIZfHRGWn

Trump would win the eight frame, meaning it's all square at eight frames a piece, heading into tonight's session, which resumes at 7pm.

The winner will play either Mark Williams or Yan Bingtao in the semifinal, who are both level on eight frames each as well.

This morning Ronnie O'Sullivan breezed into the semifinals, as he continues to chase Stephen Hendry's record for seven world title wins.

Stephen is an all-time legend for me, the greatest player,” O’Sullivan told the BBC.

“He was the Tiger Woods of snooker. Me, John (Higgins) and Mark (Williams) have all done well, but when he was flying he was a superstar.

“When there’s three of us, we’re not superstars. But when there’s one man dominating the sport like he did, like Tiger Woods, it’s a different level.”

SEE ALSO: Quiz: Name Every Player To Hit A 147 Break At The World Championship 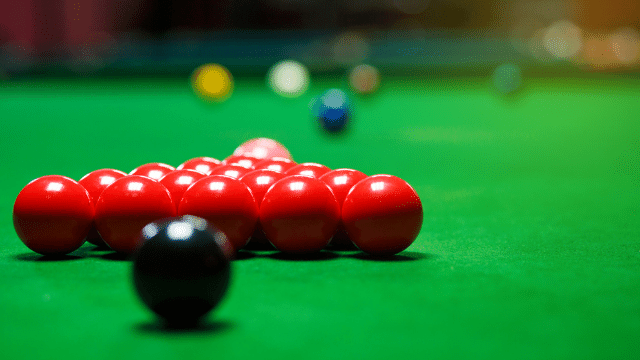