Brown Aiming To Hit The Heights 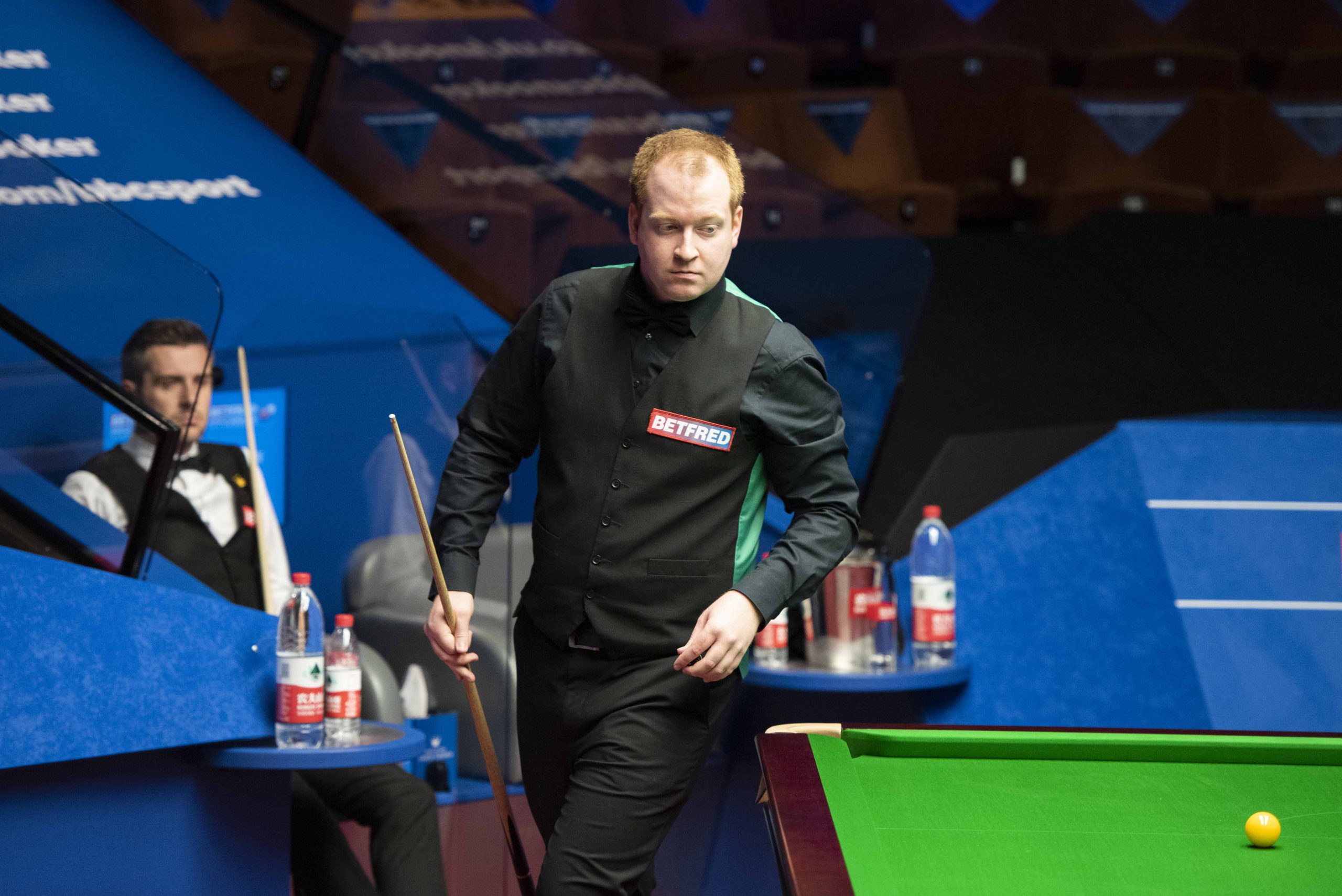 Northern Ireland’s Jordan Brown achieved a lifelong ambition by qualifying for last month’s Betfred World Championship, now he is targeting the business stages of events in the upcoming season.

Brown needed to win his opening round tie in qualifying just to stand a chance of avoiding relegation from the World Snooker Tour. However, victories against Rory McLeod and Hossein Vafaei earned him a place at Judgement Day. There he overcame two-time ranking event winner Ryan Day 10-6 to seal a Crucible debut.

Having secured his professional status, Brown has now earned a fresh two-year tour card. We caught up with him to find out about his World Championship experience and look ahead to the upcoming campaign…

Jordan, first of all how much of a relief was it to secure your place on the tour and what did it mean to earn a maiden Crucible spot in the process?

“It was a big weight off my shoulders to beat Rory McLeod in the first game. I knew I was 99.9% safe at that point. Going into the qualifiers I knew I needed to win my first game, otherwise I was off. There is a lot of pressure just trying to qualify for the Crucible, but there is a lot more pressure when your tour survival is on the line. I tried not to think too much about it and just go in and play snooker. That really helped me in the end. I managed to block out what was at stake.

“It was very pleasing to go on and beat Hossein in the next round. He played some great snooker and made a couple of centuries to go 5-3 up. I managed to force a decider and I played it very well. I made a break of 73 in the first visit to win. It was all about showing that wee bit of bottle. I haven’t been doing that of late and it was so nice to do it in the biggest tournament in the world.

“I can’t describe what it was like to get over the line in the final round, as it didn’t sink in at first. I was preparing myself to go to 9-7 and all of a sudden I got a chance to clear the colours and win. I was just thinking please go in when I got down to the black. When I potted it, that one moment had been the ultimate goal for all of my life. I finally achieved my dream to get to the Crucible. It took a few days to register. I went home after that just to get away from what comes with the Crucible. I recharged the batteries and thought it was the best thing to do.”

You spent a lot of time during the qualifiers with Jamie Clarke inside the event bubble. He was also fighting for tour survival. How much did it benefit you to have each other throughout the week?

“Yeah, we sort of came through it together. We were in the bubble at the event hotel and it isn’t that nice, as you are on your own all of the time. We didn’t really know each other that well before the qualifiers. He knew what he needed to do and I knew what I needed to do. We helped each other out in a way and gave each other a wee bit of chat. It took the pressure away off the table. It was nice to have somebody around and to see him qualifying was unbelievable. He didn’t have a lot of good draws over the season. It was amazing for him to qualify. He is a good player and hasn’t had the confidence. I was pleased for him.” 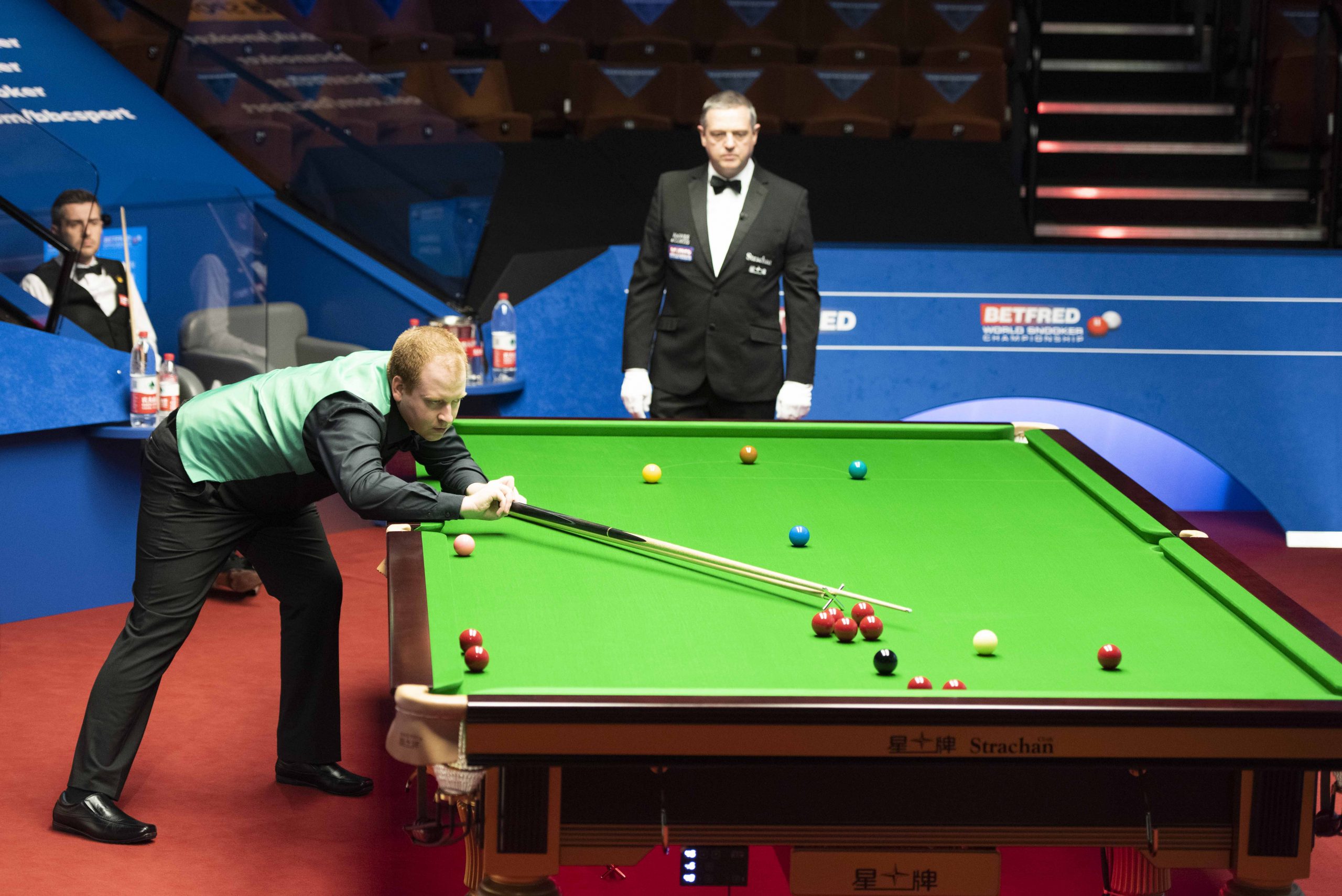 You were drawn against three-time World Champion Mark Selby at the Crucible, losing a hard fought match 10-6. How much did you enjoy the experience, despite the result?

“When the draw came out and I’d got Mark Selby, I was actually quite pleased. If you are going to draw somebody at the Crucible it may as well be the best. I want to test myself against these guys. I was disappointed I lost in the end, as on reflection I did create a lot of chances. At the top level you have to score. I think I missed the boat. The whole experience of the Crucible was amazing, but I just have to put that to one side now and push on for next season.

“Playing at the Crucible, it is where everyone wants to play snooker and was a dream come true. As soon as I lost, my immediate thought was that I wanted to get back there again. I soaked up the experience and it will definitely motivate me to get back there again. Hopefully there will be a crowd next time. That was the only thing that was missing. I still loved it, but when Covid is hopefully set aside it will be an even better experience.”

What are your goals for next season?

“I’ve got a couple of goals. One of them is to get to the quarters or a semi-final of a tournament. I cant see any reason why I shouldn’t do that. I have been consistent winning my first matches, but haven’t progressed much further. Overall I would like to get into the top 64 over the two years. I’d like to have two decent seasons, achieve that and push on in the rankings. I’m not being big headed, but over the course of the last two seasons, I’d like to have done better. My work ethic has never went away. Now I’ve given myself another two seasons, I’d like to think I’ll do a lot better. Hopefully that will push me on a bit further.”