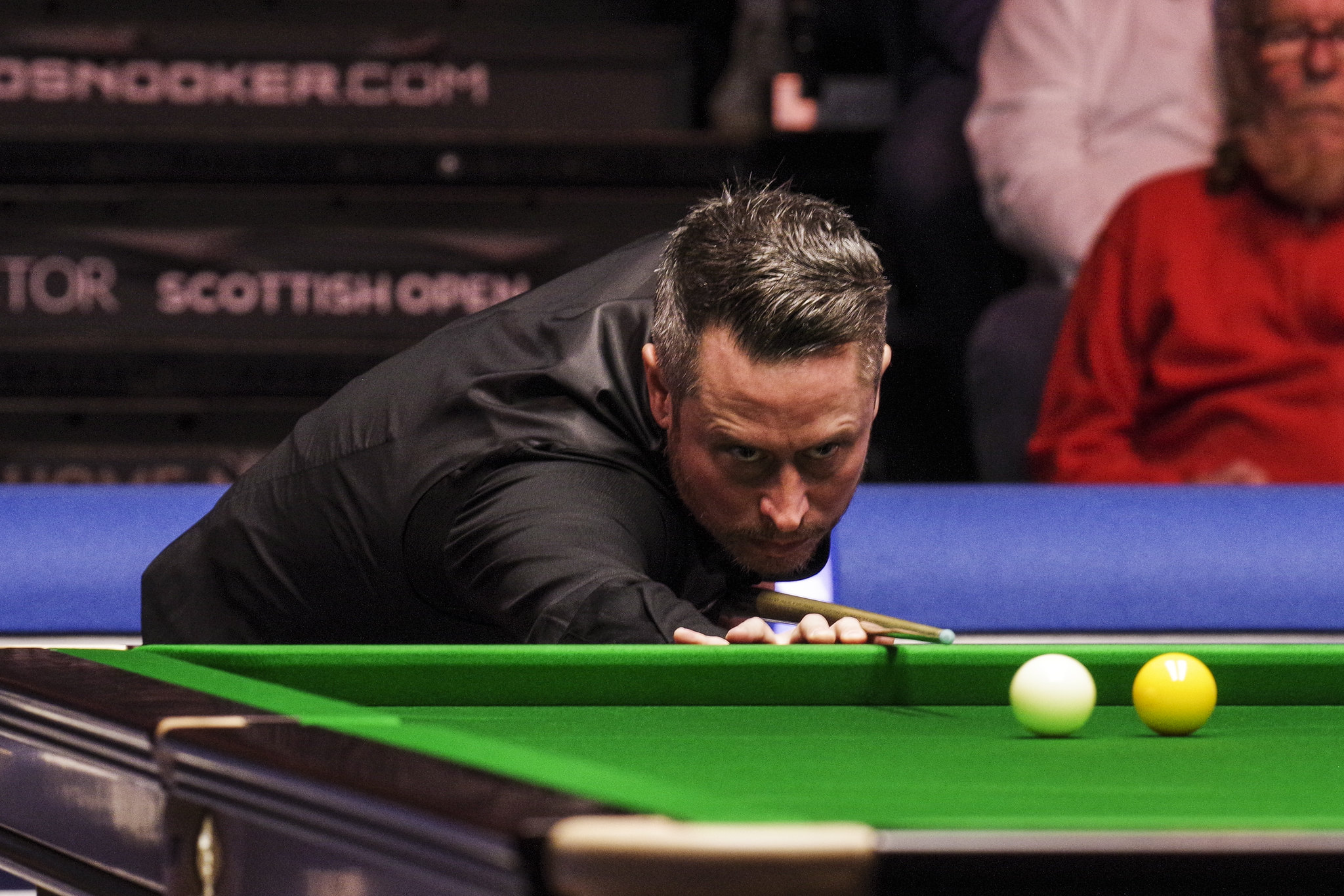 World number 75 Alfie Burden is giving his support to the NHS during the Coronavirus crisis, by signing up to the national volunteering scheme and pledging to compete in a charity football match.

Burden will play alongside fellow snooker stars Judd Trump, Neil Robertson, Mark King and Ken Doherty in a charity game raising funds for the NHS and Multiple Sclerosis UK, at Hemel Hempstead FC when it is deemed safe to do so after the lockdown.

London’s four-time ranking event quarter-finalist Burden has also joined over 750,000 others in signing up to the NHS volunteer service, which has been designed to help combat the Coronavirus.

Alfie, tell us a bit more about why you have decided to sign up and be part of the NHS Volunteer service.

“The job the NHS do is amazing. It is only when something like this happens that we realise how lucky we are and what a wonderful job they do. The bravery they are showing at the moment is mind blowing and we should all be very grateful. They are showing immense courage and putting their own lives at risk to help others.

“I got an email back the other day to say I have been accepted as a volunteer. I ticked a few boxes saying what I would be willing to do, things like delivering medicines and essentials. I am sitting at home not doing very much so I thought why not. It is really sad when you think of the older generation They are very much isolated and even their family members can’t go and see them. I just thought that if I could help a few people, that would be a good way to fill my time. I haven’t been asked to do anything yet, but I won’t hesitate if the call comes.”

How have you been coping with the lockdown so far?

“I think everyone is in a bit of a daze and has had a bit of a shock. I don’t think anybody thought we would see anything like this in our lifetimes. We have to remember that we will come out of it at the other end and we need to try and stay positive. If we can all do our little bit, whether that be volunteering for the NHS or something else, then it makes things easier. Hopefully it will be over sooner rather than later.

“It is hard to stay indoors, but that is what we have to do. Football is something that plays a huge part in my life. I used to play for Arsenal’s youth team and my son Lene is there now. I have been very committed with him over the last decade, travelling and taking him to training four times a week. I am also now on the coaching staff at Hendon Football Club. I am a very busy and active person, so this experience has been a massive shock to me. All of a sudden you lose everything you do, in my case that is snooker and football. We are all in the same boat, you are left with your own thoughts a lot. It is a time to reflect and see if you can make any positive changes in your life. I find that having a run or walking the dog keeps me mentally on the right path. I have had some days where I can get in a bit of a state mentally and I think exercise is very important in dealing with that.”

Have you been doing plenty to keep Lene on his toes and make sure he is still honing his skills?

“Absolutely. When he does go back, he is in the final year of his contract and the next one would basically be a job. When he resumes there will be two or three months to impress and hopefully get himself a scholarship or a professional deal. It is an important period for him, so we are taking it very seriously even though it is at home. We are going out and doing 5k runs, circuits and ball work in the garden. Arsenal have emailed him an individual programme so he is doing that as well. This is what he wants to do, so he has to act like a professional even on lockdown. He is quite disciplined and it is doing me good trying to do some of the stuff along with him. I can’t quite keep up, but it is helping me to get fitter.” 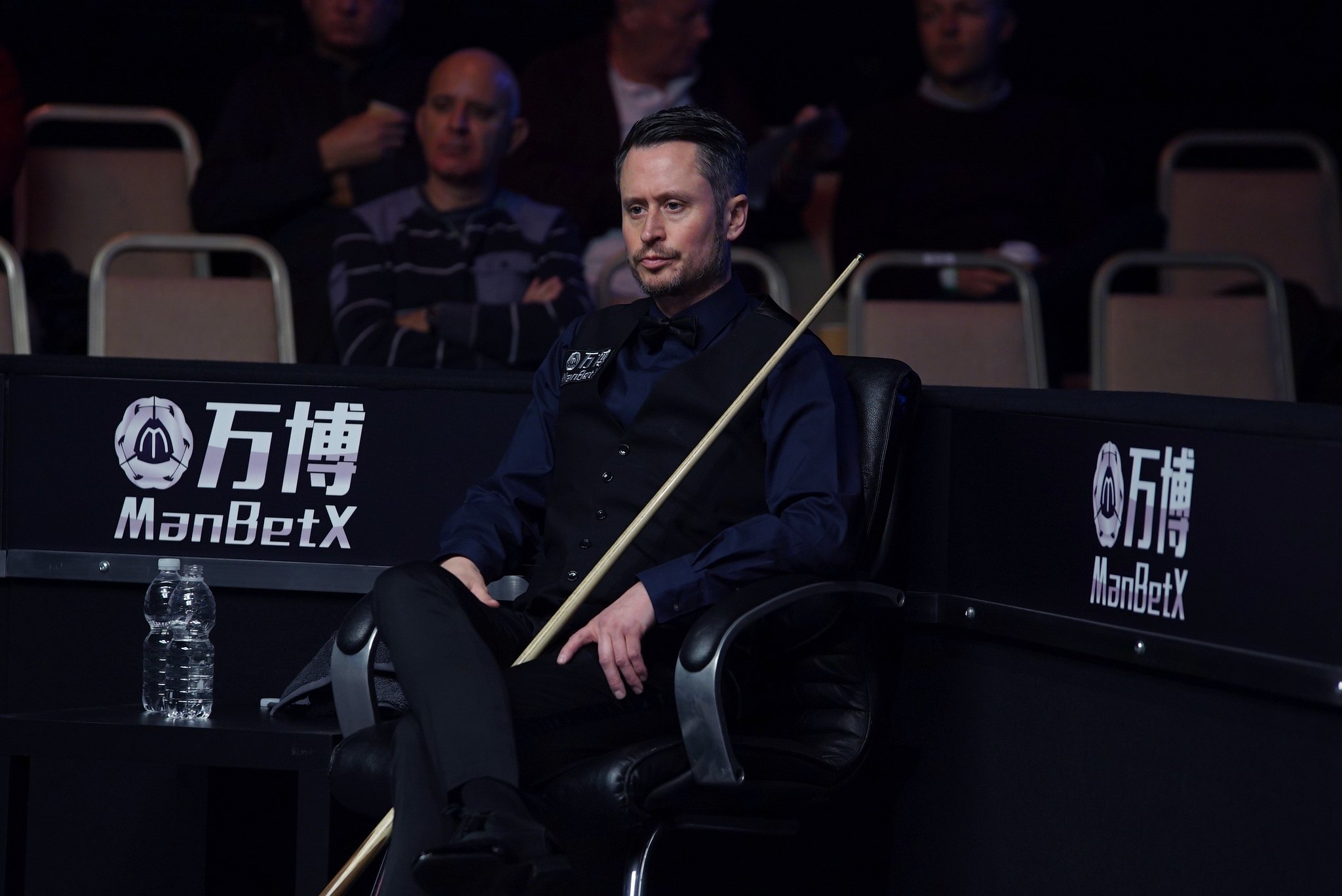 How did you come to be involved in this charity football match?

“A lad called Lee Bircham, who I used to play with in my youth football days, contacted me on Twitter. He was trying to get a few ex-professional footballers, celebrities, actors and he knows me from my football background. Obviously I wanted to support it. This is for a great cause. As I have said, the NHS are doing an amazing job for everyone at the moment. I didn’t hesitate to say I would get involved. Any chance of putting football boots on I look forward to.

“Mark King likes to play a bit of football as well. Any sniff of a football match and he is straight into it. I speak to Ken Doherty quite regularly. He likes to play a bit of football, so I asked if he would be interested in getting involved and coming over, I said he could stay with me. Ken said he would love to. I saw on Twitter last night that Judd and Neil are in as well.

“We played once ten years ago, we put a little snooker team together and played a match at the Valley Charlton’s ground. Ken isn’t a bad player and Mark will always give it 100%, he likes to put a big tackle in. As for the other two, I have absolutely no idea. I don’t know if Judd or Neil can kick a football, I wasn’t aware that they could, but it should make for a bit of fun finding out!”

Do you think you will view things differently when the lockdown is over?

“I would like to think that when we do get back to normality we will appreciate the little things more and go back as better people. I do have some reservations that we might start taking things for granted again. We are all in the unknown with what will happen next. In terms of my career, I’m not fortunate enough to have a table at home, so I will be reliant on snooker clubs opening again to start practising. Like every other trade we don’t really know what is going to happen.

“I also just wanted to say that I saw the news about Barry Hearn suffering a minor heart attack. I would like to wish Barry all the best. I hope that he can get some rest and get a full recovery. That wasn’t nice news, so I want to send all the best to Eddie and all of the family.”