Can Snooker Help Cope With Autism?


An autistic snooker fan has described how she uses snooker videos, particularly featuring Steve Davis, to cope with her autism and consequent mental health issues.

Ann (not her real name) and her autism job coach recently concluded a successful search to find a range of snooker matches from the 1980s which were not available on YouTube.

Her story provides a fascinating insight into the ways playing and watching snooker can benefit mental health, a concept previously explored in research by Rohit Sagoo, Senior Lecturer at Anglia Ruskin University.

Like many people who grew up in the 1980s, Ann developed an interest in snooker during that decade, when the leading players were ubiquitous figures on television screens. None more so than Steve Davis, who won six World Championship crowns between 1981 and 1989 – and the Nugget became Ann’s firm favourite. 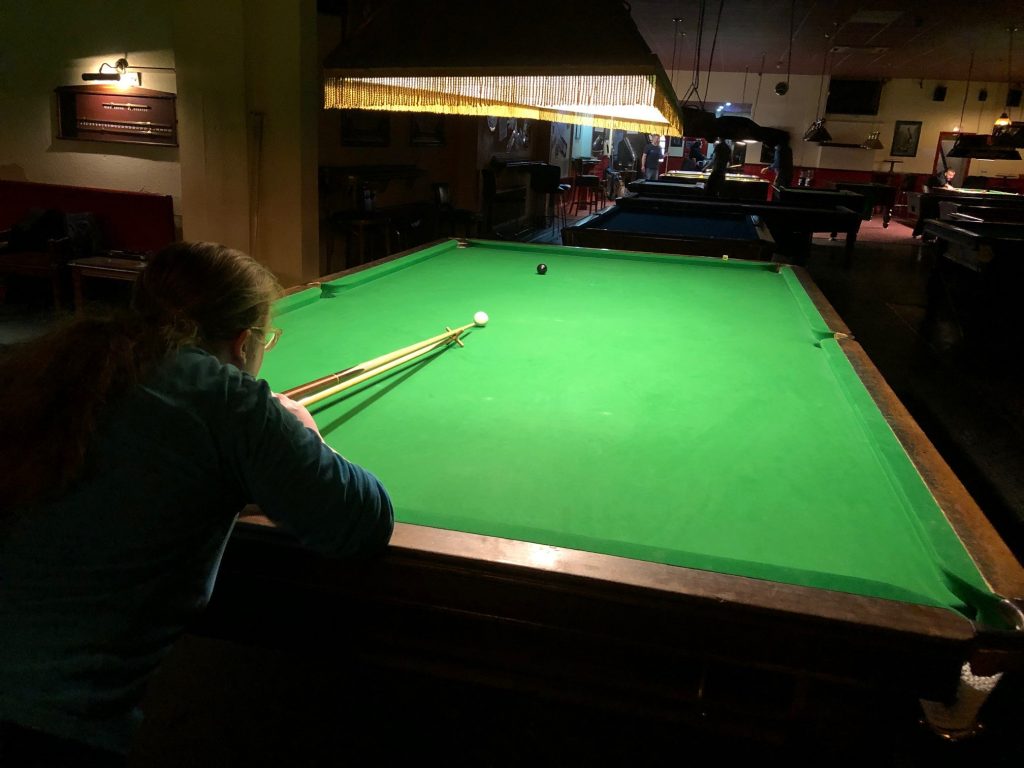 “I can’t really remember why I got hooked on snooker but I expect it might have been something to do with it being a lot more sedate than a lot of other sports, with time to think and work out what is going on between shots,” explains Ann, who works for the NHS in a major hospital, maintaining vital clinical equipment for patients.

“I started supporting Steve because he didn’t smoke, and I preferred to watch his style of play. I probably hated him losing almost as much as he did. I prefer to watch players who are more steady and consistent, and not too fast, as that gives me more thinking time and makes it easier to follow what is going on. However, I also have a bit of a soft spot for Jimmy White and wish he’d managed to win the World Championship.

“It wasn’t long before I wanted to have a go myself and we got a toy table at home that was just the right size to put on our kitchen table. A few years later I got the chance to play on a bigger table with proper cues and balls. I soon discovered that it was nowhere near as easy as the professionals made it look.”

Once Davis was past his prime in the 1990s, Ann lost touch with snooker and stopped watching the sport.

It wasn’t until 2006 that she discovered the Autistic Spectrum and the following year she was diagnosed with Aspergers Syndrome. She was introduced to Andrew Pounce, an Autism Employment Coach and Advocate from PATHability, who has helped her deal with challenges ever since.

In 2015 Ann was going through a bad patch. “I was struggling to find any interest in anything at all and was having a lot of time off work with mental health issues,” she recalls. “Then in early 2016 I heard about the BBC drama ‘The Rack Pack’ in a Radio 2 interview with some of the cast. 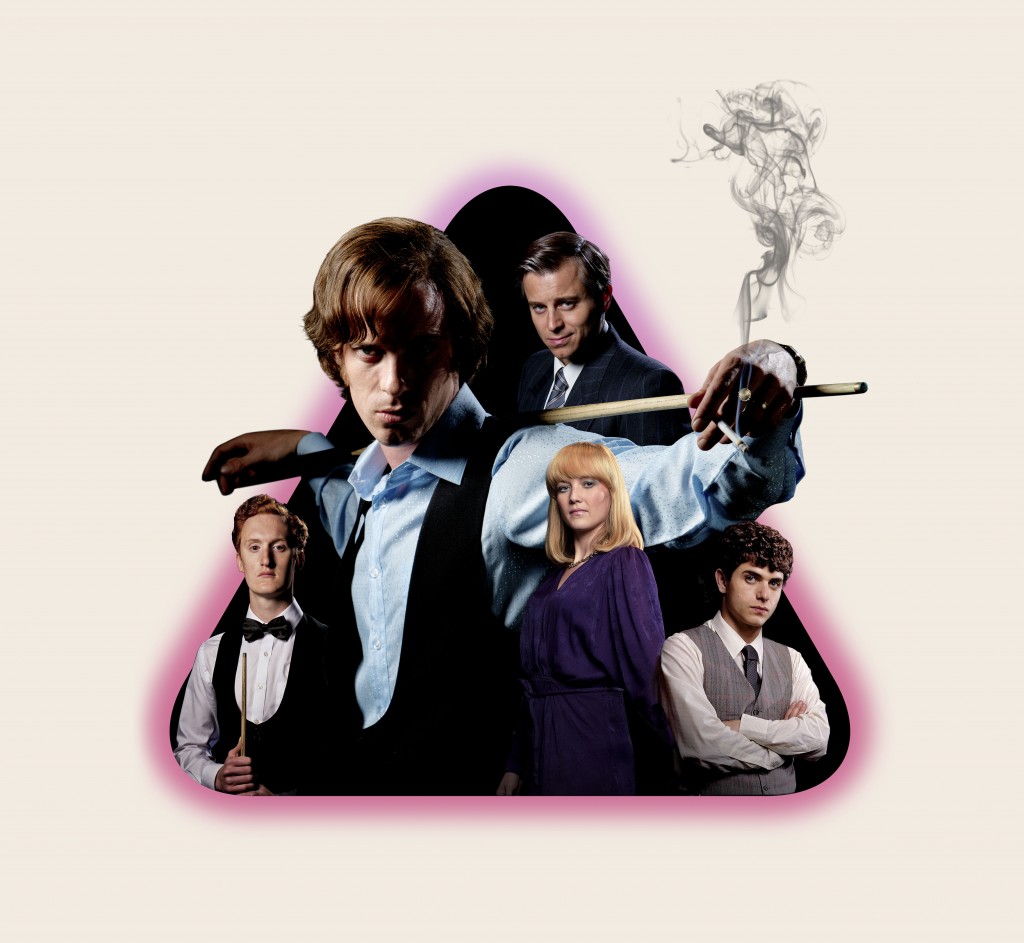 “I remembered that I used to like snooker back then and decided to watch The Rack Pack. Afterwards, something happened in my head that was a bit like the scene in a comedy when someone opens a door and a load of random stuff falls out and buries them up to the neck. It was as if someone had opened a door marked ‘the 80s’ and I’d been bombarded with a load of random memories from back then.

“I got no sleep at all that night as all this stuff kept going on in my head. This was actually a lot nicer than it probably sounds. I have had chronic depression for many years and at that time was struggling with motivation for anything. The effect of that experience was to reignite my love of 80s snooker. I wanted to catch up on as much as possible of what I missed out on at the time, as well as refreshing my memories of what I did see.

“I started to spend all of my spare time reading about snooker or watching YouTube videos. At first I only watched videos of Steve’s victories but after a while started to also watch other players with a similar style, including Terry Griffiths.”

However in 2019, the YouTube channel where Ann had found most of the content she enjoyed watching disappeared. Along with Andrew Pounce she contacted WST, who liaised with the BBC’s archive department, but it turned out that only a small percentage of content from that era was available. Her contact at WST then discovered that a snooker historian called Roger Lee had a huge collection of DVDs of matches from the 1980s. Ann was put in touch with Roger and she has since received a wealth of archive footage.

“For me, snooker is pure escapism,” she said. “It takes me out of my own situation and is a healthier alternative to drink or drugs. Sometimes I hear people saying it is relaxing, but I don’t really find that, especially in tense matches.

“I tend to prefer routines and consistency and dislike change. This is probably why I prefer players who have a more consistent and predictable playing style. Once I have made a decision or formed an opinion it tends to stay made unless something significant happens to change my mind. It is why after all these years I still consider Steve to be my favourite player.

“Everyone is different so snooker may not help everyone to manage autism and mental health. It is more likely to be suitable for people on the autistic spectrum to get involved with than a lot of other sports because it’s less likely to cause sensory overload issues. It gives you a bit of thinking time in order to keep up. Personally I have found that snooker has really helped me and I’d suggest to anyone to give it a try.”

Explaining Ann’s condition, Andrew Pounce added: “The snooker videos remind Ann of a happier time in her life and bring those memories into the present. When she was not able to watch them, it created anxiety which affected her in the workplace. That leads to fatigue and then if the body can’t cope that leads to depression. It has been a great relief to her to discover a source of snooker content.

“Autistic people are often very sensitive to sensory overload such as flashing lights or sudden noises. Snooker tends to be a quiet sport to watch, with consistent lighting. When you remove the visual and audial distractions, the autistic brain can cope more easily, and then it can engage with the content, concentrate and enjoy it. That’s seems to be the case with snooker.

“To be autistic can feel like being in a different country where life is unpredictable and you don’t understand that country’s culture. You have to learn to live in that world, which can be challenging and stressful. It is a hidden condition so all people see is the behaviour which can lead them to unfairly judge the person.” 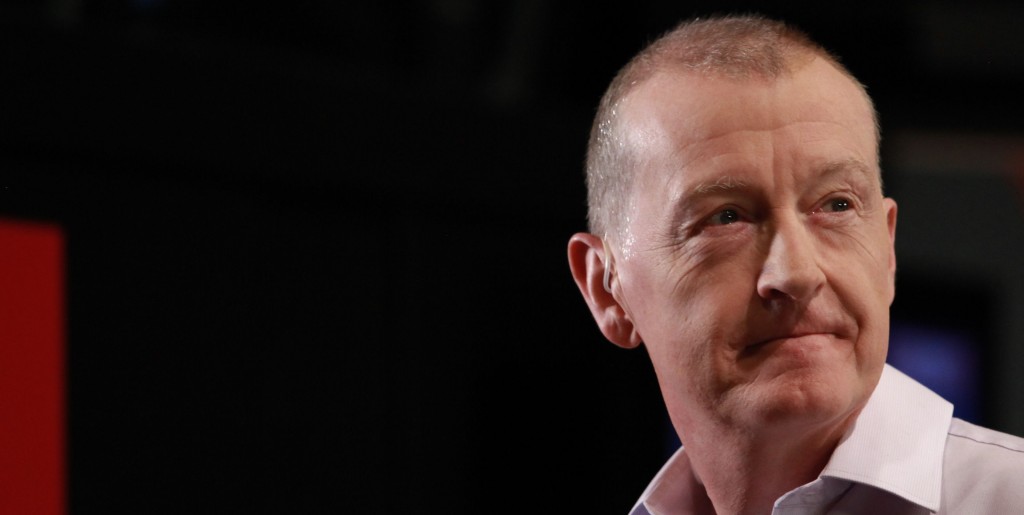 Davis, who is still closely connected with snooker as a commentator and analyst for BBC Sport, believes there could be lessons to be learned from Ann’s story.

“As a player I’ve always wondered exactly what the crowd or television audience gets out of the viewing experience,” said Davis. “I don’t suppose it really matters as long as they enjoy it. The ‘slow burn’ of a snooker match as opposed to a faster moving sport has always offered an alternative type of entertainment, as long as you could invest the time to watch it unfold.

“A few years ago the BBC asked fans what type of frame they most enjoy, and surprisingly the majority answered that they prefer tactical battles to frames where players are making one century after another. Most importantly, the results from that BBC question and this woman’s experience of helping her cope with anxiety and depression indicate that snooker should never succumb to a shot clock. Maybe snooker’s strength is that it’s not a fast sport!”