Barry Pinches has an average shot time of 31 seconds this season, but somehow managed to pot ten balls in 100 seconds to score a dramatic win in the first round of the BetVictor Shoot Out.

Pinches trailed amateur Joshua Thomond 36-1 with just one minute and 45 seconds remaining. But the Norwich cueman, nicknamed the Canary, potted five reds with blacks in an inspired break of 40 to snatch victory.

His son Luke Pinches was also in action but he lost to Dylan Emery, a promising 19-year-old amateur from Wales. 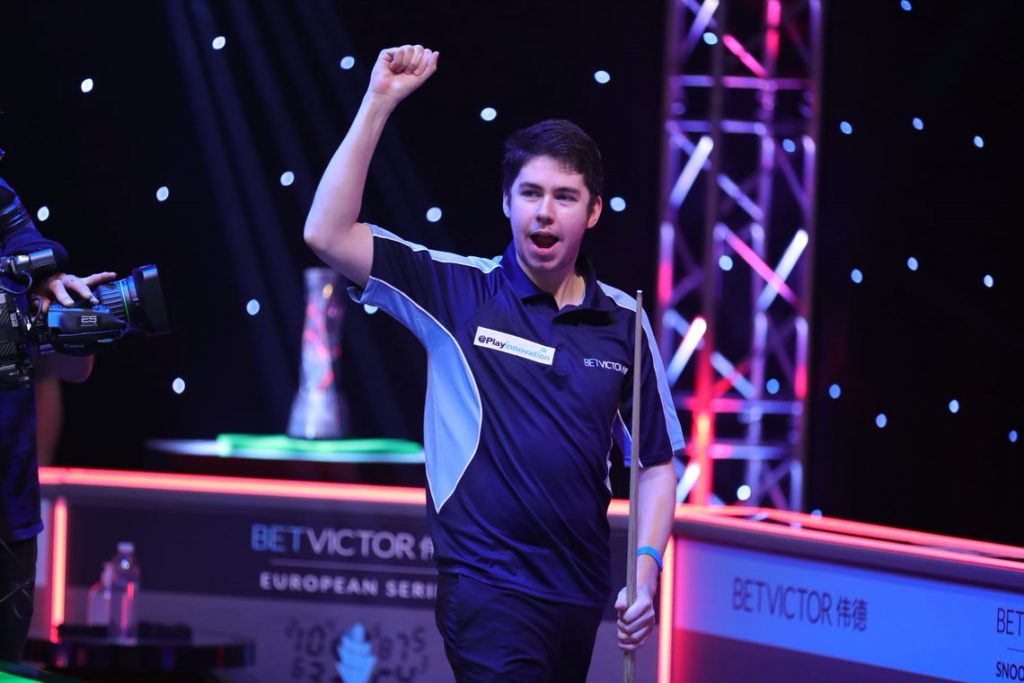 Soheil Vahedi almost pulled off victory from 31-5 down against Nigel Bond, but missed the match-ball pink in the closing seconds. Bond, who won the inaugural Shoot Out ten years ago, goes through to the last 64 of the world ranking event in Milton Keynes. The random second round draw takes place tonight around 9pm live on our Facebook page.

Thepchaiya Un-Nooh, who won this event two years ago, saw off Brandon Sargeant with two breaks of 32, while legend Jimmy White got the better of Adrian Rosa.

Barry Hawkins, winner of this title in 2012, knocked out Gary Wilson, while two-time Shoot Out finalist Xiao Guodong made an excellent break of 72 to beat Ricky Walden.

Hamim Hussain, a 19-year-old amateur from Birmingham, beat Peter Lines 9-7 in a low-scoring battle. Hussain trailed 7-1 with 30 seconds to go, but then knocked in a brilliant long pot on a red and added the black for victory.

In the final few seconds of his match against Peter Lines, the 19-year-old amateur knocked in an incredible red, followed by black to steal the win 👏

We look forward to seeing more of him tomorrow! #ClockIsTicking pic.twitter.com/4LSRZTNMJi