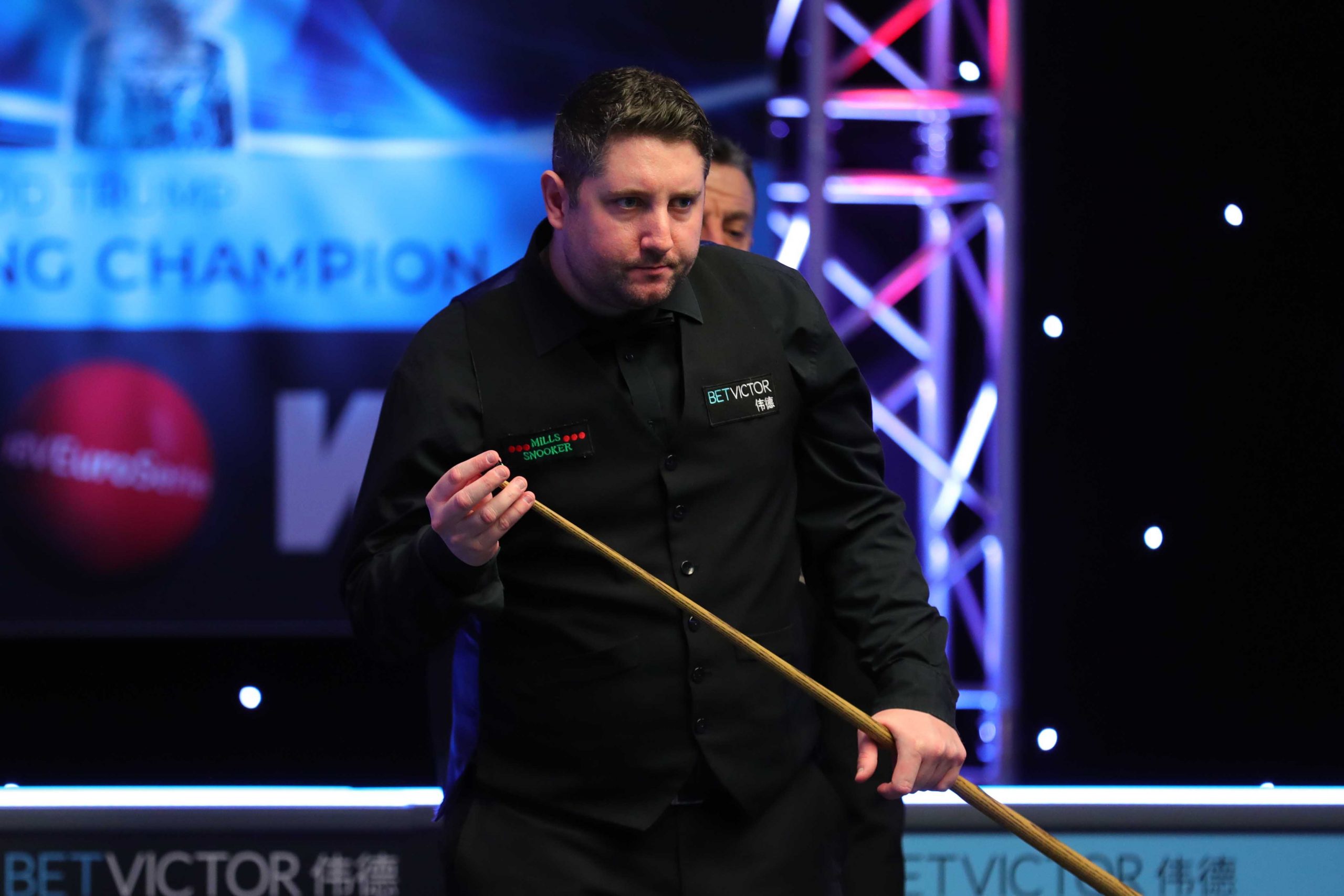 World number 51 Stuart Carrington has been inspired by Jordan Brown’s stunning upset win at the Welsh Open, to craft a title push of his own.

Grimsby’s Carrington reached the second ranking semi-final of his career at the Gibraltar Open last Sunday, agonisingly coming within a frame of a maiden final in a 4-3 last four loss to Jack Lisowski.

It was a welcome return to form for Carrington, who had only been beyond the second round once this season prior to last week’s event.

Carrington was a keen observer last month as Brown, a 750-1 outsider, stunned World Champion Ronnie O’Sullivan 9-8 to lift the Ray Reardon Trophy at the Welsh Open. Brown was ranked 81st in the world at the time and Carrington believes his win can provide inspiration to all lower ranked players.

Stuart, having dropped just four frames on your way to the semi-finals, how happy were you with your run last week?

“I didn’t really expect anything going into the event. I’ve just started to put in a few hours on the table, so my play in practice was coming back to somewhere near where I wanted it to be. I was buzzing to go on a run and actually play some proper, good snooker in some of my matches as well. I put my matches to bed quite comfortably. I’ve been scoring heavily, so I’m absolutely delighted.

“I said at the start of the week that things couldn’t get much worse, without sounding too hard on myself. I just thought, go out and be positive. I knew I was playing better, so I just wanted to go out and play my shots. I produced some really good stuff and was going into matches knowing that I would play well, rather than hoping. I was in a good frame of mind, really confident and the results showed.”

Was there a slight sense of disappointment to come so close to reaching the final?

“I just felt so good during that match. I’m not going to lie, I’m only just getting over losing it now. I was very keen to try and get to my first final and to have a crack at Judd Trump would have been amazing. I was unlucky not to go 3-1 up and I felt I was well on top of Jack at that point. I had a couple of bits of bad luck that he pounced on and made 70 breaks from. In many ways I’d rather miss an easy ball than feel it was out of my hands. Other than that I couldn’t ask for much more. It was a really good game. It was gutting, but after a few days off I’m looking at the positives.”

You’ve said that you were inspired by Jordan Brown’s victory at the Welsh Open. How much belief can that give middle to lower ranked players that they too can achieve their dreams?

“Looking at what he did, it was incredible. He played some brilliant snooker all week. This is no disrespect to Jordan at all, but I know he is no better than me and I am probably no better than him. There are lots of us that can look at what he achieved and realise that we can do it as well. When I got to the semis last week, I felt that I belonged there and that I could win it. I’ve looked at what Jordan has done and thought that there is no reason that I can’t do the same. What he did was great for the game and it has given a lot of players that belief and motivation to do it themselves.

“He put Ronnie under pressure all match. It doesn’t matter who you are against, if you do that then you have a chance to win. Jordan proved that you can actually beat players like Ronnie and Judd in big matches on the day. I think it was great for the game and hopefully he inspires a lot of players down the rankings.”

How difficult have you found the last year in terms of the situation with the pandemic?

“A lot of players will speak the same way. It was originally about getting my head round things when the first lockdown started. For the first few months last year it was really difficult. Nobody knew what was going on. As time has gone by people have got more and more used to it. I had let things get on top of me a bit. I’ve now brushed myself off, gave things a good go and am positive again. The last few months, have been about getting back towards normality. It was about getting that hunger back.

“Snooker isn’t going to be around for me forever. I love the game and always have. Snooker was a positive in my life that I wasn’t focussing on. Since Christmas I’ve got my head on and started enjoying it again. To have a bit of positivity with the vaccine gives you a buzz. You realise this isn’t going to last forever and we are over the worst of it. I’m hoping in terms of my career the best is yet to come.”

You’ve shown great consistency throughout your career, having reached the last 32 on 26 occasions in ranking events. However, you have converted that into just two semi-final appearances. What do you think is the difference between doing that on a regular basis?

“It is a tough one to put your finger on. We are all good enough and all capable. It is having that bit extra. It is being comfortable under those conditions. When I played Jack in the semi-finals last week, that was the first time I played under the TV lights all week. Until you are regularly in those situations, you start slowly, go a couple of frames behind and it is too late. It is about belief as well. Until you turn up at events expecting to get to the latter stages, you generally won’t. Belief is probably a good 20% of achieving it. I know that I am capable of achieving it, so hopefully I can.”