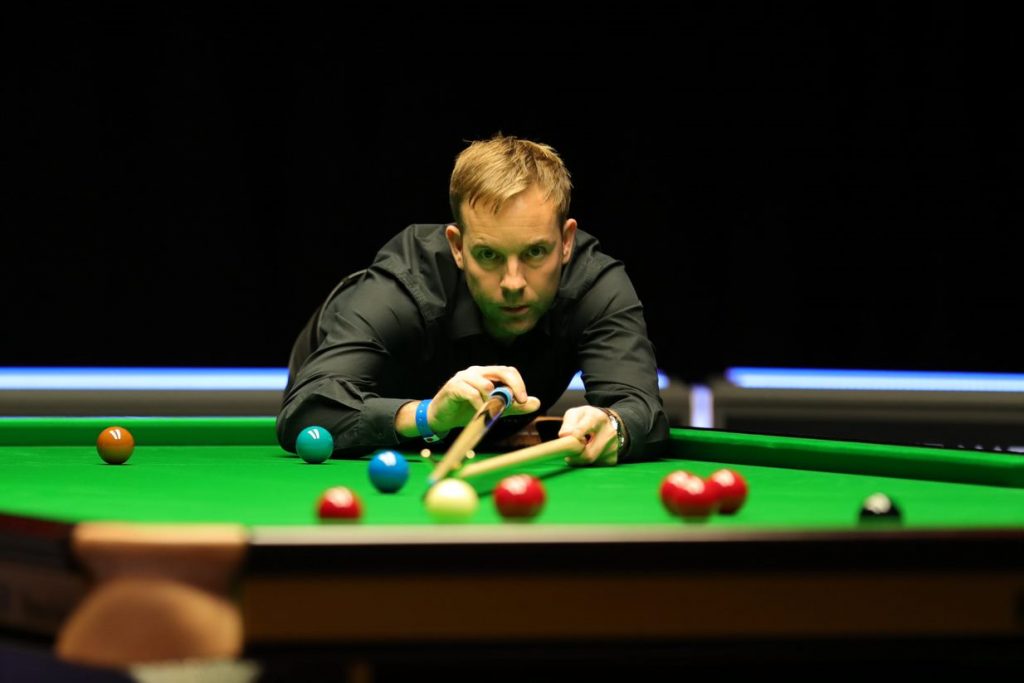 Ali Carter scored four centuries as he cruised to top spot in Group H of the WST Pro Series, booking in a place in the second group stage, alongside runner-up Mark Davis.

World number 24 Carter won six of his seven matches, and fired runs of 141, 135, 103 and 101. Today’s success continued a recent revival for two-time Crucible finalist Carter as he reached the quarter-finals of the BetVictor Welsh Open and last 32 of the BetVictor Gibraltar Open.

With the Betfred World Championship qualifiers less than a month away, the four-time ranking event winner is looking to finish the season strongly.

The action continues on Thursday from 10am with BetVictor Welsh Open champion Jordan Brown among the players in Group F. The first phase concludes on March 16th.