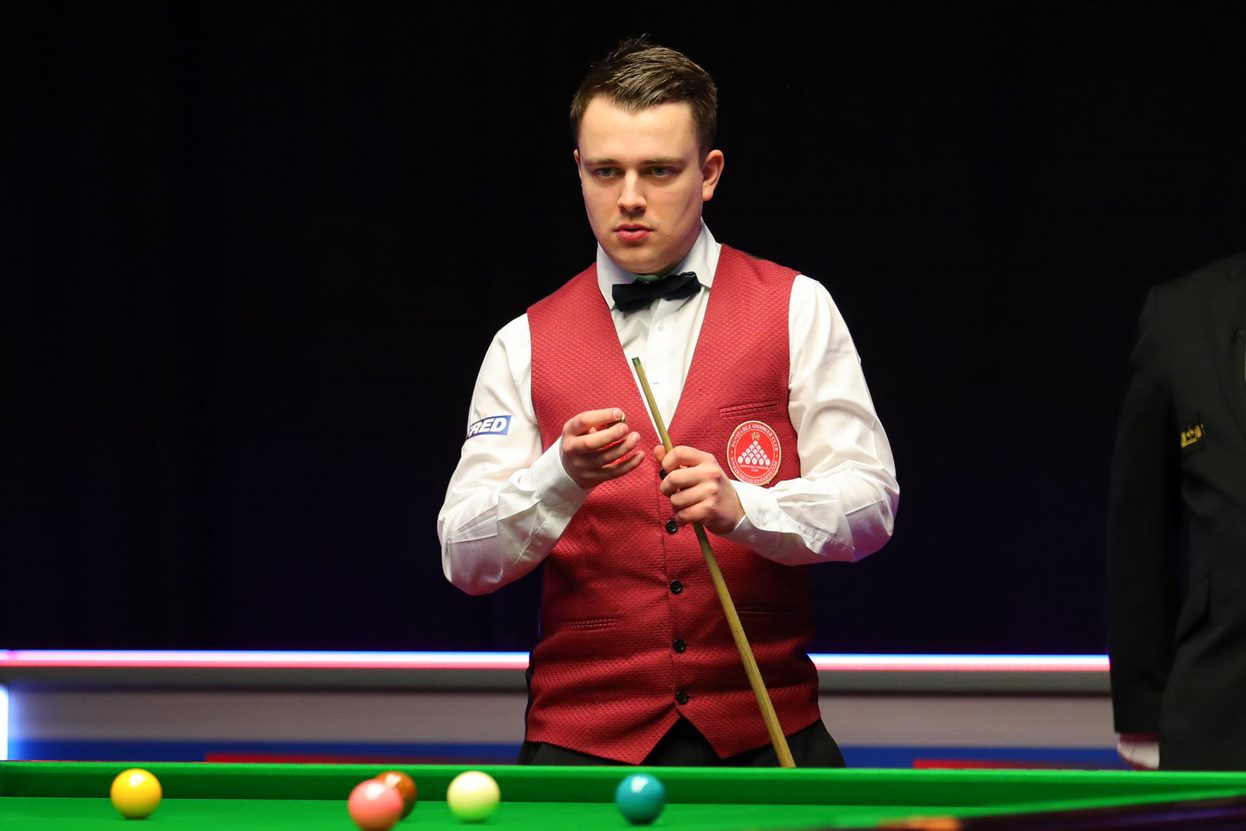 Alexander Ursenbacher won all three of his group matches while Ali Carter was undefeated, taking 7 points from a possible 9, as both players advanced to Stage Two of BetVictor Championship League Snooker at Morningside Arena, Leicester.

With soaring temperatures across the country, the dress code was relaxed to allow players the option to either ditch their ties, or wear polo shirts. But neither Carter nor Ursenbacher were made to sweat at the table; both players had won their groups with a game to spare thanks to early wins combined with favourable results elsewhere.

Carter faced former Shoot Out winner Michael Georgiou in the first match of the day. After winning the opener, the Captain called a foul on himself in the second, which resulted in a frame-winning break of 88 for the Cypriot. However, Carter took the next two to win the match.

That meant a win for Carter against Sydney Wilson would see him top the group, and he made no mistake as he registered a 3-0 success before later drawing 2-2 with Dominic Dale, who finished third with three draws.

“Winning the first two matches meant that last game didn’t mean anything for me,” said Carter. “When I beat Syd I knew I had won the group, the job was done and that’s the main thing.

“I’ve been practising a bit, I’ve got some goals this season and I will try and apply myself properly this year. I’m 42 next week and haven’t got too many more years left, but I still think I can compete at the top level and I know I can if I do all the right things.

“I want to get back into the top 16 and win another tournament, that’s my goal and I have a plan in place to achieve that and I’m looking forward to the journey.”

Ursenbacher didn’t drop a frame in winning Group 23, registering 3-0 wins over Aaron Hill, Leo Fernandez and finally Scott Donaldson at a stage where the 25-year-old Swiss potter had already guaranteed himself top spot.

“I didn’t expect it,” he admitted. “I felt really good and I don’t think I’ve ever done that before. Last season I struggled with the table at Championship League but they were lovely today. It was very hot, I struggle with the heat most tournaments anyway, but being able to wear a polo shirt made it easier.

“I’m not trying to set myself too many goals or expect too much but I will keep focused, have the right people around me and prepare well for the tournaments. I haven’t played much over the summer because it is important to relax sometimes and not think about snooker too much because it is a brutal sport, especially mentally.”

Fernandez finished second in the group and takes home £2,000 after a 3-0 win in the final group match against Aaron Hill, who finished third and collected £1,000.