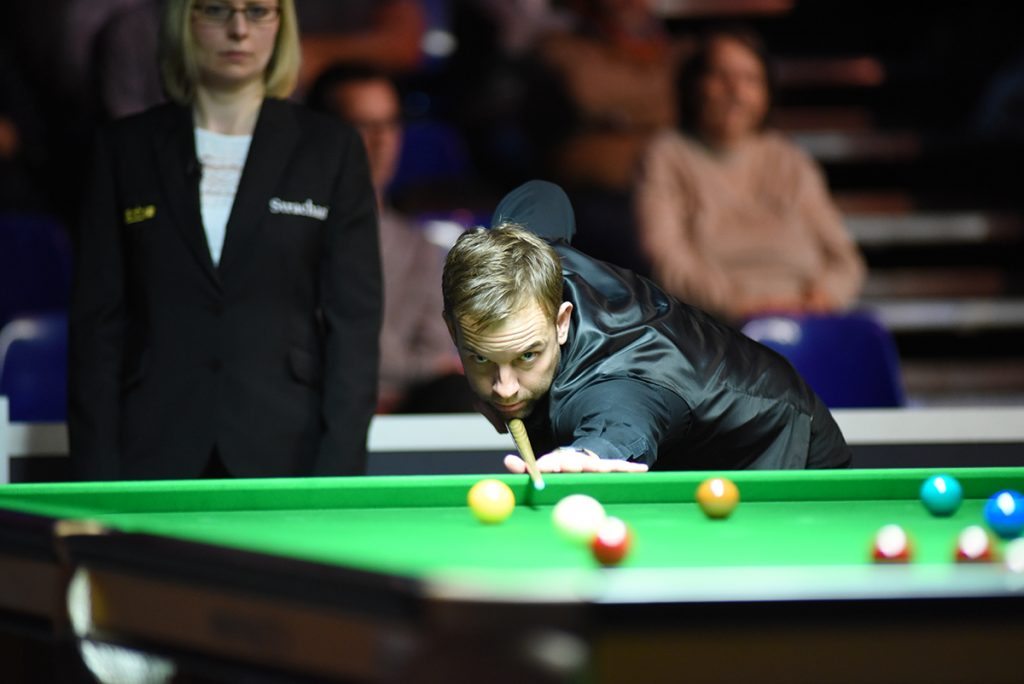 Masters runner-up Ali Carter admitted it was tough to find the motivation to get back on the snooker saddle this week in Austria, but having fought through the fatigue he’s into the semi-finals.

Carter saw off Scott Donaldson 5-1 to reach the last four of the BetVictor European Masters, and on Saturday he’ll face Neil Robertson who made three centuries as he beat Thepchaiya Un-Nooh by the same scoreline.

Just five days ago, Carter missed the chance to win his first Triple Crown title as he lost 10-8 in a fiercely contested Masters final against Stuart Bingham. Shrugging off that disappointment, he travelled to Dornbirn and has won three matches this week to reach the semis.

Today Carter went 3-0 up with breaks of 65, 73 and 72. Donaldson made a 58 clearance to pinch the fourth frame then Carter enjoyed a stroke of good fortune in the fifth when he fluked a red, escaping from a snooker. The Essex cueman took advantage to go 4-1 up then clinched the result in the next with a 57 clearance.

“It was a convincing win. I was pleased by the way I finished it off,” said world number 17 Carter. “I have exceeded my expectations by getting to the semi-finals here.

“I was so tired last week after the Masters. It was very difficult to pick myself up. But it’s my job. Sometimes you don’t want to get up in the morning and go to work, but you have to. Now I’m pleased I have come here because I’m in the semis and hopefully I can keep it going.

“To play Neil will be like another Masters match, now we’re down to one table. He obviously played very well today. It will be tough but it’s a great match to be involved in.” 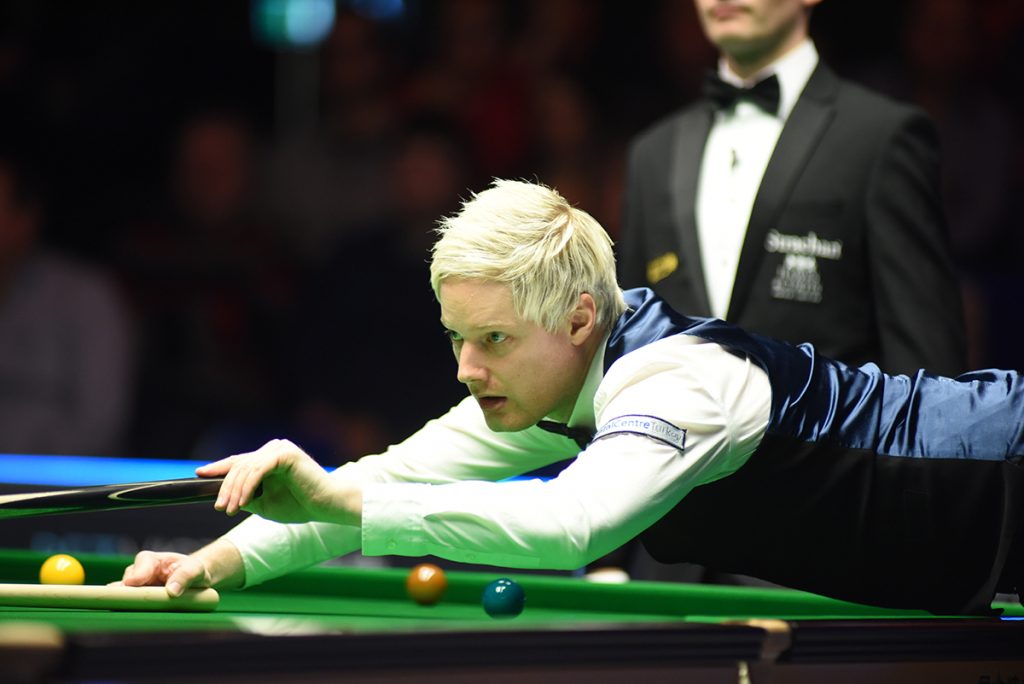 Before this week, Australia’s Robertson had not been beyond the last 16 of a ranking event this season, but he is now just two wins away from a 17th career ranking title.

Robertson took the first two frames with breaks of 104 and 107 then added a scrappy third for 3-0. Thailand’s Un-Nooh pulled one back with a 66 but there was no stopping world number five Robertson as he fired runs of 87 and 115 to reach his 37th ranking event semi-final.

“It was perfect, one of my best performances of the season,” said the 2010 World Champion. “I played Thepchaiya at the Scottish Open last month and he beat me 4-0 in 40 minutes, it was unbelievable. Everyone on tour knows what he is capable of, I just hope he can do that more on the TV tables and get into the top 16.

“I have a good record at the business end of tournament. I’m just going out there and playing, and if it’s good enough I’ll keep the run going.”

This is the first event in the new BetVictor European Series, with a massive bonus of £150,000 for the player who wins the most money across the four events. Robertson indicated that if he is in a strong position after next week’s BetVictor German Masters, he’ll be temped to enter the BetVictor Shoot Out for the first time since 2011.

“I’ll decide after Germany,” he said. “The Shoot Out is a great event, the matches are really a toss of a coin but and I enjoy watching it on TV. It was good to see Thepchaiya winning it last year – if every tournament had that format he’d be world number one.”