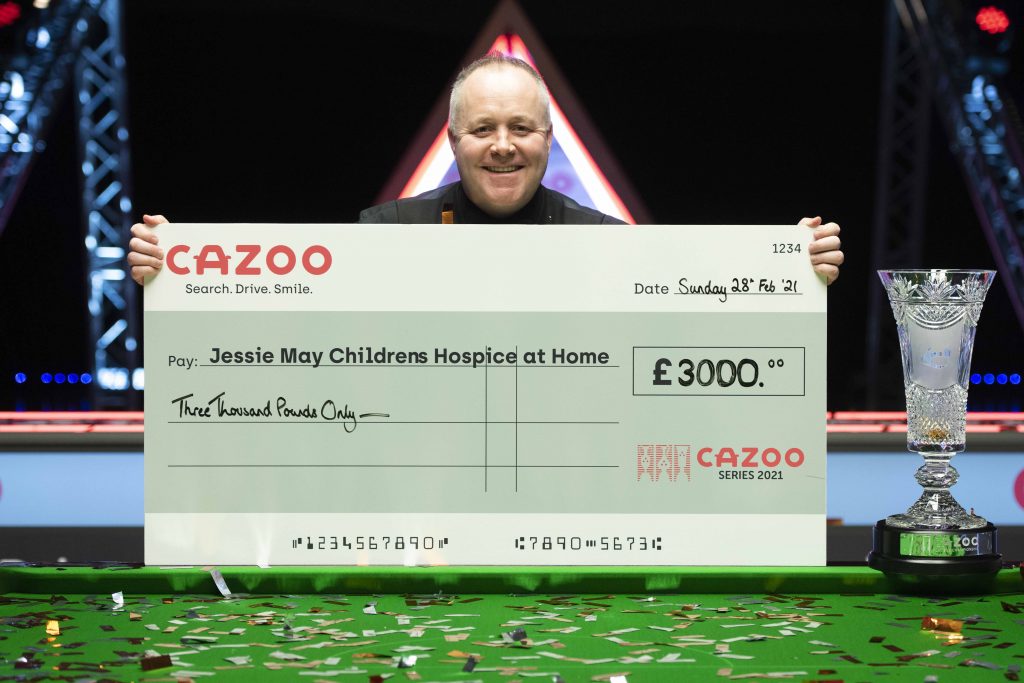 Cazoo, the UK’s leading online car retailer, which makes ordering a car as simple and seamless as buying any other product online, announced before the event that it will reward every century break in the Cazoo Series with £100 for charity.

The ‘Cazoo Century’ initiative will also run at the Cazoo Tour Championship in March and Cazoo World Grand Prix in December and could raise up to £25,000 for Jessie May Children, a Bristol-based charity providing nursing care at home for children and young people with life limiting conditions who are not expected to live beyond the age of 19.

There were 30 centuries made at the Cazoo Players Championship, bringing the total so far to £3,000. John Higgins won the title, playing what he described as the best snooker of his career, and he alone made eight centuries in his four matches. Beaten finalist Ronnie O’Sullivan made five centuries – including the tournament-high 144.

The next event in the Cazoo Series is the Cazoo Tour Championship which runs from March 22 to 28, featuring the top eight players on the one-year rankings.