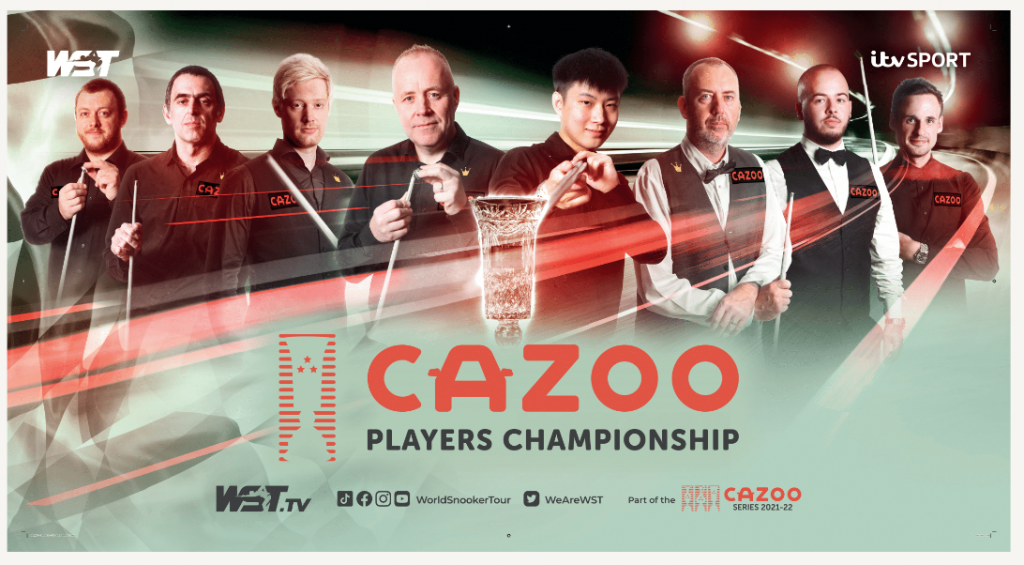 The match schedule for next week’s Cazoo Players Championship in Wolverhampton is now available.

Tickets are on sale now and start at just £15. Seats are sure to sell fast now that the format has been announced. Book fast to make sure of your tickets to see the best players on the planet – for details click here.

Ronnie O’Sullivan will face Judd Trump in the stand-out first round tie at the tournament, which runs from February 7 to 13 at Aldersley Leisure Village in Wolverhampton.

Only the top 16 on the one-year ranking list are in the draw, so it’s an elite field of the best players of the season so far.

Zhao Xintong is the runaway rankings leader and number one seed, so he will face 16th seed Barry Hawkins in the first round. O’Sullivan is third on the list so will face 14th-placed Trump in a blockbuster clash.

The tournament will be televised by ITV4 and a range of other broadcasters worldwide.