Champion Of Champions Heads To Bolton 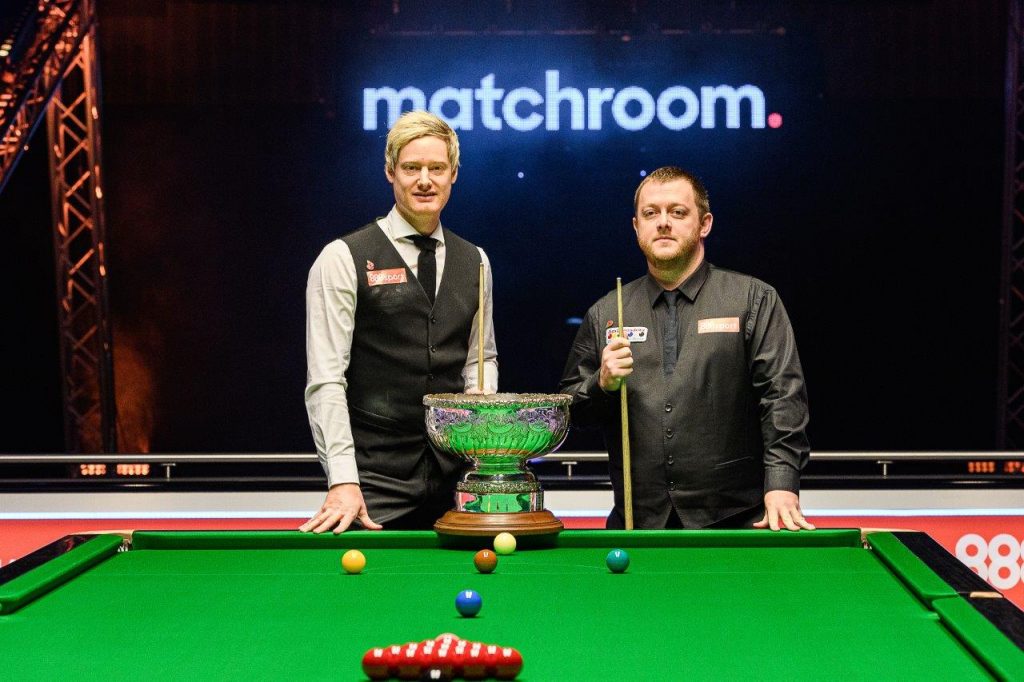 The 2021 Champion of Champions will take place in front of a full crowd from November 15-21 at the Bolton Whites Hotel at the University of Bolton Stadium, with tickets on sale from Monday, April 26.

Featuring tournament winners from the previous 12 months, the Champion of Champions has become one of snooker’s biggest tournaments. The likes of Ronnie O’Sullivan, John Higgins and Shaun Murphy have all lifted the trophy, which was won last year by Northern Ireland’s Mark Allen.

Tickets will be available to 2019 and 2020 ticket holders in an exclusive pre-sale on Monday, April 26, before general sale opens on Tuesday, April 27. Full ticketing information including pricing and details of the popular hospitality packages will be announced shortly.

Played over seven days live on ITV4 and networks worldwide, snooker’s showpiece Champion of Champions has become one of the biggest events of the season since its inception in 2013. The tournament carries a £440,000 prize fund from which the winner will take home £150,000.

The Champion of Champions sees 16 winners from the World Snooker Tour do battle in a one-table setup. The likes of Judd Trump, Mark Selby and defending champion Allen have already qualified, and they will be joined by the soon-to-be-crowned 2021 World Snooker Champion.

Emily Frazer, Managing Director of Matchroom Multi Sport, Said: “We are thrilled to be bringing the Champion of Champions to Bolton Whites Hotel at the University of Bolton Stadium, and even more thrilled at the prospect of welcome fans back in November having missed them so much in 2020.

“The Champion of Champions is one of snooker’s standout events, proved by its list of previous winners including Ronnie O’Sullivan, John Higgins and Neil Robertson. We have seen some memorable matches and great moments over the years and we can’t wait to witness more drama on the baize in November.

“Bolton Whites Hotel at the University of Bolton Stadium has proved a successful and popular host venue for our colleagues at the PDC and we are excited to be working with the team there to bring a major snooker event to the North West.”

Rachel Wilson, Sales Director for Bolton Whites Hotel at the University of Bolton Stadium, said: “The return of events here at Bolton Whites Hotel is something that we have all been looking forward to for a long time and we are delighted to be welcoming such a prestigious tournament to our multi-purpose venue later this year.”

The Champion of Champions begins with a quartet of four-man groups played over four days from Monday, November 15 until Thursday, November 18. The winner of each group progresses to the semi-finals, with one played on Friday, November 19 and the other on Saturday, November 20. The final on Sunday, November 21 will be over 19 frames.