The qualifying list for the 2020 Champion of Champions has been confirmed, with defending champion Neil Robertson leading a field which also includes World Champion Ronnie O’Sullivan and quadruple ranking event winner Judd Trump. 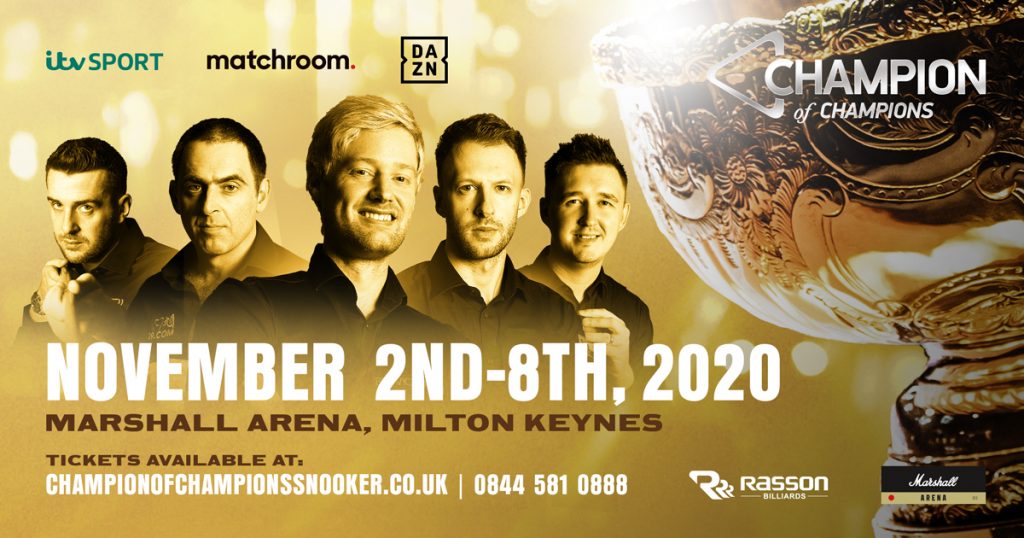 With the schedule for the start of the new WST season set out, there are three further events to be played prior to the Champion of Champions, which will take place at Marshall Arena, Milton Keynes from Monday, November 2 until Sunday, November 8, live on ITV4.

Robertson enters as defending champion having beaten Judd Trump in the deciding frame of last year’s final to claim the crown for a second time. Trump himself has qualified after adding the Northern Ireland Open, German Masters, Players Championship and Gibraltar Open titles to his CV over the last 12 months.

The winners of the new season’s European Masters and English Open will also earn a spot at the Champion of Champions, where the winner will walk away with £150,000.

The 2020 Champion of Champions Qualifying List comprises 22 spots, which are split into six sections. Tournaments within each of the six sections are listed chronologically. As no more than 16 different players can now qualify through winning WST events, should the upcoming Championship League Snooker, European Masters or English Open by won by players already entered, the WST Ranking List will be used to complete the field.

The draw for the 2020 Champion of Champions will be made this autumn.