Champion of Champions: The Finals

Next week sees snooker’s elite Champion of Champions event take place for the eighth time, with the Marshall Arena in Milton Keynes playing host to the showpiece invitational event from November 2nd to 8th.

In a short timespan the Champion of Champions has established a rich history and vast prestige since the inaugural running of the competition in 2013.

The event, which brings together tournament winners from the preceding 12 months, came down to a deciding frame in 2018 and 2019 and never fails to produce thrilling action and high quality snooker. 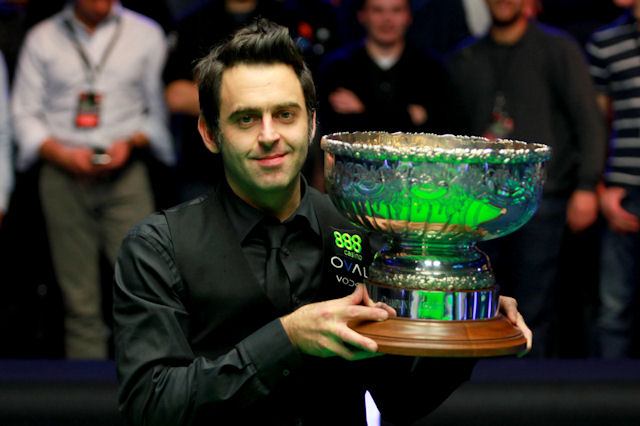 It was Basildon cueman Bingham who took a slender 5-4 advantage into the final session, after a keenly contested afternoon of snooker.

The pair continued to be closely matched in the evening, trading frames and finding themselves locked together at 8-8. As the prize came into focus, O’Sullivan stepped up to the plate, claiming the following two frames to win 10-8.

O’Sullivan said: “I think sometimes when you get near the winning line you have to make it happen. I learned my lesson years ago against Stephen Hendry, where I maybe played a couple of negative shots in the latter stages of the game and he didn’t, he took the bull by the horns and for me that was one of my biggest lessons in snooker.” 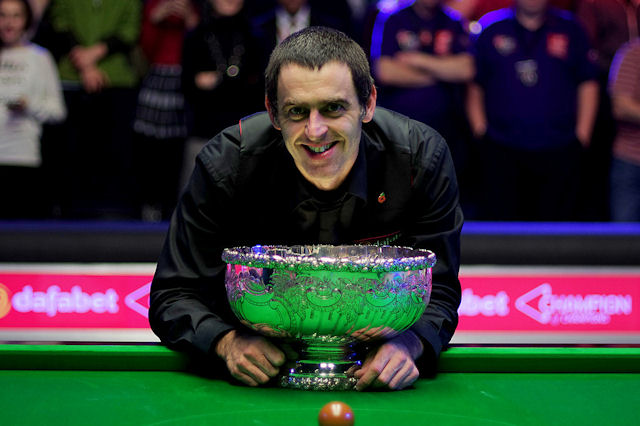 A scintillating clash between two giants of the baize saw the Rocket maintain his 100% record at the Champion of Champions with a fine win in the final over Trump.

Between the pair, they composed six centuries in the 17 frames, as well as another 11 breaks over 50.

O’Sullivan had appeared to be on course for a routine victory when he led 8-3. However, Trump came roaring back to win four on the bounce and pull within one at 8-7. Much like a year earlier, O’Sullivan crucially clinched two on the bounce to take home the trophy.

“That was as well as you can play,” said O’Sullivan. “I had four centuries, two or three 70s and a couple of 80s. That is nine frames without reply. Judd played some good stuff as well and I am happy to have been involved in a match of such quality.” 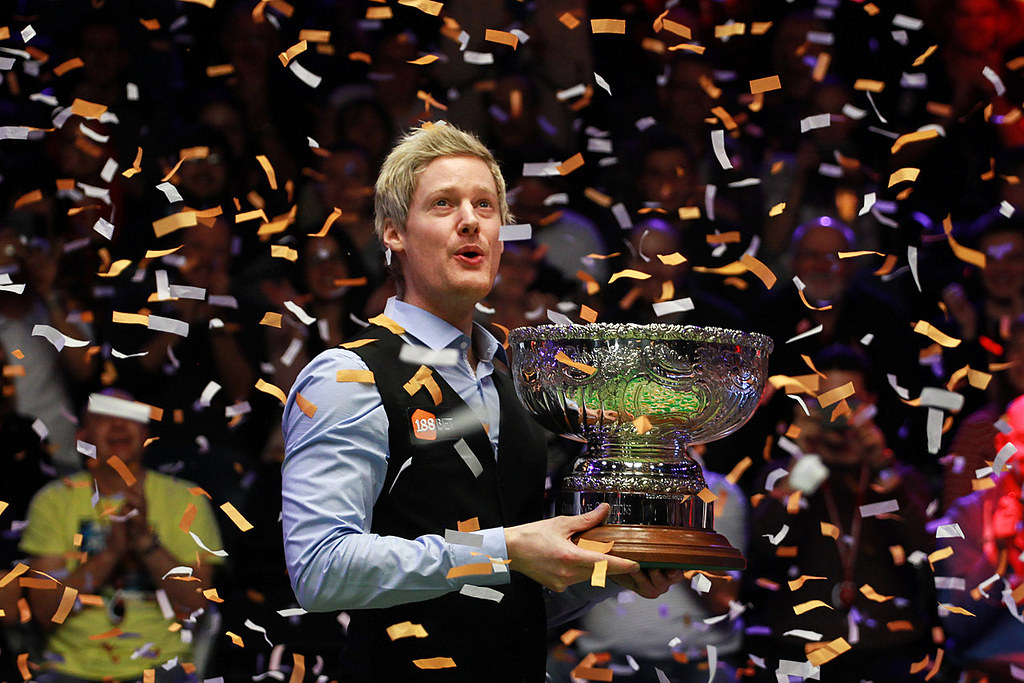 Australia’s Robertson lifted the prestigious invitational title for the first time, claiming the trophy after a comprehensive defeat of Northern Irishman Allen.

The Thunder from Down Under established a 6-3 advantage after the opening session in the afternoon. It was a lead which the 2010 World Champion wouldn’t squander, converting his 10-5 victory.

Robertson became the first player to win the title other than O’Sullivan, who kept his 100% record intact after he withdrew from the event.

“The support all week has been wonderful and this tournament is a real challenger as our fourth major of the season. It is absolutely amazing,” said Triple Crown winner Robertson. “This is the first major title I have picked up in over 12 months now, so it is nice to be able to break the duck.” 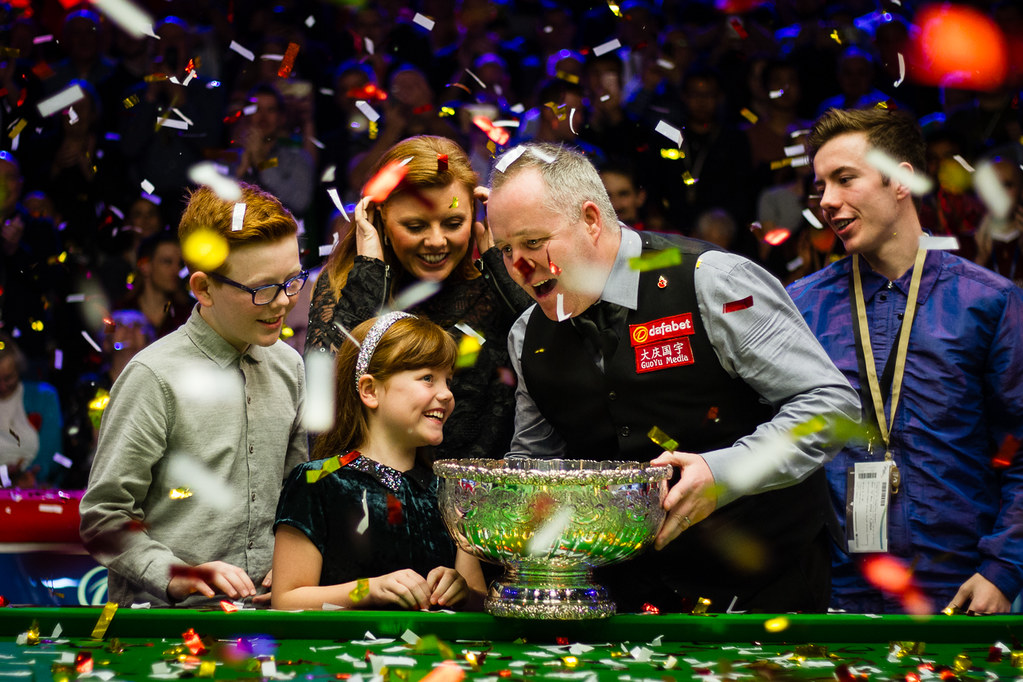 O’Sullivan continued his unbeaten blitz in the event, before it was brought to a halt by a stunning performance from four-time World Champion Higgins, which secured the Scot the title for the first time.

In the lead up to the final, O’Sullivan had made it 11 wins from 11 in the event after beating Robin Hull, Martin Gould and Mark Allen, while Higgins impressively dispatched Shaun Murphy, Judd Trump and Ding Junhui en route to the title match.

Victory for Higgins continued his devastating run of form, it was a second consecutive title after victory at the China Championship the previous week. He would go on to make a 147 at the Northern Ireland Open the week after.

The pair were locked together at 7-7, when Higgins burst for the finish line. He compiled breaks of 76, 86, 40 and 58, while restricting O’Sullivan to just a single point, to win three on the bounce and secure victory.

“I am delighted to put my name on the list of Champion of Champions winners,” said Higgins. “It has been a good two weeks and you have to roll with it when it is going for you.

“I can’t speak for Ronnie but I was buzzed up coming into play. I just wish my old man was still here to see me take part in these finals,” Higgins added, referring to his father John who passed away in 2011. 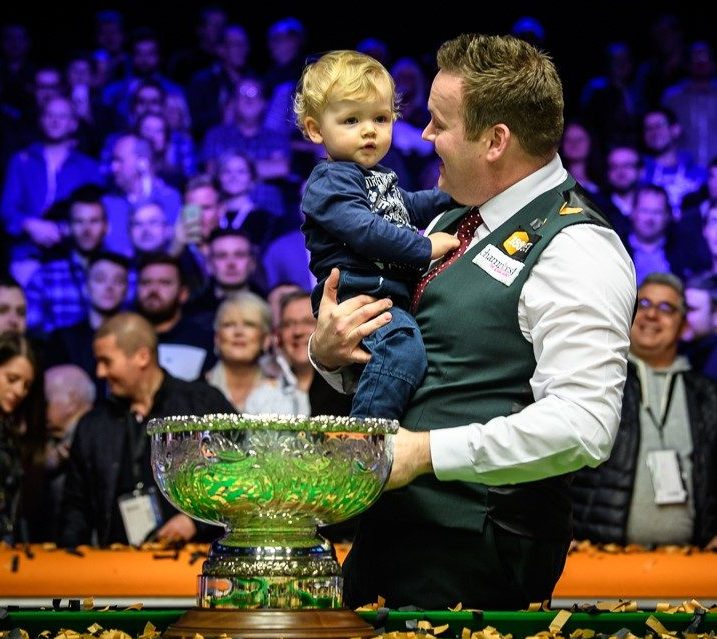 Murphy survived an O’Sullivan fightback to secure his first ever Champion of Champions title.

The Magician had looked set to coast home to victory, when he moved one frame from the title at 9-5. However, O’Sullivan came roaring back into contention with three frames on the bounce to make it 9-8. It had looked set to be a decider, before O’Sullivan missed a straightforward green and allowed Murphy to clear and secure the title.

“These are the moments you live for as a snooker player,” said Murphy. “Ronnie is the best player of all time, the best player we have seen and the ultimate test. To play him in a big, big final and get to ten first – because I very nearly didn’t – is an amazing feeling.

“We call it dead-man syndrome – people play like they have got nothing to lose and he started going for shots which we all know he can get, and they started going in.

“I don’t feel that I did a great deal wrong to be honest and had the match gone to a deciding frame I wouldn’t have been banging my head against a wall. But against somebody like Ronnie it can happen and the match can turn like that. Fortunately, he missed the green at the end and I was able to clear up.” 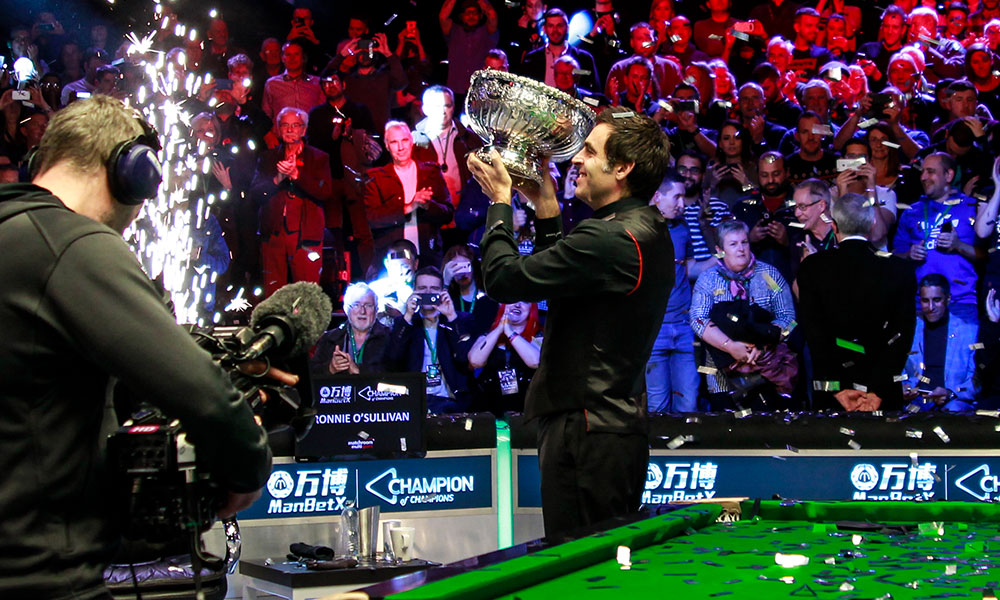 A breathtaking final saw O’Sullivan pick up his third Champion of Champions crown at the expensive of Kettering’s Wilson, who came within touching distance of the title.

The Warrior had overturned an 8-5 deficit and was within two pots of glory when he led 9-8. However, he couldn’t get over the line and O’Sullivan punished him to force a decider.

Typically the Essex cueman produced his best under the most severe pressure, with a sublime run of 110 to claim victory.

O’Sullivan said: “I wasn’t at my best but you have to compete and do your best and give whatever there is to give on the day and that is what I did.

“Kyren will be a World Champion for sure because he has got bottle, he has the right attitude, he loves the game and he is dedicated.” 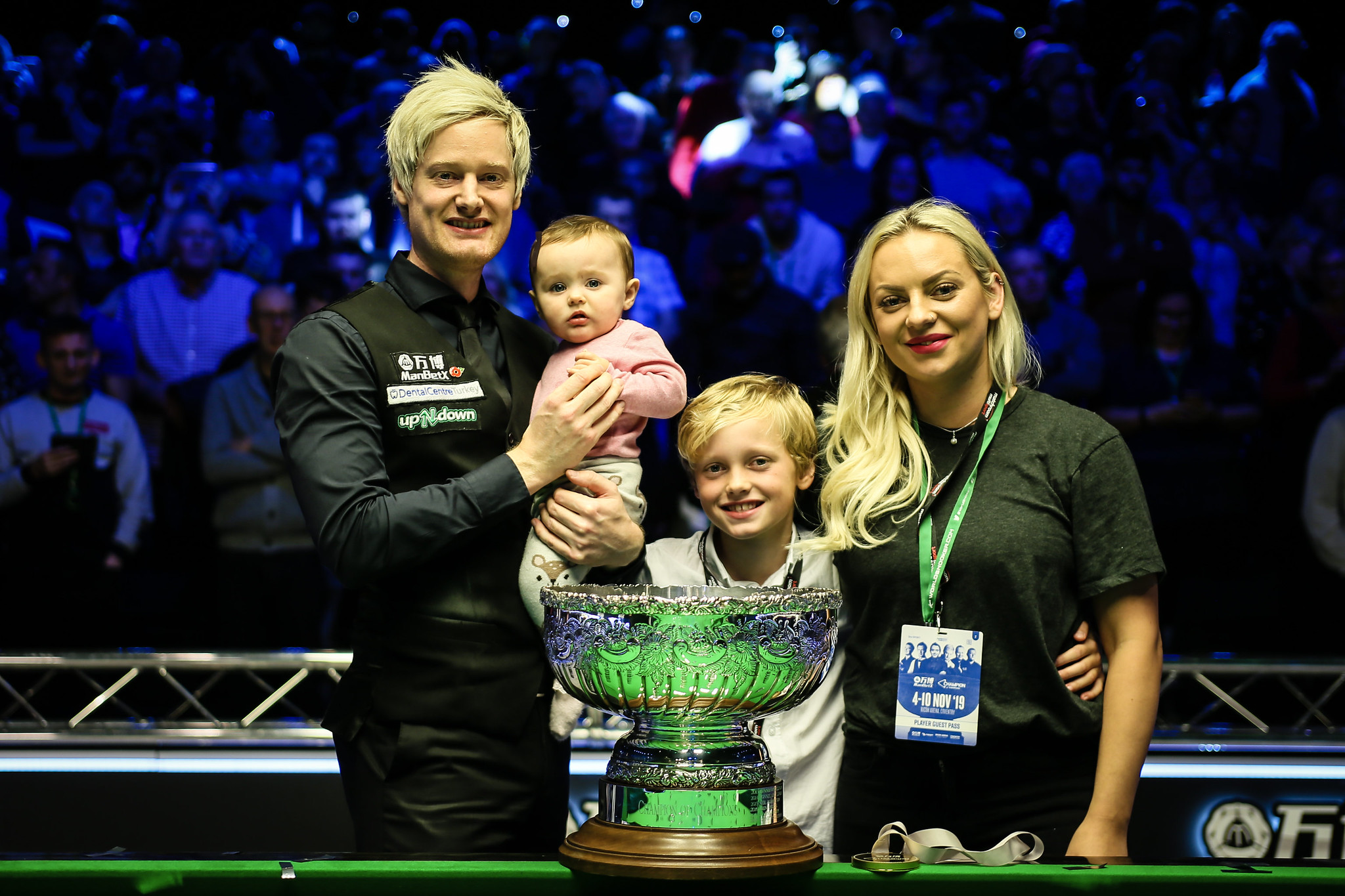 It was a second Champion of Champions win for Robertson, who defeated Trump in a clash between two of modern snooker’s most dominant forces and arguably the finest match the tour has seen in recent years.

An incredible 18th frame saw Robertson come back from requiring snookers, before winning a respotted black to force a decider. He then went for the jugular, ruthlessly firing in a total clearance of 137 to claim the title.

Robertson could barely have had a tougher draw, as he faced Shaun Murphy in the quarter-finals and Ronnie O’Sullivan in the semis, winning both of those matches 6-5. He then fought out this epic contest with world number one Trump in the final.

Robertson said: “There were a lot of centuries, a couple of frames went down to the black and I had to dig deep to force the decider. If you had told Judd and I before the match that this would be the standard we would play, against a lot of other players it would have been done and dusted halfway through the second session.

“It was a great credit to both of us; we never backed down, kept playing the shots and that’s the sort of snooker people want to see. I am sure everybody watching got a great buzz. This is one of the few genuine occasions where you can say it is unfortunate to have a loser in the match.”