Neil Robertson was on the wrong end one of the biggest first round shocks in Cazoo UK Championship history as he lost 6-2 to amateur John Astley.

World number four Robertson won this title for the third time last year, but failed to jump the opening hurdle this time as Astley recorded what he described as the best win of his career. He goes through to the last 64 to play Mark Joyce. 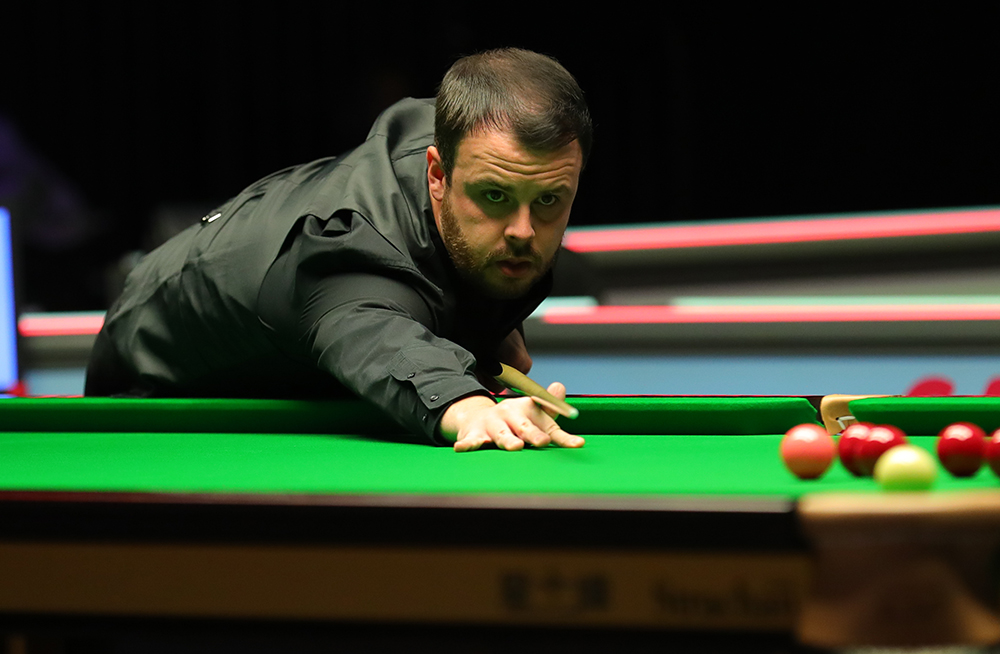 Robertson becomes the second top player to lose to an amateur in the opening round this week, following Shaun Murphy’s defeat against Si Jiahui on Tuesday.

Australia’s Robertson arrived in York full of confidence having won the BetVictor English Open earlier this month, but was well below his best today. It’s the second time he has lost to an amateur at the Barbican when defending the title, having been knocked out by Peter Lines in 2016.

Breaks of 74 and 83 helped give Gateshead’s Astley a 4-1 lead. Robertson pulled one back with a 124 but his opponent responded superbly with a century of his own, 119 to lead 5-2.

In frame eight, Astley went 26 points ahead by potting the final yellow, then Robertson got the snooker he needed on the brown. But Astley converted a clever cocked-hat double on the brown to clinch the result.

“It’s got to be at the best win of my career considering the tournament and who I was playing, I can’t think of anything bigger,” said Astley, who earns a place in this event as one of the leading players in the 2021 Q School rankings.

“It’s a massive tournament so I’ve been practising hard, I’ve felt like my game has been getting better and better this season because I have played in nearly all of the tournaments and the match play has sharpened me up. I thought I was going to have a good chance at putting up a fight today.

“I had a lot of friends and family here today and I could hear them up on the balcony. It’s great because we didn’t have crowds last season, it gives everything a different feel when you’re potting balls and getting claps and making breaks. That makes it makes it even more special.” 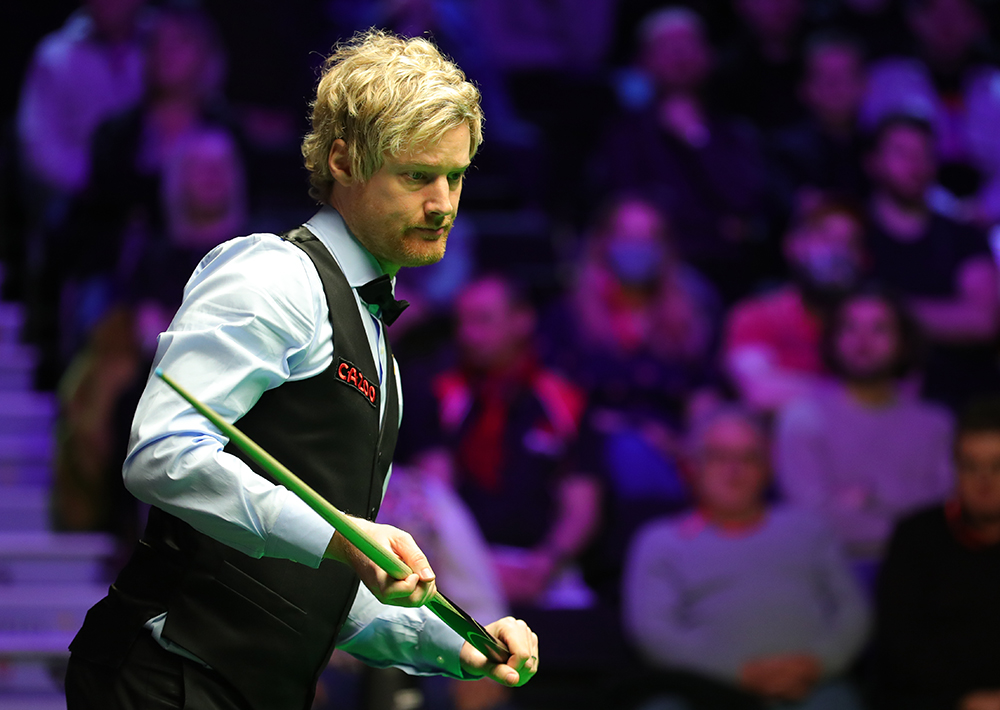 Robertson said: “It obviously hurts, as a defending champion you don’t want to give up the title so easily, but you have to credit John there, he played a great match. He was fearless out there, he went for his shots, I was off the pace and lacked a bit of focus and energy to play at the right tempo.

“He probably played the match of his life, you’ve got to give him every credit for that because there was a crowd watching, it was on the main table and he stood up to it. In the early rounds seeds are vulnerable in any sport, if you don’t play well then you leave yourself open to getting beat.”

Martin Gould fired breaks of 64, 82, 59, 81 and 103 in a 6-1 thrashing of Barry Pinches. Gould said: “I picked up on Barry’s negativity right from the start, my game plan was to give it to him and make him sit there and rue not taking on the couple of shots that he could have taken on.

“I scored heavily, that’s something I’ve been working on for the last few weeks. I’m trying to get the flow that I show on the practice table and take it into the arena, which isn’t always the easiest part to do. Sometimes you bog yourself down, but in my last few matches I’m averaging around the 20 second a shot mark so that’s the flow I like to be in. That way my free scoring comes and I become a handful again.”

China’s Tian Pengfei came from 3-0 down to edge out Germany’s Simon Lichtenberg 6-5 while Joe Perry saw off Fraser Patrick 6-1 with a top break of 111.