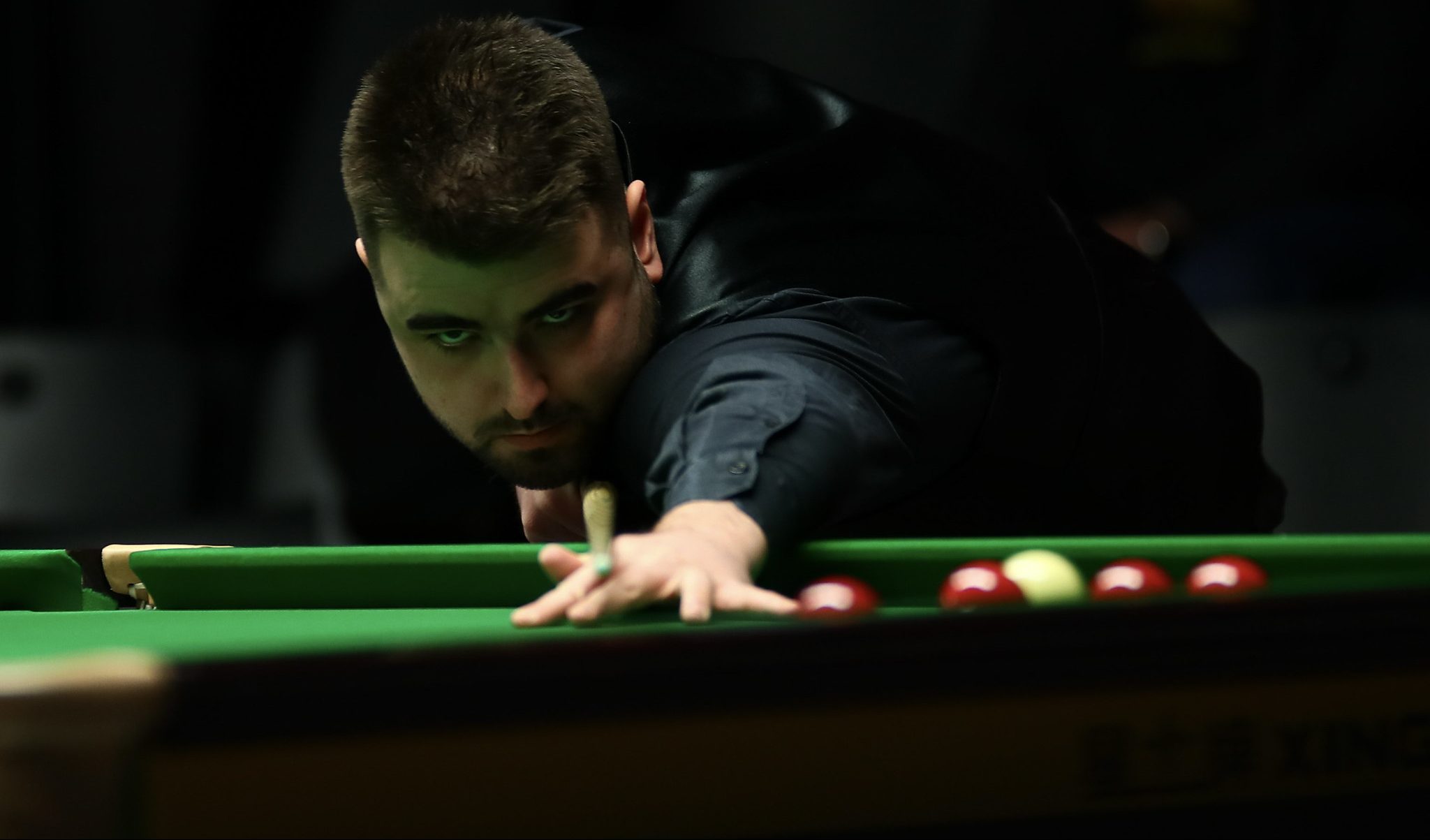 Jamie Clarke entered Betfred World Championship qualifying knowing that only securing a Crucible debut would save him from relegation off the circuit. Defying all of the odds, that is exactly what he achieved.

Clarke endured a difficult campaign up until the showpiece event in Sheffield, suffering nine first round exits. However, wins over Mitchell Mann, Joe Perry and Sunny Akani saw him book a maiden appearance at the Theatre of Dreams.

That cemented his place on the tour, by virtue of a special rule which was brought in this year, stating that any player reaching the Crucible would be awarded with a two-year tour card. This was because scheduling changes, caused by the coronavirus pandemic, meant that Q School was held during the final stages of the World Championship.

The 25-year-old from Llanelli admits that he was already mentally preparing himself for a trip to Q School. However, he feels that his relaxed attitude could have been the key to his success.

Clarke said: “Everybody wants to stay on the circuit, more than anything in the world. It is making yourself have the mentality that if you do drop off, it isn’t the end of the world. If I put everything on that last game, I don’t think I’d have been able to pull the cue back. There were a few boys before I played that needed a win to stay on and lost. It was too much.

“I was more than happy to go to Q School if I needed to. I hadn’t performed well enough to stay on tour and it was as simple as that really. I had some tough draws but you have to at least win one or two of those. I was very relaxed. We were all in the bubble at the qualifiers, confined there and I just wanted to win my first match and get a bit of momentum to take into Q School. That was my mind set to be honest with you.”

Blocking out the importance of what was at stake, meant that when Clarke finally got over the line 10-7 against Sunny Akani in the final round, there was an outpouring of emotion. The former World Under 21 Championship finalist, broke down in tears after sealing his place in snooker’s biggest event and rescuing his professional status.

It was a result which hadn’t come without hard work. Clarke believes practising with Thai number two Noppon Saengkham in Sheffield during the build up to the event played an important role.

“I was very emotional. It was quite difficult to handle, because it was so momentous what had happened. If I didn’t win my last match, I knew I wasn’t staying on the tour or going to the Crucible. It was all on the line. I couldn’t put it into words, I couldn’t speak, I was in tears. It is one of the best feelings I’ve ever had. I was really proud of myself and the way I handled everything.

“I didn’t enjoy practising with Noppon, because I picked out balls for about a week! In seriousness, it was really good. I was getting taught a lesson every day. I was getting close at times and winning the odd set. I played Noppon four or five days in a week and he is brilliant in practice. It was good to get some proper matches in. It was relaxed and I love Sheffield anyway.”

Clarke faced the daunting task of locking horns with former Masters champion Mark Allen in the opening round at the Crucible. Allen produced some of his best snooker, firing in a record equalling five centuries throughout the tie. Despite this, Clarke held his nerve and produced phenomenal snooker of his own to stun the world number five and win 10-8.

“It was a massive moment for me. I never thought it was possible to even get to the Crucible. I was in tears just to get there. To play like I did and handle all of the pressure and all of the media that goes with it, I thought I did myself proud. Hopefully I can take a bit of confidence from that this season,” said 25-year-old Clarke.

“After every match I played I was getting between one and two thousand messages. It was bonkers. Everybody in Wales seemed to be watching. All of Llanelli was supporting me. When I won my first game against Mark, I’ve never experienced anything like it. My whole life exploded a bit over night. When I went home everyone had watched it, which was really nice. Llanelli hasn’t had many sporting figures. Probably not many since Terry Griffiths. Everyone was so supportive. To do it on the biggest stage, I think everyone just appreciated what I’d done.

“Mark is one of the nicest guys on the tour. He was absolutely incredible afterwards and he could easily have just walked off. He is one of the best players in the world. I even saw him at the hotel and he again said that I thoroughly deserved to win. He said I played like a top player, which was really nice coming from him. He is somebody that I’ve looked up to for years. I never thought I’d get in front, I just wanted to stay with him. All of a sudden I was 8-6 up and he’d had five centuries. It was lovely to play a top player, playing well and actually compete and win.” 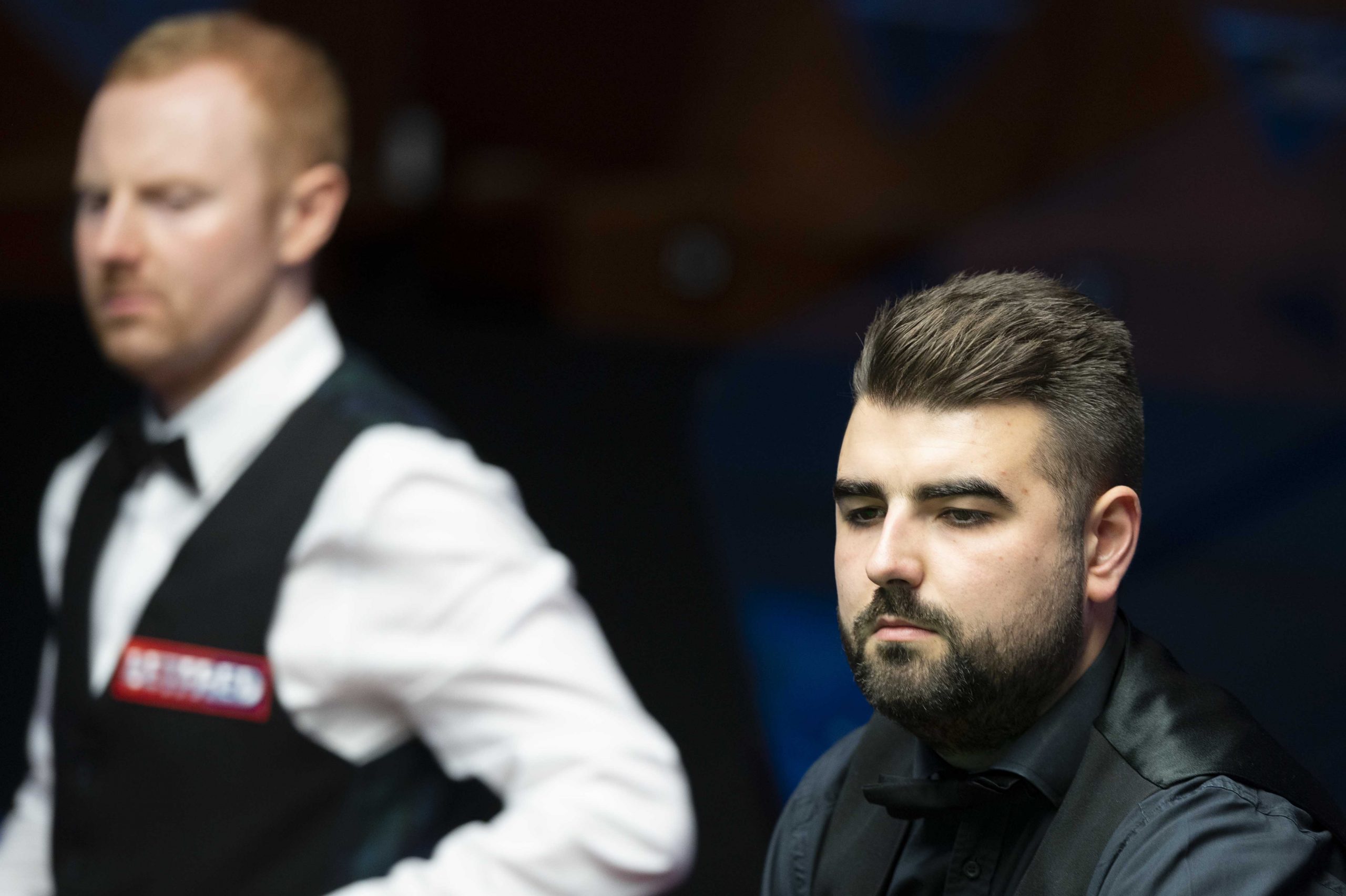 The following round proved to be dramatic as tensions ran high in a clash against Scotland’s Anthony McGill. A flash point came in the tenth frame, when McGill confronted Clarke, claiming he was standing in his eyeline. Clarke won the frame to establish an 8-2 advantage.

In the mid-session interval Clarke took to social media, tweeting: “You want to dance, let’s dance”. That Tweet came in the middle of a run of six consecutive frames from McGill, as he levelled at 8-8 en route to inflicting a gut-wrenching 13-12 defeat on Clarke.

Despite the disappointing nature of the defeat, Clarke is still taking positives from his remarkable run in Sheffield. He’s also vowed to keep utilising social media to unwind during matches and tournaments.

“To be honest. After I got beat I was very emotional, I was a little bit down for ten minutes or so. After I got back in the car and was heading home, I was absolutely fine. I was just really proud of what I’d achieved. A lot of people and top players have found it hard to handle any sort of pressure at the Crucible. My mentality was that Anthony’s matchplay was some of the best I’d seen.

“The Tweet may have motivated him, but it didn’t make any difference to me. I was just really happy and enjoying my time there. I was Tweeting during the first round intervals and at the qualifiers. It is something I’ll probably always do. When you get beat, it obviously looks worse. When I was winning nobody mentioned anything. It is something I do to relax and I have no regrets. I was just enjoying myself really.

“You do have to be careful at times on social media and you do have to be thick skinned. I think you need to enjoy it and do what you want to do. Try to enjoy the better part of it. The tweet with McGill did go viral, but it didn’t bother me because I was enjoying myself. I knew some people would like it and some wouldn’t.”

Looking ahead to the new campaign, Clarke now has a fresh two-year tour card to build from. He’s hoping to carry the momentum over from the Crucible and believes his World Championship exploits could prove to be a pivotal turning point.

“It is a platform. Regardless of what happened at the Crucible, the big thing was having two more years on the tour and that opportunity to try and build. Had I won the tournament or lost to Mark Allen, it was no bother. I’ve proved myself that I can do it under pressure. There are worse things happening out there than losing at the moment. You just need to enjoy it.

“I want to be in the top 80 after the first year, to try and give myself a good chance of the top 64. I have no huge ambition to win tournaments straight away. I’d love to, but I don’t think I’m ready yet. Hopefully in the next five years I could possibly do it. If my game clicks and I get some momentum then who knows.”