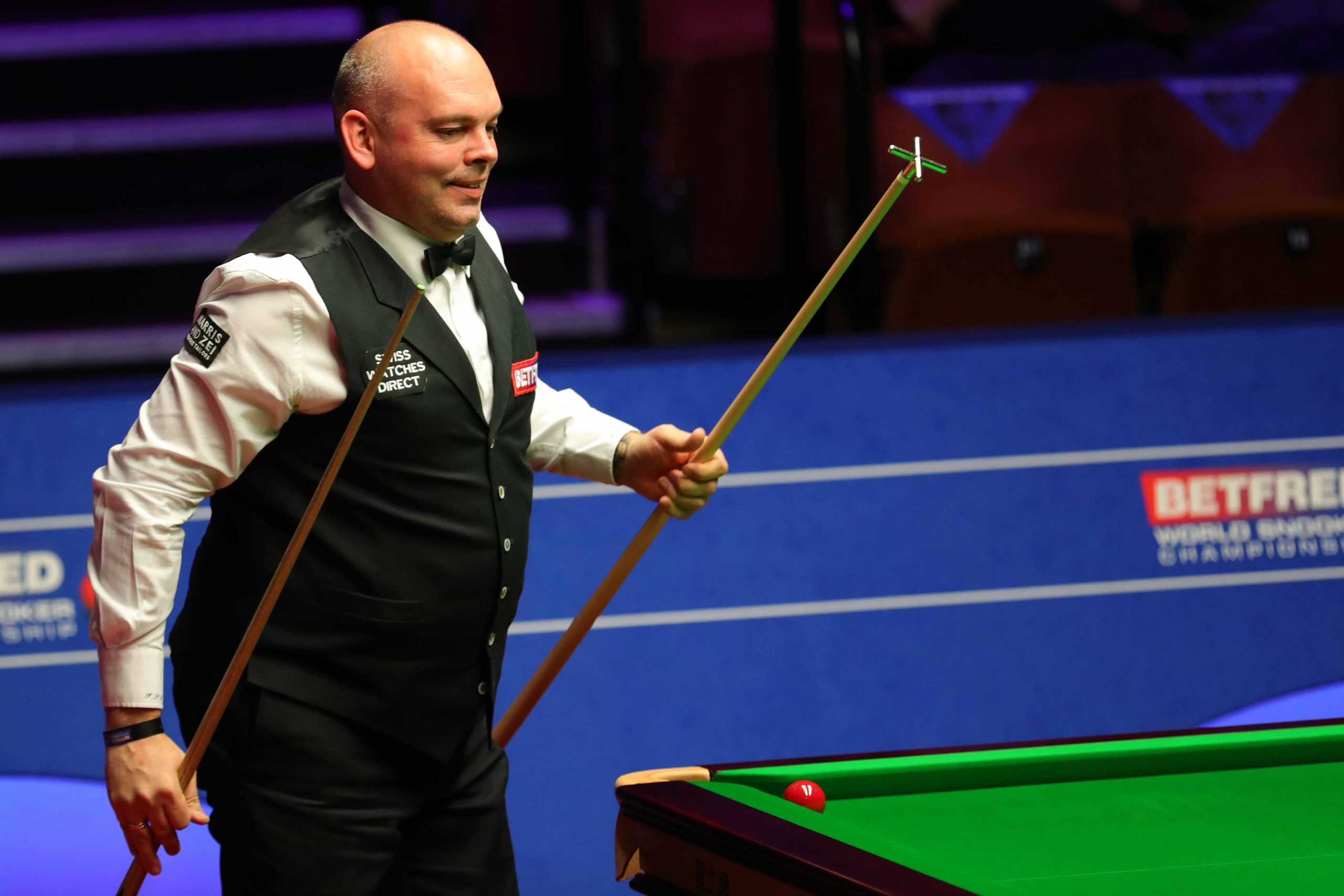 Stuart Bingham believed he was facing a potential career landslide before his run to the semi-finals of the Betfred World Championship in April, now he has designs on lifting snooker’s most famous trophy for a second time.

The 45-year-old Essex cueman, who landed the world title in 2015, had to qualify for this year’s tournament after dropping out of the world’s top 16. It was the first time Bingham required the qualification event to reach the Crucible since 2011.

Bingham eased through two matches to get to the Theatre of Dreams, where he embarked on a sparkling run to the semi-finals. His dream of a second Crucible crown was ended in an epic 17-15 last four loss to eventual World Champion Mark Selby. However, Bingham now admits that his career mindset was a bleak one heading into the event.

Bingham said: “I was having thoughts that this could be the time that I start slipping the rankings. You go through thoughts like that. To pull through and be back at the one table setup meant absolutely everything to me. I felt in that semi-final that I really could go on and win the event. How things can change in the space of two weeks. I went from thinking my career could nearly be over, to nearly getting my hands on the trophy.

“After having those thoughts and facing the qualifiers, it actually did me a lot of good at the Crucible to have two matches under my belt. It gave me massive confidence. I didn’t care who I drew, but I have to admit Ding Junhui was a particularly difficult draw. I made a century in the first frame, hit the ground running and never looked back.”

Bingham had a thrilling opening round clash against Ding, which saw the players locked together at 9-9 where they had to be pulled off to allow the evening session to start. They returned hours later and Bingham trailed 45-4, before firing in what he described at the time as one of the best 70 breaks ever made at the Crucible to win the match 10-9.

Bingham then secured a comfortable defeat of Jamie Jones and edged another thriller in the quarters, beating Anthony McGill 13-12. He maintains that it was the break in the decider with Ding which acted as a catalyst for the rest of the event.

“I still stand by saying that is one of the best 70 breaks at the Crucible. There were all or nothing shots throughout the break. I held myself together and it is definitely up there with, if not the best break of my career. To be pulled off at 9-9 and then be 40 odd down in the decider and come out with that set me up for the rest of the tournament.

“I know that when I am on my game, I have a calmness come about me. If it will happen it does, if it doesn’t then it doesn’t. That’s sport, you can be half a centimetre out and you miss it. In golf one day you are down the middle and another you can’t hit a barn door. You have to get yourself in the right frame of mind and it happened for me that week.” 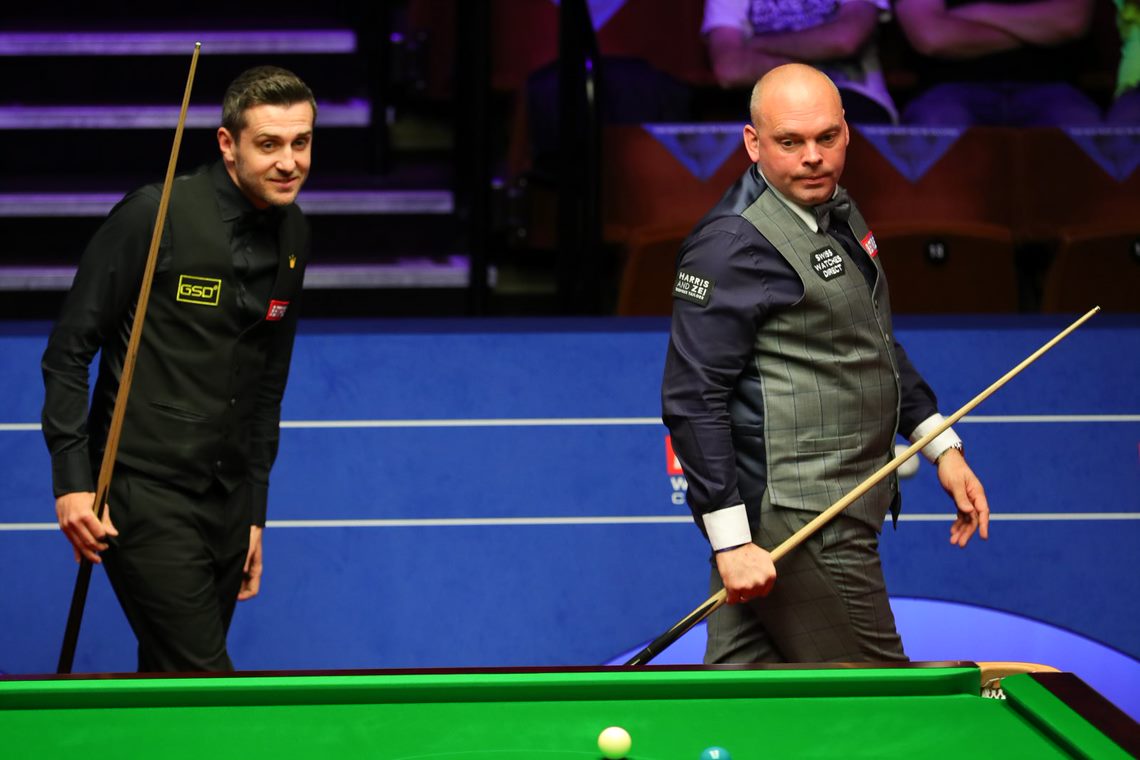 Bingham slugged it out in a marathon semi-final with Selby, which involved 12 hours and 26 minutes of play. With the scores at 16-15 to Selby in their final session, Bingham was once more pulled off before the match could finish. When they returned Selby edged a narrow frame to complete his win. After the match in a heated post-match flash interview, Bingham said that his opponent came “close to gamesmanship”. He admits that his comments were in the heat of the moment and says he has now spoken to Selby about it.

“I lost 17-15 and had 16 breaks over 50. In the last session just missed a few too many balls. There was the pressure of getting into the final. It felt like it was the final. It was tough to take afterwards. I spoke to Mark about a few things, including the interviews at the end and we had a good laugh about it. The match was a great one to be involved in. I was gutted to not get to the final but it has a lot of positives as well.

“If you are a good loser then it can’t mean much to you. I think with what happened at the end, you could see how much it meant. I’ve spoken to Mark and explained that it is a bit hard when you have to stand in front of a camera crew and you are boiling up inside. You can say things that you regret. It is there in history now and you can’t change it. I live for the game and I love the game. If you are like that then emotions can be raw at times.”

Bingham enjoyed the opportunity to play in front of fans again and admits it was a special feeling to walk out once again in the hallowed one table setup. Now he hopes that the light at the end of the pandemic tunnel and his exploits in Sheffield can inspire him to a strong upcoming campaign and add to his six career ranking titles..

“Over the last year I’ve been working with my new coach Gary Filtness and I’m now seeing the benefits. Getting back in that environment and only being beat by the odd frame makes me definitely think I can win the World Championship again. I have that belief now. Looking forward to next season I know what I have to do. I’m trying to get myself a little bit fitter. I’m playing lots of golf and watching what I eat at the moment. I’m looking for a season where I win a tournament or two.

“I’ve got goosebumps just talking about the crowd really. The atmosphere at the Crucible, especially in the 3rd session vs Selby, was unbelievable. That is what we play for. That is why we put in all the hours of playing, just for moments like that. It means everything If you can come out and perform well in front of fans it is the best place ever.

“The measures that have been needed just to play have been unbelievable. It hasn’t been the best year but just to be playing and have a chance to earn for the family was great. There were times during the pandemic that I thought I was going backwards but there is light at the end of the tunnel now and hopefully there is a lot to look forward to.”