Cyclone Blown Away By Holt

Holt captured this title in 2020 and has won more matches in the event than any other player. He’s through to the second round this time and will face Simon Lichtenberg on Saturday night.

Having struggled for form this season, Holt is in danger of losing his tour card as he lies 67th in the provisional end of season rankings, with only the top 64 sure to keep a place. So every victory is vital for the Nottingham cueman.

A break of 42 put him in control today. Zhao, who won his first pro title at the Cazoo UK Championship in York last month, had one late chance to counter, but missed the last red when he trailed by 31 points with the clock running down.

China’s Yuan Sijun snatched victory over Leicester’s Tom Ford in the most dramatic match of the day. Yuan led 21-20 with just a few seconds to go but Ford potted a red to force a blue-ball shoot out. Both players converted the blue on the first attempt, but on the second Ford missed, and Yuan fired home the blue before punching the air in celebration. 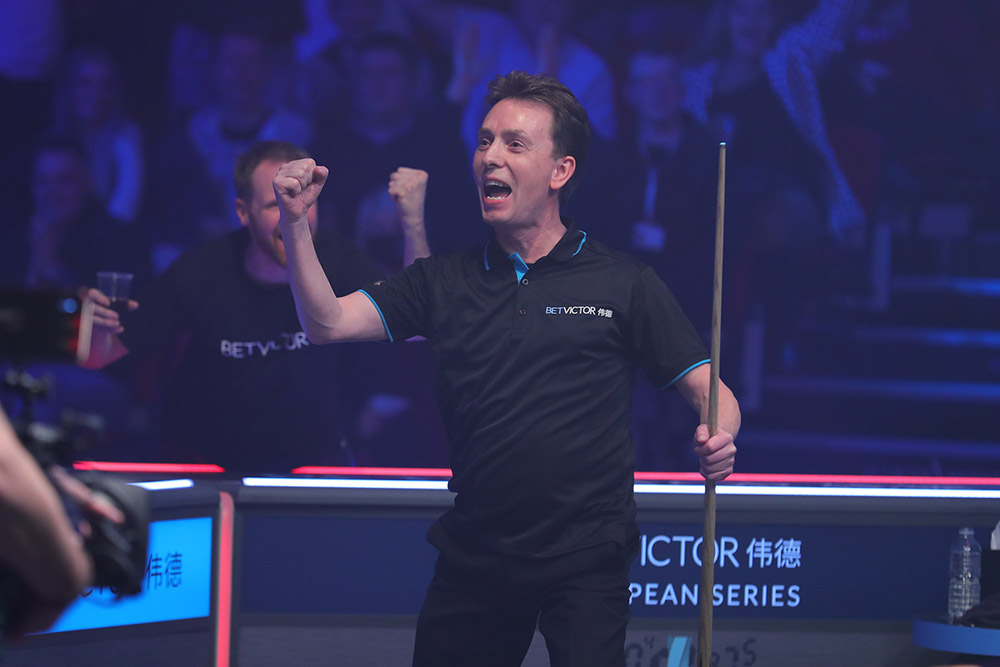 Former World Champion Ken Doherty also enjoyed a thrilling victory, beating Bai Langning. With 70 seconds on the clock, Doherty trailed 26-19, but converted an excellent pot on a long red and added the green, red and black which was enough to put him through to the last 64.

“The heart was fluttering!” Doherty told Eurosport. “I thought I was out, then I got a lifeline at the end. What an atmosphere, it’s wonderful out there, the best I have witnessed at the Shoot Out. I have been watching it on TV and I love it. The crowd have got to enjoy themselves and the players are embracing that more.”

Hossein Vafaei set a new target for the £5,000 high break prize with a tremendous 123 to beat Peter Devlin. BetVictor Scottish Open champion Luca Brecel came from 20-0 down to beat Joe Perry with a break of 40.

Anthony Hamilton compiled a run of 77 to beat Robert Milkins. Mark King trailed Graeme Dott 24-12 but a break of 24 gave him victory.

Round two gets underway at 1pm on Saturday.