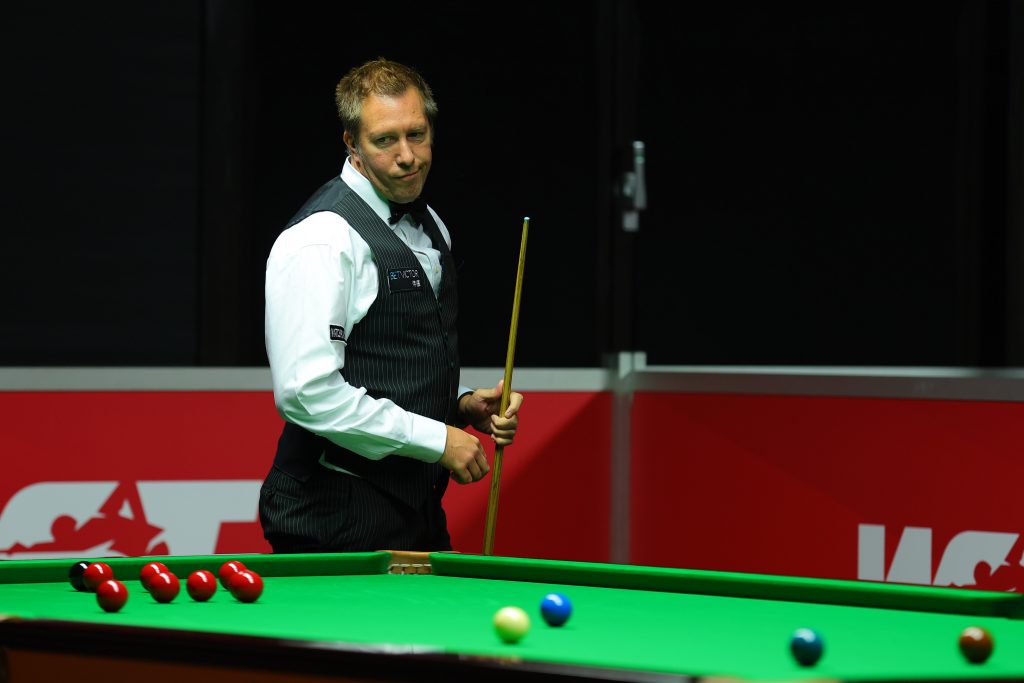 Dominic Dale is readying himself for a return to action at the Cazoo British Open later this month after revealing he was close to calling time on his playing days at the end of the 2021/22 campaign.

The 50-year-old even admitted to drafting a letter of resignation before reconsidering the decision following conversations with a handful of former players. Dale currently faces a battle to remain inside the top 64 and keep his tour card with the latest provisional end of season rankings placing him 63rd.

“I was very, very close to retiring at the end of last season,” revealed the 2014 Shoot Out champion. “I even wrote a letter of resignation from the tour to Jason Ferguson (WPBSA Chairman) and kept it in my draft folder for a few days while I mulled it over.

“David Roe told me he retired when he was still on the tour, and he later regretted it. So I thought I’d carry on for as long as I can but I’ll make sure that I enjoy practice. I do not like going to tournaments unprepared. That is something that I won’t accept. But practising the way I do for two and a half hours a day, proper practice, I always feel I’m leaving the club with my game in decent shape.”

Often, players find it challenging to strike a balance between spending enough time on the table to hone their skills, but not so much that it becomes overwhelming. Dale believes he’s managed to achieve this and has no regrets as he enters his 31st season on the tour.

“There seem to be more capable players than me, yet I’ve won two majors and a few other big tournaments. So I feel I’ve got the best out of myself. I was very, very dedicated for a long time, and I certainly put snooker first, up until maybe five years ago when I just started to enjoy my life a bit more. Had I not put that time in I probably would never have achieved what I have, which is little by the standards of some of the great players, but it’s a lot more than most and has given me a lifestyle that I enjoy.”

Dale started playing snooker when he was just seven years old and as his love for the sport grew, so did the opportunities it would provide. Later in his career, the Welshman discovered a passion for broadcasting and has been commentating for broadcasters including Eurosport and BBC Wales over 20 years.

“The predominant reason why I may retire earlier than some, possibly even while I’m still on the tour, is because I do a lot of commentary,” said the Welshman. “That’s something that will take me through to old age. It’s something I want to move into full time and obviously while I’m playing on the tour I‘m not able to embrace it full time.

“I feel it’s helped my game. When you commentate you see things from a different perspective, you have different camera shots of the table that you don’t have when you’re out there playing.”

This campaign The Spaceman has enjoyed some success, defeating Joe Perry and Jimmy White on his way to reaching the last 32 of the BetVictor European Masters before securing his spot in Belfast for the BetVictor Northern Ireland Open in October. And while Dale admits once again it could be his last as a professional, he’s eager to prolong his early season form for as long as possible.

“If I had a wretched time of it the second half of the season and dropped off the tour, I wouldn’t go through Q School, that’s a certainty. But I just want to keep this start going. I’m going to get some very tough draws of course I am, but I’ll certainly be putting in the effort. I won’t be going to tournaments under-prepared because I hate that feeling. There’s nothing worse.”