Liam Davies became the youngest ever winner of a match in the Betfred World Championship by beating Aaron Hill 6-4 as the first qualifying round got underway in Sheffield.

Welshman Davies is 15 years and 277 days old, and beat the record set in 2020 by Ben Mertens, who was just two days older when he beat James Cahill. 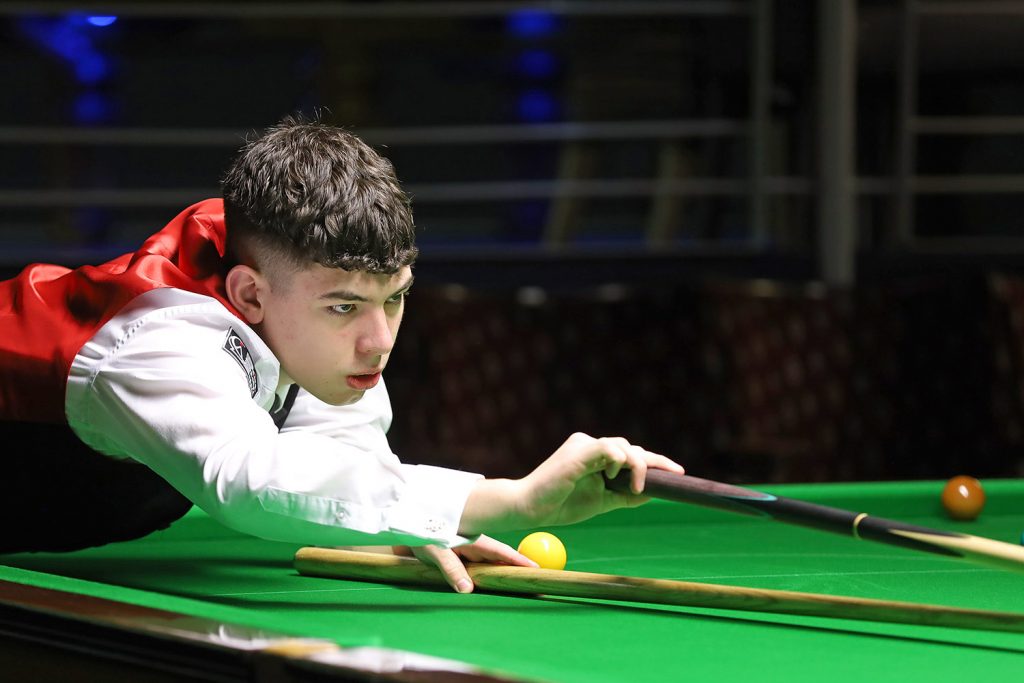 Davies is one of 16 amateurs handed a spot in the qualifying rounds by the WPBSA, having reached the semi-finals of the recent WSF Junior Championship. And the Tredegar cueman justified his place with a fine performance against Hill, who has now been relegated from the pro circuit and will have to go through Q School to regain his card.

A break of 127, the highest of the match, gave Davies the second frame, then from 1-1 he fell 4-2 behind. But he rallied to take the last four in a row with a top run of 72. He needs three more wins to reach the Crucible and faces Fergal O’Brien next.

It was a fine day for the amateurs as Northern Ireland’s 17-year-old Robbie McGuigan came from 3-1 and 4-3 down to score a 6-4 success over experienced pro Alfie Burden.

“To win a match in the World Championship against a professional, it means a lot to me,” said McGuigan. “This tournament adds extra pressure, players miss balls that they don’t miss in any other event. I felt it throughout the match but I was happy to make a nice break of 50 in the last frame to win it.

“I practise a lot with Mark Allen, he’s my step-dad, and I always wanted to be just like him, to walk out in the big tournaments like the Masters and World Championship. My motivation is to do what he is doing. I want to work hard and win big titles.”

Michael White – another amateur albeit with two ranking titles to his name – thrashed Fraser Patrick 6-1 with a top break of 100.

Women’s World Champion Nutcharut Wongharuthai shared the first four frames of her match with Duane Jones, but Welshman Jones then pulled away to win 6-2.