Davis Edges Ahead Against Murphy 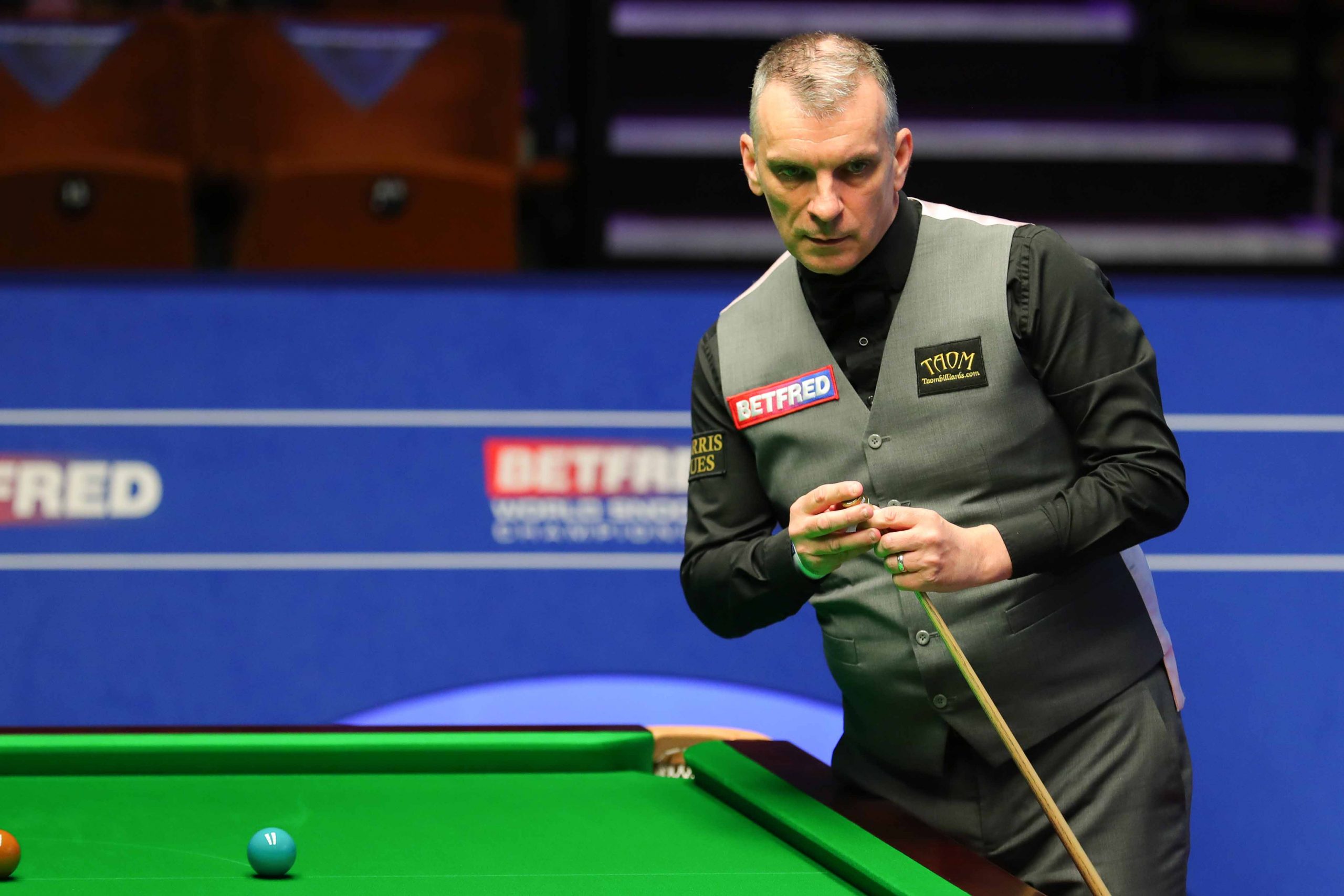 World number 45 Mark Davis leads 2005 Crucible king Shaun Murphy 5-4 after the opening session of their first round meeting at the Betfred World Championship.

The Sussex cueman came through qualifying last week to earn a 12th appearance at the Theatre of Dreams. Aged 48, he is the oldest Crucible competitor since Steve Davis went on a run to the quarter-finals in 2010, at 52-years-old.

Triple Crown holder Murphy is aiming to revive his recent fortunes in Sheffield, having failed to go beyond the second round since his run to the final in 2015. The Magician will have to turn this one around if he is to avoid suffering the same fate this year.

Davis had looked set to take this morning’s opening frame, crafting a promising contribution before breaking down on 56. Murphy fashioned an opportunity of his own and cleared with 62 to take the frame on the black.

However, that setback didn’t deter Davis and he claimed the next two frames to move 2-1 ahead, before Murphy took the fourth to restore parity at the mid-session interval.

Murphy ended the session brightly by composing the first century run of the encounter, 113, to reduce his arrears to 5-4. They will return tomorrow at 1pm to play the best of 19 encounter to a conclusion.

Welshman Williams last lifted the World Championship trophy in 2018, when he defeated John Higgins 18-16 in an epic final. Craigie came through a final frame decider with Zhao Xintong on Judgement Day to win 10-9 and earn a first ever appearance in the final stages.

Craigie showed no signs of early nerves this morning, taking the first frame with a break of 74 and pinching the second on the black to lead 2-0. Breaks of 78 and 52 then helped Williams to reel off four frames on the bounce and move 4-2 ahead. They shared the next two frames, before Craigie fired in an important break of 70 in the last frame of the session to remain in touch at 5-4.

They will play to a finish from 7pm this evening.