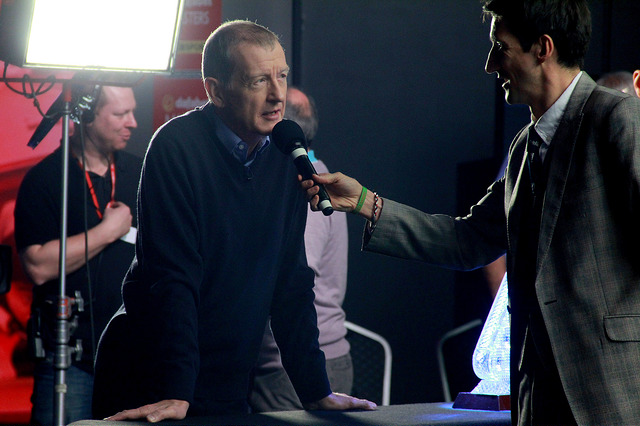 Trump kicks off the defence of his BildBet German Masters title on Wednesday, when he takes on world number 45 Mark Davis.

Last season, Trump notched up a record breaking six ranking titles, to both capture and strengthen his hold on the top of the world rankings. This all came after the Bristolian secured a maiden World Championship win in 2019. Davis, who dominated the sport by winning six world titles in the 1980s, believes snooker’s new top star was not a predictable one.

Davis said: “It wasn’t that difficult when it happened to me, because you had the momentum. It feels like you are on a roll and can’t be stopped. Where some players can’t sustain it, they may not be quite as relentless. If you were to try and think of which players would be relentless, you wouldn’t have necessarily thought that would be Judd Trump, with the naughty snooker style. However, it has turned out he that he has that relentless streak. You can understand it with a Mark Selby style. You don’t know which players have that trait and which don’t.”

Of the seven ranking events so far this season, all bar one have been shared between Trump, Neil Robertson and Mark Selby. Trump has claimed three of those with wins at the English Open, Northern Ireland Open and World Grand Prix. Many have suggested that, alongside World Champion Ronnie O’Sullivan, they are starting to build a ‘big four’ monopoly on the sport.

However, as illustrated by Yan Bingtao’s victory at the Masters last week, Davis believes the difference between them and the rest isn’t as much as it might seem. The 28-time ranking event winner also believes that their success so far this season could be partly down to how they have adapted to competing during the coronavirus pandemic.

“I think they’ve shown themselves to be massively strong competitors. I just think the difference between being there and not being there isn’t much. Once you get into that zone, you have it for as long as you can keep it going for. At any one time another player could knock you out of that zone and come into it themselves.

“With Ronnie, for example, we are all aware he is the most amazing player we have seen on the planet. However, he is not immune to being beaten by someone who is perceived to have less talent. The overall levels of talent are all through the roof compared to what we have had prior to this period of time. The margins are getting thinner.

“There is the possibility the bubble environment suits some people’s mentality better than others. I do think it comes down to understanding what was required of this period of time. Perhaps applying yourself even stronger and working out the puzzle, keeping some focus can be the difference.”