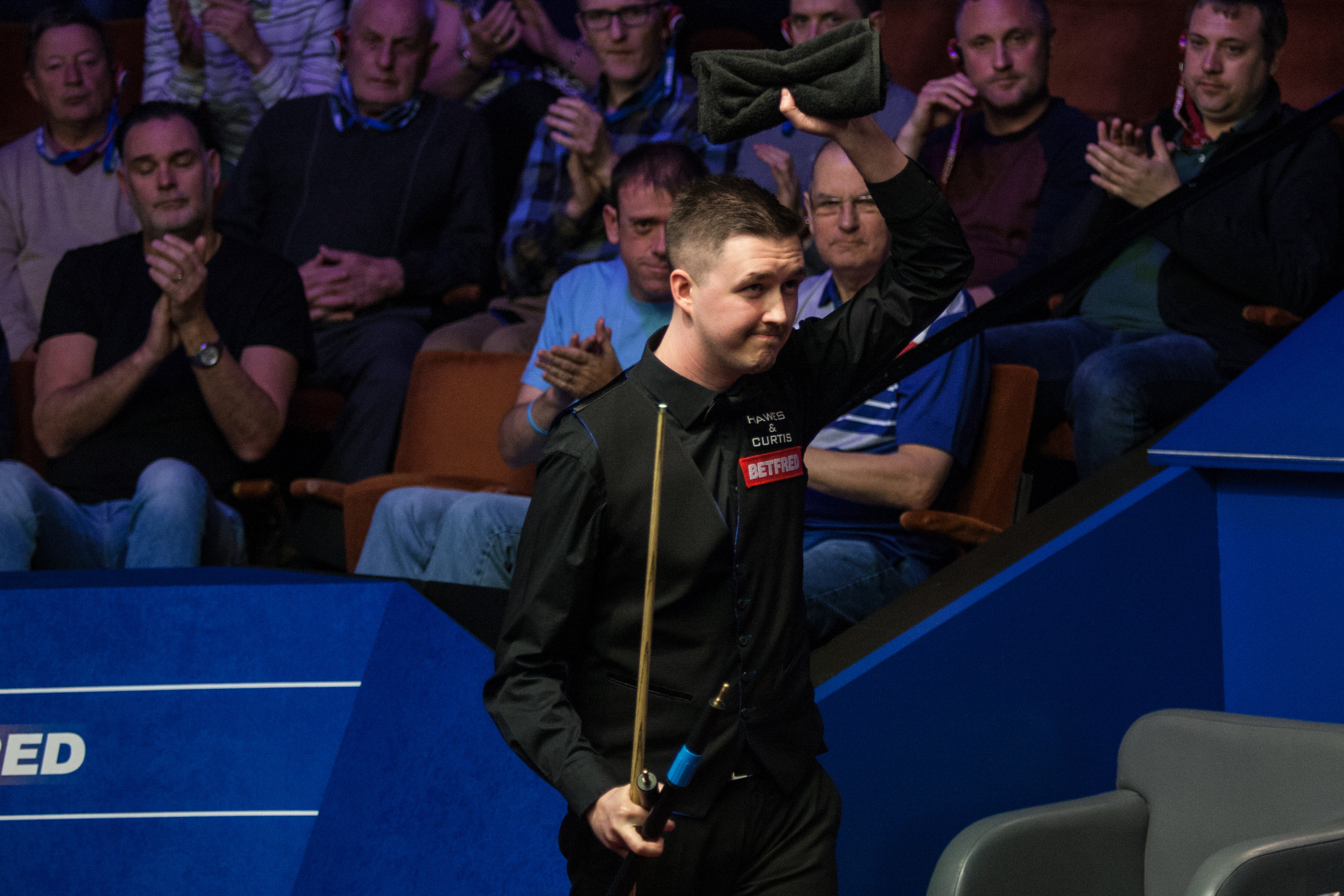 We’ve been chatting to a number of snooker players throughout lockdown to discover which songs are helping get them through isolation, in a series of features inspired by BBC radio’s Desert Island Discs.

Next up, it is world number eight Kyren Wilson’s turn to name his top five songs.

“This is something that I like to play in my dressing room sometimes. I remember playing this when I got to the semi-finals of the World Championship against John Higgins in 2018. It is very upbeat and very positive. This is the sort of song that my pool team put on the jukebox a lot. My best friend is landlord at a pub in Kettering, so I play for the pool team there on a Wednesday night. The league is pretty strong. I just go along to socialise and have a few drinks and I more or less get beat every week, I’m terrible! It is nice to get out and have a bit of banter though.”

R.Kelly – I Believe I Can Fly

“I always listened to his classics growing up and you hear songs like The World’s Greatest and think about winning the world title. It leads you onto other songs of his. With tongue in cheek, if I am going to be stuck on a desert island then I have to try and believe I can fly.”

“I am very lucky to have my own snooker room with a bar in it and I’ve been playing this a lot in there with my wife Sophie. Each weekend we do family quizzes online, so just before it starts we put this on. This is one of her favourite songs. I’m going to go soppy as well, but I would love to be together again with the rest of our family.”

“Post Malone is my favourite artist and this is my favourite song of his. I walked out to this at the Masters earlier this year. It was an awesome atmosphere. I’ve always wanted to walk out to one of his songs. Some of them are a bit explicit in terms of the language, so I was surprised it got cleared, but the bit I chose was alright. He makes you feel like a bit of a rockstar when you are in a zone listening to him. It was nice to feel like that when I was walking out at the Masters. He is a really cool artist and this is a cool song. It is one you can have a bit of a rave to, even when you are on your own.”

“This is my go to song when out and about with the lads, it is another one my pool team plays a lot. It is upbeat, uplifting and has a great tune. It is a bit of fun.”

Book – I am actually going to cheat and go for two things. First of all I am going to say any of Ant Middleton’s books. I am a big fan of SAS Who Dares Wins and I think that will keep me motivated. I am also going to take a word search book.

Luxury Item – A sound system to play my songs.