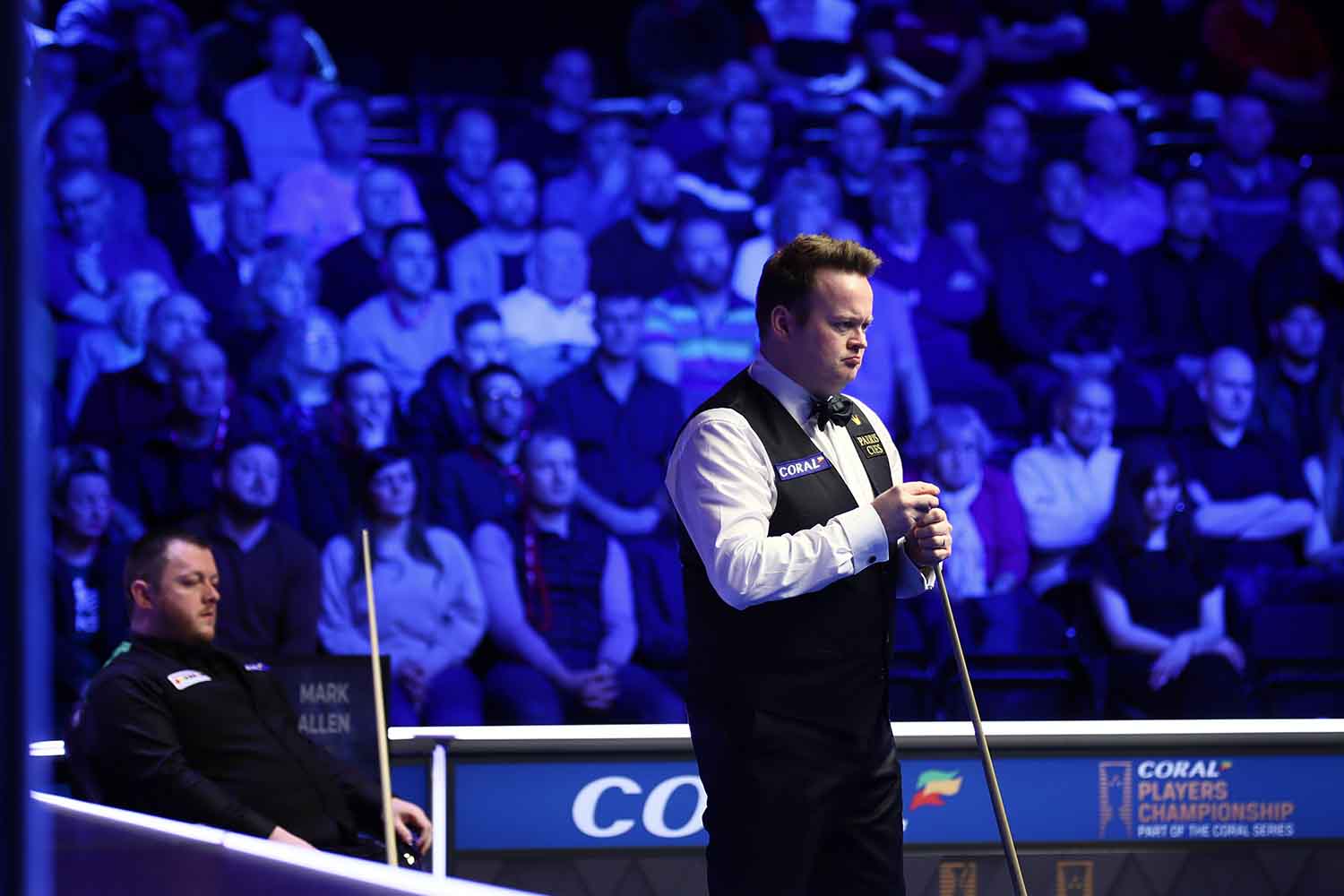 Music has proved to be a source of comfort for many during these times of isolation and lockdown. As a result we have decided to find out which tracks have been keeping the world’s top cueists going, with a series of features inspired by BBC radio’s Desert Island Discs.

First up it is 2005 World Champion Shaun Murphy’s turn to tell us which songs he would take to accompany him if he were stranded on a desert island.

“Well I have to include this, as it is my walk on music. I think any player that doesn’t choose their walk on music suffers a massive blow to their integrity! I still feel I have chosen the best song on tour anyway. This is a track I am very fond of and have lots of good memories of. I remember walking out to it at the German Masters a few years ago and the crowd went mental. This song creates a really good atmosphere. A couple of the entrances at Alexandra Palace have been epic. I haven’t quite gone down the rabbit hole of throwing in a few dance moves to it yet, but that may happen. This is one of those songs that the DJ puts on after you have had a few drinks and really gets you up for it.”

These Are The Days Of Our Lives – Queen

“I actually discovered this track on a YouTube video with the BBC montage from the 1992 World Championship. They originally showed it halfway through the final, when Jimmy White was quite far ahead of Stephen Hendry. I just think the way they cut it together and told the story of the tournament with the music was amazing. It was more special to me because that was the first year that I went to watch at the Crucible Theatre as a child. I am immediately transported back to being a nine-year-old boy watching Peter Ebdon play Steve Davis when I hear this. It is a special song anyway and it also takes me back to being a child.”

“People have written and talked about this song for years and years. It is the first Elton John song I learned to play on the piano and it is a song that the minute you start playing everyone can identify. Usually people like to have a bit of a sing along and it means so much to so many people. For some reason it scratches below the surface and seems to get the emotions going.”

Friday I’m in Love – The Cure

“This is a great song and it is another one which takes me back. It came out in 1992 and the sort of time that I was practising hard down at a club called Raunds Cue Sports every day after school. Whenever I hear it, I feel as if I am back on table five or table eight again. This would always be on the jukebox or VH1 or MTV. It reminds me of those days when I was learning the game and struggling away whilst making 40 and 50 breaks, with that dream of becoming a professional. It puts me straight into a time machine back to those days.”

“This is a very well known piece of music, but a lot of people don’t know it is in three movements. The most easily recognisable piece is the first, but my favourite is the third. If you listen to the third movement, it is an amazing piece of skilful piano playing. I have always had in my mind that if I get to the standard where I can play that then I will feel like I have completed the piano. I must say that I cannot play that piece and am a long way from being able to. I am very much a pub singer kind of pianist. If I can play a tune then I will go for it. However, to perform those classical pieces you need to be able to play the piano properly. It would be a dream come true to play the third movement of the Moonlight Sonata one day.”

“I had lots of great books in mind. One of the best books I have ever read is the Chimp Paradox by Steve Peters. However, I don’t think that would help me out much on an island. I forgot about trying to find a book to help me get off the island and turned to the Dan Brown novels. You simply cannot put them down. I think I will have to go for the Da Vinci Code, but they are all page turners.”

“I think it has to be a piano, partly because it would give me a chance to learn the Moonlight Sonata. I have never done anything where the time passes so quickly as it does when playing the piano. I love snooker and am passionate about it, but when you are playing the piano the time seems to vanish. I think that would be very helpful on a desert Island.”