Devlin’s Journey From CBBC To The Baize 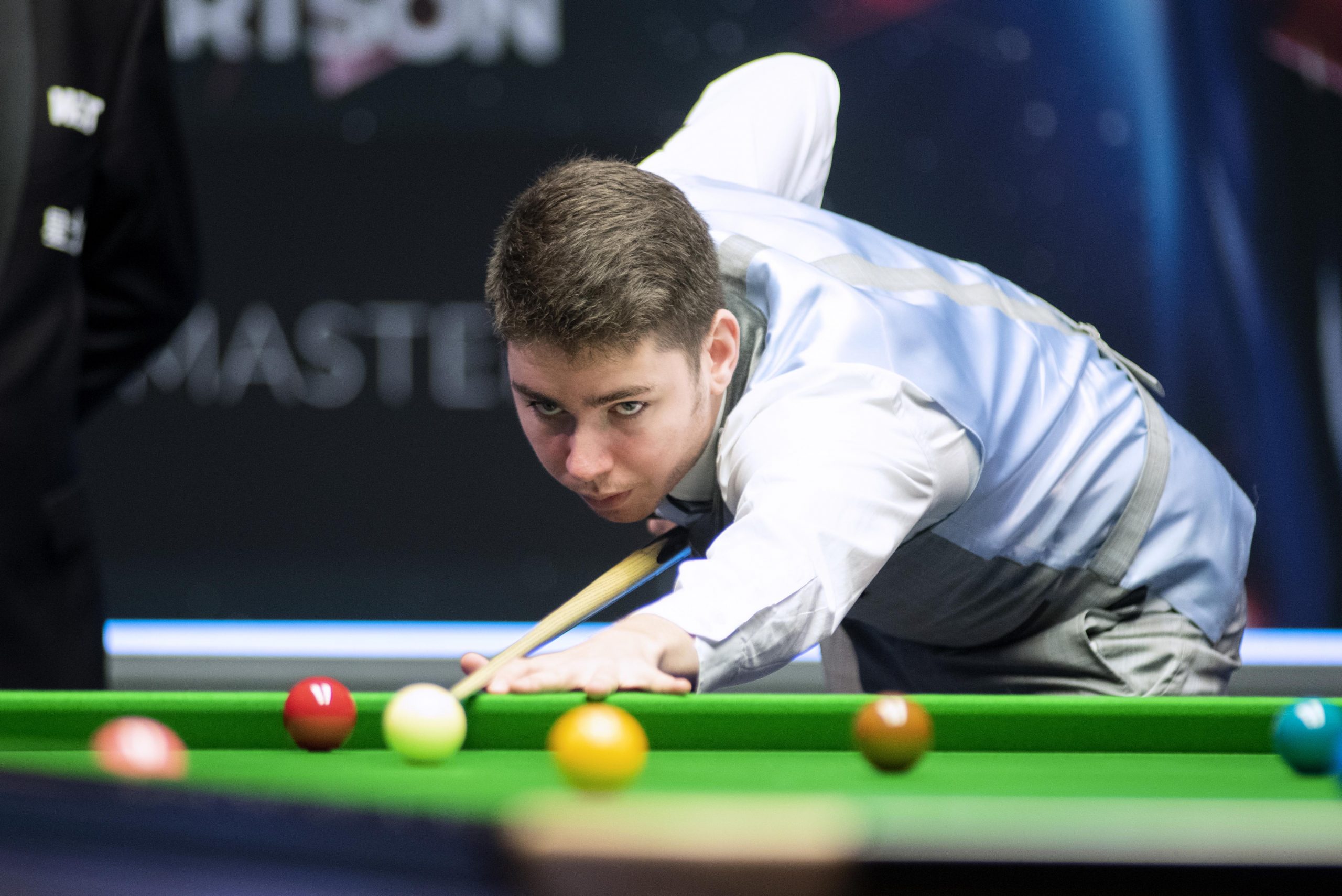 His journey to snooker’s top table has been eventful, having gone from CBBC actor to YouTube rapper on his way to competing on the World Snooker Tour.

Devlin has doggedly pursued his dream of becoming a snooker professional, but in his youth there were other options and avenues for the Londoner. Between the age of nine and 15 he attended drama school and even appeared on the small screen, taking up the lead role in an episode of a children’s TV programme.

Devlin explained: “It was called Afternoon Investigations. It wasn’t very good and I wasn’t very good in it, I wouldn’t say I was acting particularly well! I was very new to it at that point and have appeared on stage since then. There was a long process, but I got an audition and was given the part. I went to Scotland and did filming for a few weeks.

“It was a sort of detective show. I was the main character in one episode. Each one had a different mystery and I had my own one. My character saw a ghost, got really scared and became very popular after re-telling the story to the school. I lost my popularity when it was proven this ghost wasn’t real, so I dressed up as a ghost to scare everybody else and regain my popularity. That was the sort of story we were dealing with!

“It was interesting to see the whole production process come together and all of the tricks they used. We would film in broad daylight and watch the edited episode back and the scene was at night. There was one scene where I was stuffing my face with caramels and as I started chewing them, one hooked round my tooth. It actually ripped it out! The cameras had to stop. I had to film it again with marsh mallows in my mouth pretending they were caramels. There are lots of silly little tricks like that when you are filming things.

“I’ve always been interested in being backstage, even at the snooker. You realise the scale of the events on the professional circuit when you see the depth and detail of everything that is going on. Everywhere you go there are huge storage boxes, structures of steel with lighting attachments, massive cabling going around the venue to various power circuits and TV crews. It made me appreciate how big I thing I have become a part of.”

A man of many talents, world number 107 Devlin has also gained an online following for his comedy rap skills, with over one million views on his YouTube channel. Devlin’s rap videos cover a range of subjects from Love Island to Subway.

“I started off making raps for people’s birthdays as a novelty thing at school. In 2016 I won the English Under-21 Championship and a week later had an allergic reaction to a hazelnut and went to hospital. I had nothing to do in there and had a Subway sandwich ordered in. I did a little rap about Subway. It was a parody of Stormzy’s song Shut Up, I called it Sub Up. I filmed it and it got 100k views on Facebook. It was a buzz seeing people sharing my things and saying it was funny. I enjoyed it. I just started writing about things which were relatable. I’ve done about 15 or 16 now, it is a good laugh. Especially when people say they know exactly how the things feel. Every line is relatable. I am a good rapper and I’ve found it fun. I don’t take myself too seriously.”

However, despite having plenty of interests away from the baize, Devlin admits that his sole career focus has been becoming a snooker professional for quite some time. He gained his place on the circuit back in August after successfully negotiating the Q School gauntlet, beating the likes of Kuldesh Johal, Thor Chuan Leong and John Astley along the way. It was the seventh time of asking for Devlin, who is acutely aware of the unique strains and pressures the event evokes, after suffering heartbreak on his first six attempts.

“The moments leading up to Q School are horrible. They are the sorts of times that you overthink everything and stress yourself out. I changed my tip a week before. All of a sudden people are re-clothing practice tables, changing cues and all sorts. It is that one time of the year, when all of a sudden your whole life is resting on performing,” said 24-year-old Devlin.

“I know what it is like now and made an extra effort not to put too much pressure on myself this year and was fairly calm. A lot of people put themselves under all kinds of pressure. You see people walking about at Q School and their hair is almost falling out in front of you. I’ve been there and fallen for it in previous years. It is extremely tough.

“This year Q School was one of the best days of my life. It was all of the hard work coming to fruition and the dream coming true. You do start to worry about time running out, realistically it wasn’t really but there is pressure on it. It was the best feeling and a lot of relief. I did a little bit of delivery driving in lockdown to pass the time and I know I had drama school, but it has always been snooker that I wanted for a career. When the snooker bug kicked in I put all of my eggs in that basket.” 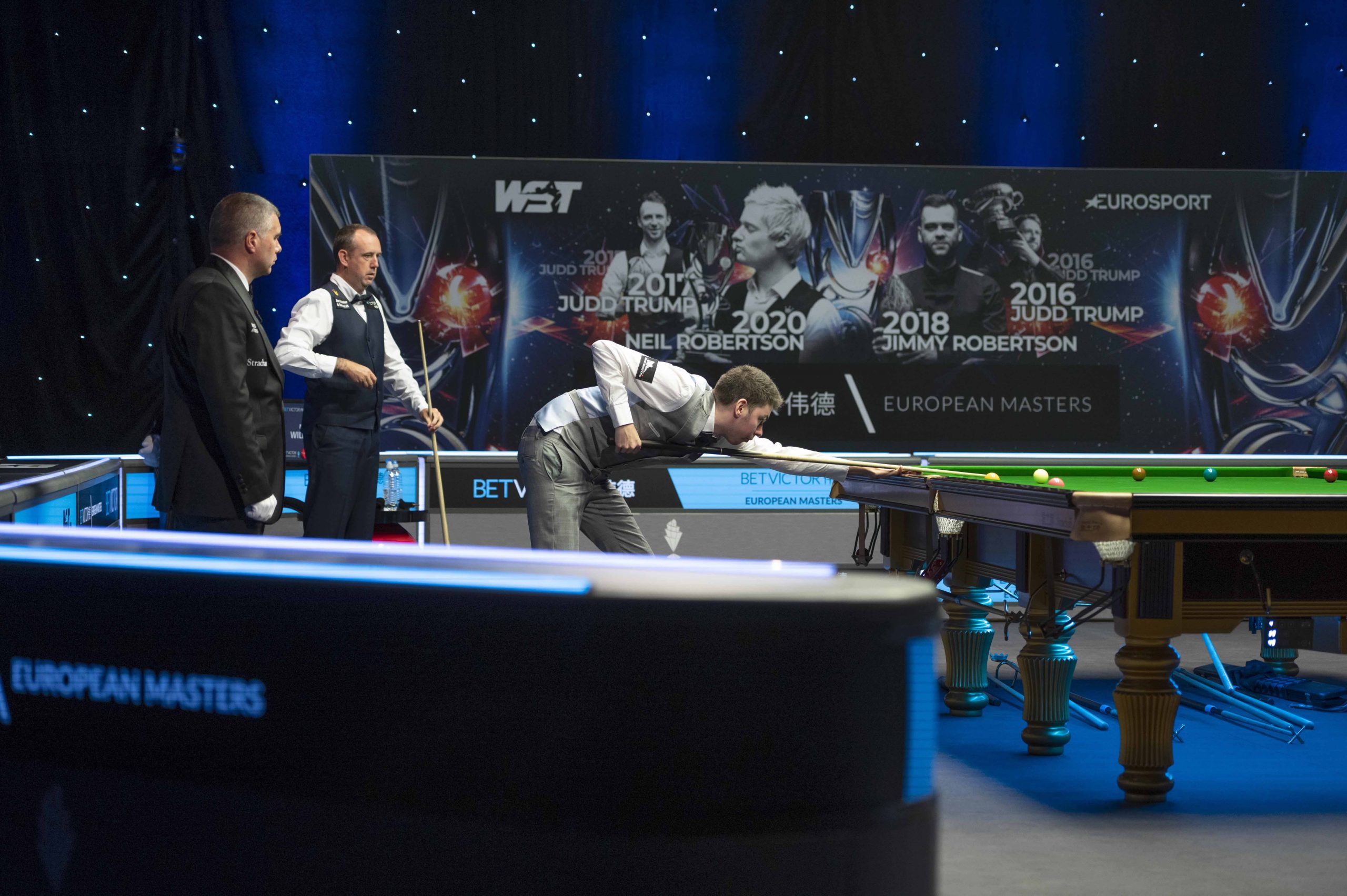 Devlin’s 5-4 defeat of Williams at the recent European Masters could prove to be an important early win for the 24-year-old in the context of his career. Having led 4-1, Devlin was pegged back to 4-4 by 22-time ranking event winner Williams. However, Devlin remained undaunted and knocked in a sublime 102 break to clinch the tie in the final frame. Devlin was pleased with how he kept his cool and believes that run, and the associated £6,000 in prize money, will stand him in good stead.

“There is always that fear, a lot of players get on tour and don’t win a match and it can be a very negative first year. They will say it was a learning curve, but really it has just been torture. I understand that and it must be horrible. To get a win straight away in round one was a big relief, I got some prize money and it was quite exciting. Playing Mark Williams after that was a bonus as I’d already got my first win under my belt. It was just about seeing what I could do after that. I’d got the monkey off my back. It is just important to get settled in the tournament and the tour. I’m still on club tables so whenever I come to a tournament I’m trying to pick up the pace of the table. It was a good start and a good foothold.

“I played really well. I scored when I got in and handled the decider which I was really pleased with. I think it showed a lot of character from being 4-1 up and him coming back, you would have expected not to be able to keep it up. It would have been natural to think I didn’t have what it takes in the decider. I don’t know where that came from really but it was a great feeling, proper tunnel vision. There are a lot of people on my side, but there are definitely a lot that expected me to come on tour and struggle. To put myself in contention early on was really nice.”