Ding Edges Ahead Of Bingham 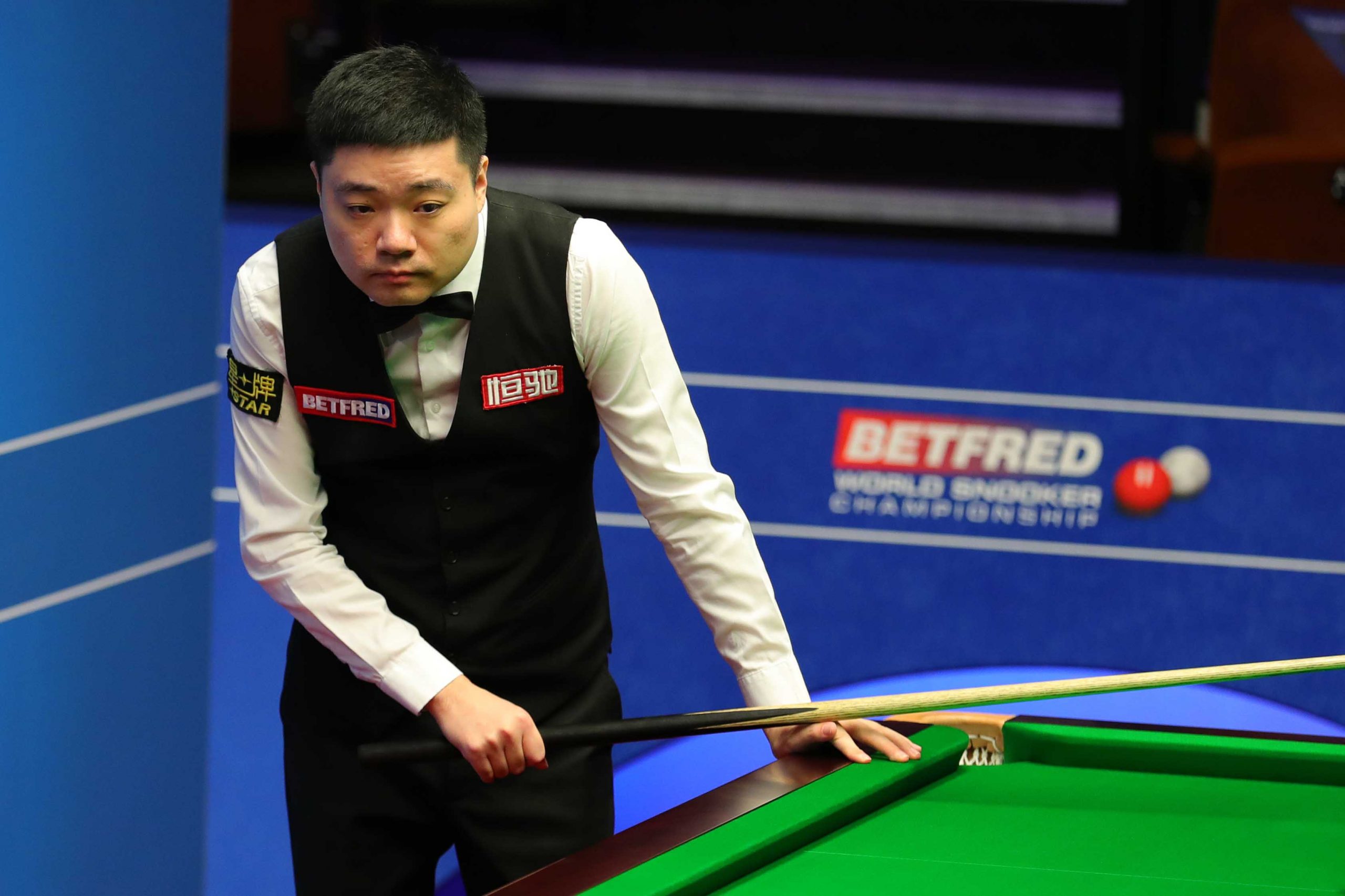 Asian number one Ding Junhui holds a slender 5-4 lead over 2015 Crucible king Stuart Bingham after the first session of their opening round clash at the Betfred World Championship.

China’s Ding is aiming to become the first player from his continent to lift the World Championship trophy. He was runner-up in 2016 when he lost out to Mark Selby in the final.

Bingham had to come through the qualifying route this year after a difficult season. However, he showed fine form in a 10-5 defeat of Luca Brecel on Judgement Day.

Bingham kicked off play this morning with a superb break of 131 to win the opener, before taking the second to establish an early 2-0 advantage. Ding got off the mark by claiming a tight third, but Bingham carried his momentum into the mid-session by firing in a break of 131 to lead 3-1 at the interval.

Ding roared back into contention when play resumed, contributions of 105 and 86 restored parity at 3-3. The barrage of breaks then continued with Bingham firing in a run of 84 and Ding responding with a break of 88. There was then a dramatic final frame of the session.

It came down to the black, with both players building pressure after some strong safety play. However, it was Ding who eventually fluked the black to edge ahead going into the second session at 5-4. They will return to play to a conclusion from 2:30pm tomorrow.

On the other table Gary Wilson let a substantial advantage slip against last year’s runner-up Kyren Wilson, but still leads 5-4.

Gary had led his namesake 5-1 after firing in breaks of 63, 55, 94 and 84 in the process. However, Kyren clawed his way back into contention, ending the session with back-to-back century runs of 115 and 139 to reduce his arrears to a single frame at 5-4.