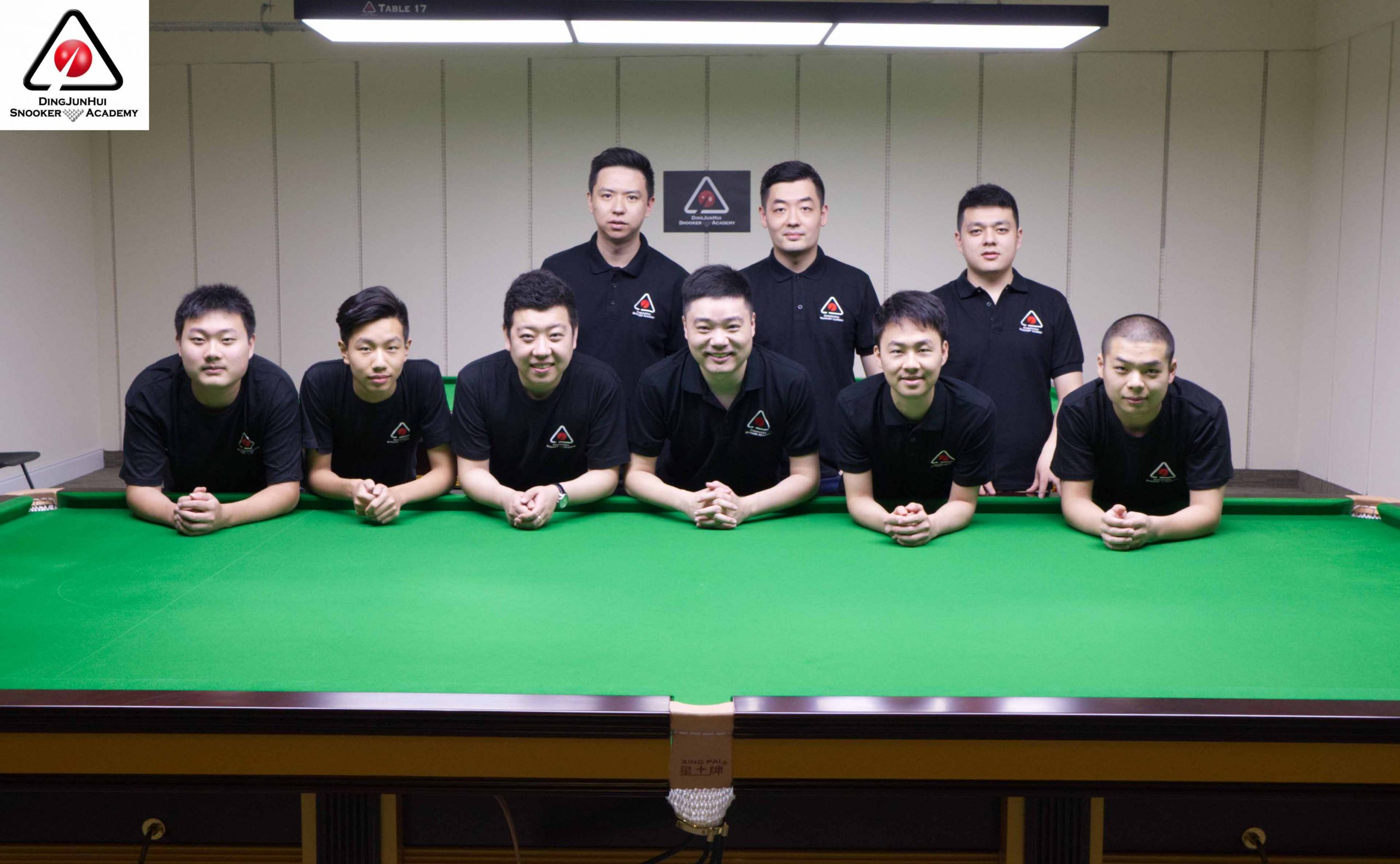 China’s number one Ding Junhui believes his new state of the art snooker academy in Sheffield can help a new generation of Chinese talent to prosper on the World Snooker Tour.

The facility is right in the heart of city and is just five minutes walk from the Crucible Theatre. There are 18 Star tables in total, all spaced apart with tournament level lighting installed. The academy owns accommodation nearby which can be used by its younger Chinese professionals.

Ding said: “I need a good facility for the rest of my career, as I have been practising in a club for the last two seasons. I didn’t feel good about that and wanted my own academy. It is great for the other Chinese players, who there are more of on the tour every year.

“A lot of them are young and they need good tables and conditions. It needs to feel like a tournament for them. There is no point in them coming over here and wasting their time. When I was young I had good tables to play on. I want to see them have the same things and make improvements while they are young. What I don’t want to see is them travel to the UK for one or two seasons and then have to go back. That is no good for snooker or snooker’s history.

“It was so difficult to find the right place. We were searching for over a year. We put all of the tables in, got the lighting sorted and this is perfect. When I walk in, I just want to start playing straight away. We’ve tried to keep a big distance between each table, a little bit like they are set up at qualifiers for professional tournaments. It is like that so if there ever was a chance, we would be capable of hosting a qualifier here. To win tournaments, practising is vital. It is so important to get the conditions right.”

Ding hopes that as well as providing the facilities for his fledgling compatriots to work on their game, he can impart his own wisdom whilst practising with them. The 33-year-old also believes that they are pushing him on to reach greater heights with his own game.

“I can help and talk to them about some of my experiences because we are playing together. When they lose or win a match I can help them to understand why it happened. It is also good for me, because they all keep improving so I need to keep my own standards very high. Every day the matches are so hard and it is really pushing me to improve my game going forward. I have many different opponents to play against, and the quality of the tables is very high. These are things that I can control and I am happy to play here.”

Ding is now starting to set his sights on defending the Betway UK Championship title, which he won for the third time 12 months ago. He’ll face amateur Jamie Curtis-Barrett in the opening round of this year’s event, which runs from November 23rd to December 6th in Milton Keynes.

The 2011 Masters champion downed Scotland’s Stephen Maguire 10-6 in last year’s UK final, to claim the fourth piece of Triple Crown silverware in his career. It was an emotional victory for Ding, who had been going through a barren spell of two years without a ranking title. Looking back he admits that beating Ronnie O’Sullivan in the last 16 was a key turning point mentally.

“When I beat Ronnie, I then had confidence to win the tournament. He is the most difficult player to beat. You have to play so well for the entire match to have a chance against him. After that I had a different level of confidence. I think at that point I was probably 80% confident that I could win the whole thing.

“Stephen was playing very well. I watched his semi-final and he was brilliant. It was a difficult match in the final. I just tried to get in front at the start of the game and I did. He had a couple of mistakes. He had been through a few seasons not playing as well and hadn’t had many chances to be in finals. He maybe wanted to win more than me and when the match started he had the most pressure.

“It is difficult because I had been losing a lot of matches myself and the confidence was going. It is very difficult to get back. It was a very good time for me to win. Years go by and you get older, I am travelling between China and the UK and this time it was more difficult because I had just had a new baby and had to leave her. I always enjoy the UK Championship and I will be looking to try and win it again this year. I am confident with how I am playing that I can win.”