Ding Junhui survived a late rally from Tom Ford to win 6-3 and reach the final of the Cazoo UK Championship, boosting his chances of becoming only the fourth player to win this title on four occasions. 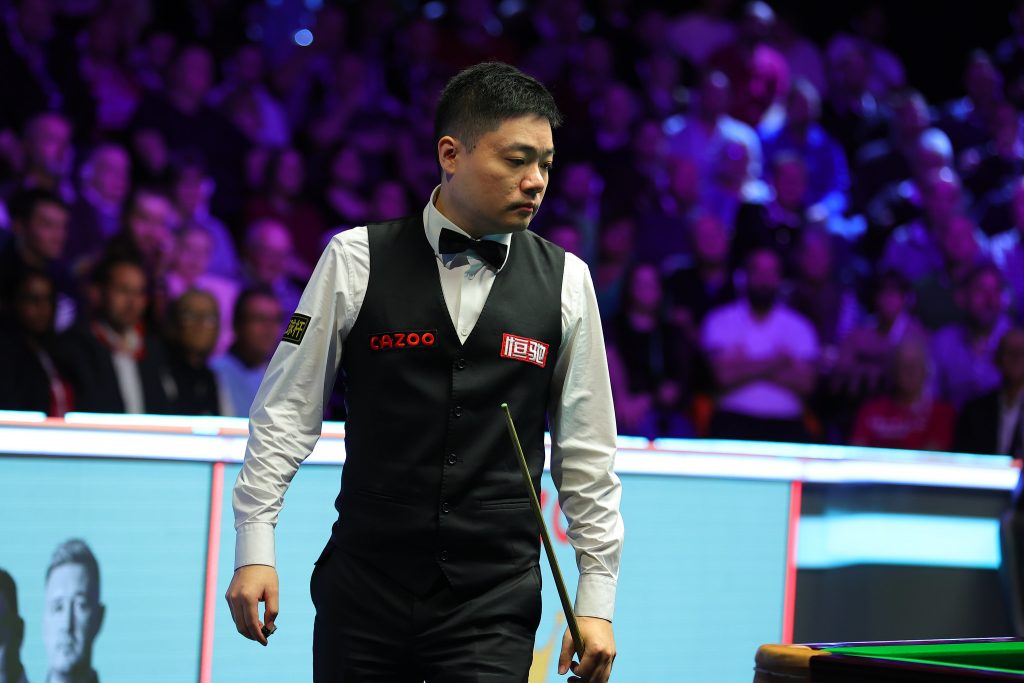 Many millions of fans in his native China will tune in on Sunday when Ding takes on Mark Allen or Jack Lisowski in the final in York. First to ten frames will lift the trophy and bank a record £250,000 top prize.

Victory would make Ding the only player other than Ronnie O’Sullivan (seven titles), Steve Davis (six) and Stephen Hendry (five) to win this event four times, putting him ahead of all-time greats John Higgins and Neil Robertson who have three UK titles apiece.

Ding will be playing in his 21st ranking event final and aiming for his 15th title. Since he beat Stephen Maguire in the 2019 final here in York, Ding had reached only one ranking event semi-final, prior to this week. He is currently number 38 in the world so this run at the Barbican is a remarkable return to form for the 35-year-old. 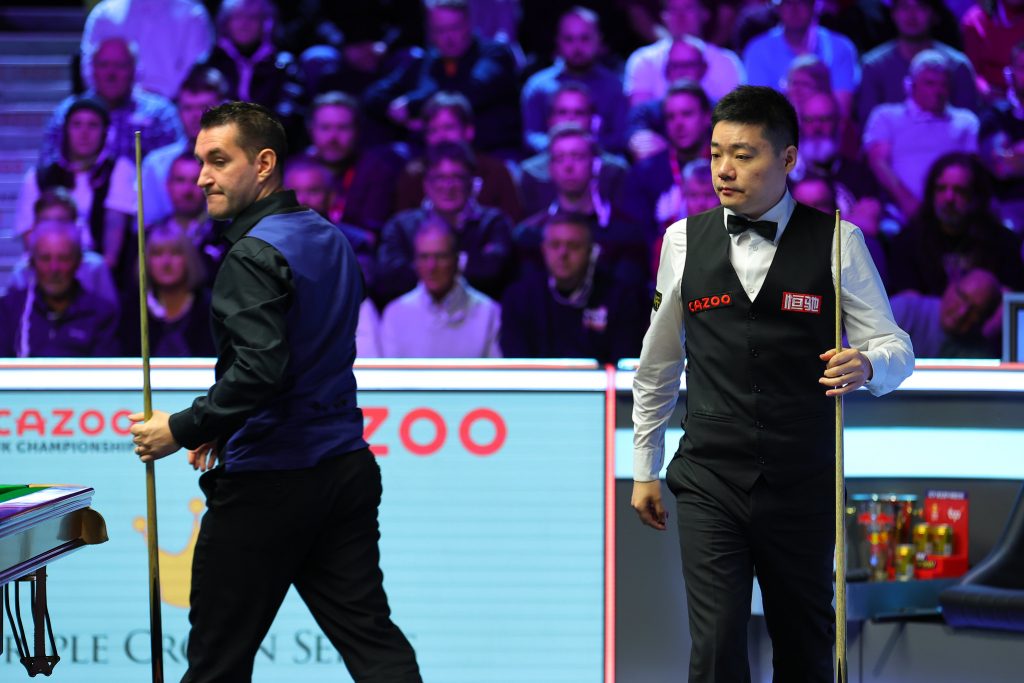 He had to win two qualifying matches just to make it to the venue – and if he goes on to lift the trophy he’ll be the first qualifier to do so since his own 2005 triumph. The title would also come with a return to the top 16 and the added bonus of a place in January’s Cazoo Masters.

Having thrashed Ronnie O’Sullivan 6-0 in the quarter-finals yesterday, Ding came into today’s tie on the crest of a wave, and swept into a 5-0 lead. Ford recovered to 5-3 but it was too little and too late for the Englishman, who is still seeking his first ranking title.

The first frame came down to a safety battle with two reds on the table. Ding laid a tough snooker behind the yellow, and from the chance that followed he cleared for 1-0. A break of 55 in the second doubled his lead. Ford had a clear scoring chance in frame three but, with the balls at his mercy, he ran out of position on 26. He later missed a difficult black to a top corner when he trailed 27-33, handing Ding the chance to add 24 and extend his advantage. A break of 84 made it 4-0 at the interval.

In frame five, Ford made 46 before missing a straight-forward pink to a top corner. Again that proved costly as Ding made an excellent 62 clearance for 5-0. Then came the fight-back from Leicester’s Ford as breaks of 77, 64 and 64 got him back to 5-3. He looked set to pull another back as he potted eight reds with blacks in frame nine, only to miss a red to a top corner on 64. Ding countered with 37, then took advantage of a botched safety from his opponent on the penultimate red to secure victory.