Ding Through With Whitewash Win 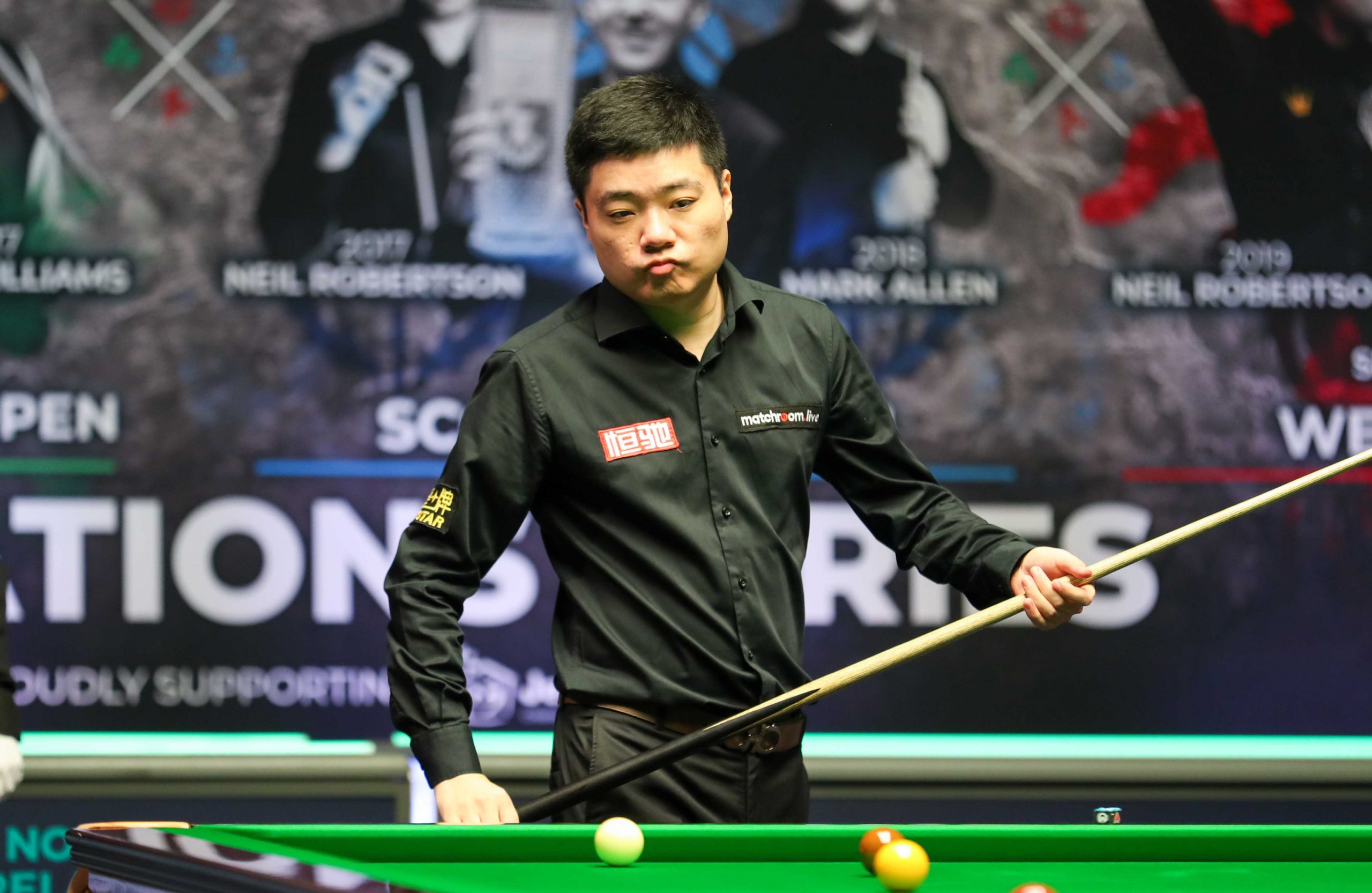 Ding Junhui surged to a 4-0 whitewash defeat of Eden Sharav to progress to the second round of the Matchroom.Live Northern Ireland Open.

The Chinese number one has a busy fortnight ahead, with the defence of his UK Championship title taking place next week. He was victorious 12 months ago, beating Stephen Maguire 10-6 in the final to win a third UK crown.

However, Ding’s immediate attention is on capturing a maiden Home Nations title this week, by claiming the Alex Higgins Trophy.

Ding, who has recently opened his own snooker academy in Sheffield, required just over an hour to see off Sharav this afternoon. The world number 10 composed breaks of 72, 62 and 100 on his way to a routine victory. Next up he faces compatriot Lu Ning.

Ding said: “I played very good. I made three breaks over 50, including a century. Best of seven is a short match. Anyone who knows me will know I am not that quick at warming up in the short games. I am very happy to see the performance I brought today.

“I don’t know about my chances at the UK Championship. At the moment my level isn’t too high. I am just trying to bring myself to another level, be stronger and if I do that maybe I will have more of a chance to win it. I am just enjoying playing now, so I’m not putting myself under too much pressure.”

Last season, three time World Champion Selby became the first player ever to win two Home Nations titles in a single campaign. The Jester from Leicester defeated David Gilbert in the final of the 2019 English Open, and beat Jack Lisowski to claim the Scottish Open title.

Selby top scored with a run of 93 in today’s match and will face Germany’s Lukas Kleckers in the next round.

Selby said: “I felt alright out there. The first frame was scrappy and then I felt fine. Andrew normally plays really well against me, but today he just didn’t perform. It was difficult, I felt that my concentration was in and out.

“From now until I end my career, Triple Crown titles are my targets. You obviously want to win other tournaments, but if I was to say the ones I wanted, it would be the UK Championship, the Masters and the World Championship. I have one eye on the UK next week, but I feel I have a chance in any tournament I play in at the moment, so I am focussed on this week.”

Scotland’s 2006 Crucible king Graeme Dott lost out 4-2 against Brazilian Igor Figueiredo. It’s only Figueiredo’s second match win of the season and he faces Sunny Akani up next.