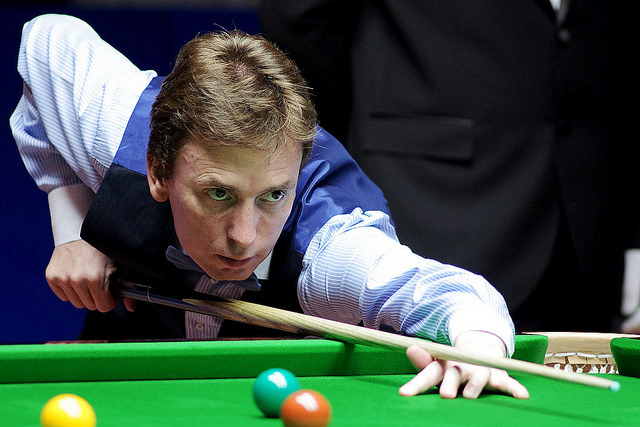 Ken Doherty and Kyren Wilson are through to Finals Day of BetVictor Championship League Snooker after topping their Winners’ Week groups on Wednesday, Doherty doing it in dramatic fashion with a break of 139 to advance at Stadium MK, live on Matchroom.Live.

The Darling of Dublin knew he had to beat Jordan Brown in the final match of Group E, or better Thepchaiya Un-Nooh’s high break of 135 in the event of a draw. At 1-1, Doherty made sure the final frame would be redundant as he made a brilliant 139 to ensure top spot, before Brown fought back to see the match end 2-2.

Doherty had earlier drawn with Un-Nooh and beaten Xiao Guodong 3-1 to move to four points on the league standings prior to his decisive match against Brown. Un-Nooh had beaten Brown and drawn with Xiao to end the day on five points.

Wilson opened the day’s play in Group F on Table 1 with a 3-0 win over Mark King, before Scott Donaldson achieved the same result against David Gilbert. The Tamworth potter responded immediately, beating King 3-1 to remain in contention.

The evening session opened with a 2-2 draw between Wilson and Donaldson, but when the Scottish former Championship League winner lost 3-1 to King, he was out.

That left the final match as a straight shoot-out between Wilson and Gilbert, with World Championship finalist Wilson being the man who would progress in the event of a draw. But Gilbert was struggling where Wilson wasn’t, and the Kettering potter took the first two frames to ensure progression, before completing a 3-0 win.

“I’m really pleased, I think I have been pretty solid throughout,” said Wilson. “I have scored well and taken my chances when they presented themselves. It isn’t easy going into the last game knowing you need to get a result; it puts a bit of pressure on you and I’m pleased with how I dealt with that.

“I have been really consistent so far this season, and I suppose you can call it another quarter-final as there will be eight players on Finals Day.”

Wilson and Doherty will now enter Group 2 on Finals Day, where they will be joined by the winners of tomorrow’s groups. John Higgins, Tom Ford, Martin Gould and Jamie Clarke make up Group G on Table 1, while Table 2 hosts Group H with Joe Perry, Mark Davis, Li Hang and Tian Pengfei.

Coverage of both tables will be available at Matchroom.Live, with UK television coverage on Freesports. Live scoring can be found at www.wst.tv. Group fixtures, results, standings and details of how to watch can be found at http://www.championshipleaguesnooker.co.uk/.