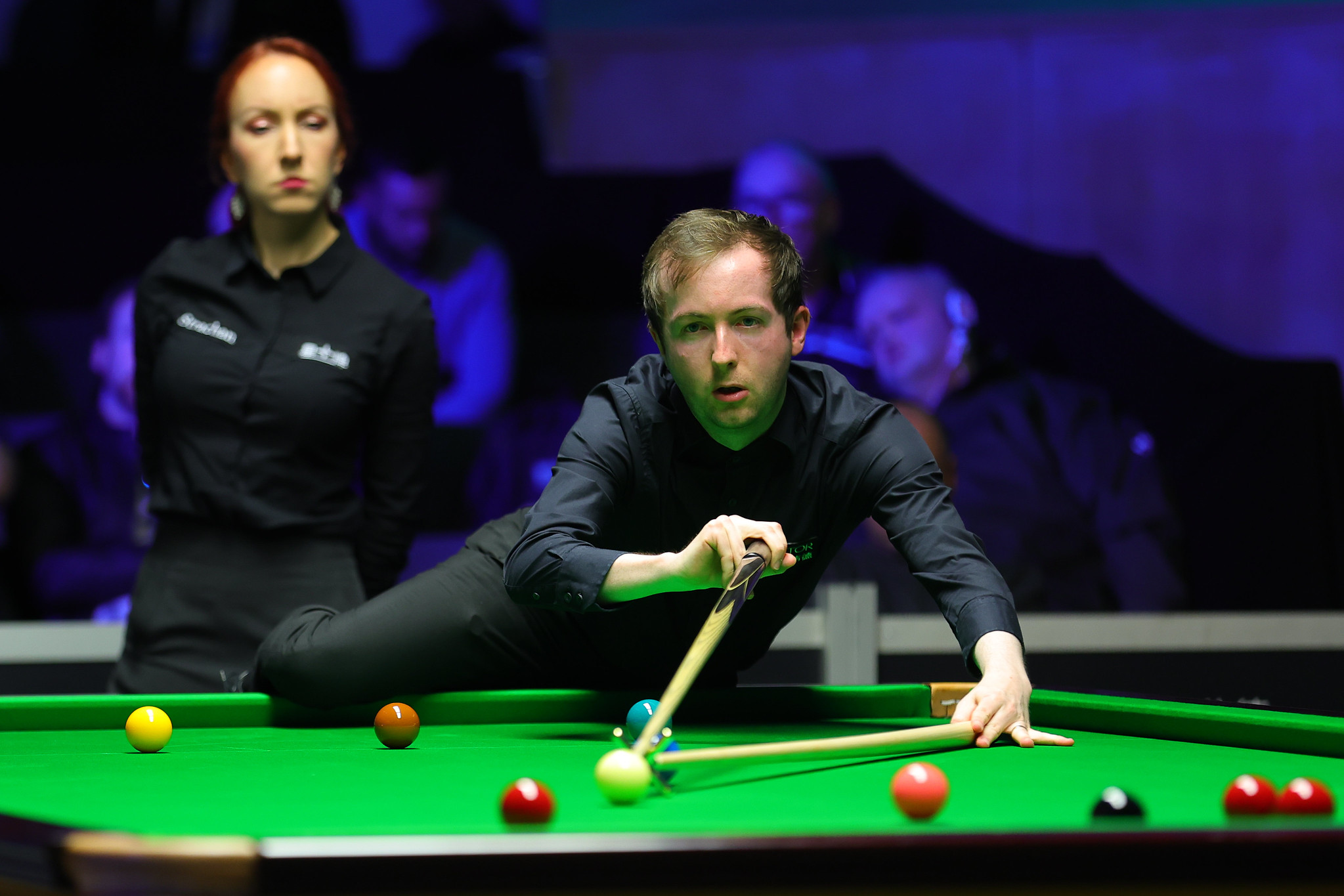 Perth’s Scott Donaldson can’t wait to get his BetVictor Scottish Open campaign underway next week, with the event returning home after three years away.

The last time the annual battle for the Stephen Hendry Trophy was contested in Scotland was 2019. The following year saw the tournament in enforced exile due to the coronavirus pandemic and contractual issues in 2021 meant it was staged in Llandudno. However, world class snooker is returning to Scotland, with Edinburgh’s Meadowbank Sport Centre hosting the finest players on the planet. The event runs from November 28th to December 4th.

Tickets still remain and you can get yours by clicking here.

Donaldson, who made the quarter-finals of his home event back in 2019, will be pitted against either Shaun Murphy or Lei Peifan next week. He scored an important 4-2 win over Louis Heathcote in qualifying to earn his place in the final stages.

So far this season, Donaldson is yet to make it beyond the last 32 of any event. Despite not being happy with his current form, the 28-year-old is keen to make an impact in Edinburgh. We caught up with Donaldson to find out how his preparations have been going…

Scott, how pleased are you that your home event is once again taking place in Scotland?

“Yeah it is great that we are playing in Edinburgh, as that is where my home club is. The venue is only a half hour from me, so I will be able to sleep in my own bed. I’m really looking forward to it and the venue is new and looks really nice. I think some of the boys from the club are coming down, so I’m looking forward to that. I hope I play better than I have been, but I’ll give it a go. My qualifying match was probably the best I’ve played all season. It was maybe the pressure which made me play better. This is an event which I really wanted to qualify for.

“There is definitely something different about playing in a home tournament. I’ve been playing in Glasgow for a while but this is the first time it has been in Edinburgh since I turned professional. It is going to be nice to be able to travel from home rather than a hotel. My dad enjoys watching me so I think he will be along. My mum just gets too nervous so she ends up doing my head in!”

Why do you feel you haven’t been playing as well as you would have liked so far this season?

“Snooker is just hard! It is a very difficult sport. Ronnie O’Sullivan makes it look easy, but most players will go through spells where they really struggle. I’ve been through it in the past and I’m sure I’ll go through it again. You just have to be patient and keep working hard. This is my 11th season on the tour now so I’ve shown that I am able to come back from bad spells. I’ll do the same again I’d imagine and that is all I can ask of myself.”

How important is it to have the right mentality when you are going through a difficult spell with your game?

“I am quite a technical player and I enjoy playing by myself and working on my game. It isn’t for everyone, you don’t know how much you want it until you’ve played through the bad spells. You know what you have to do and that is where a lot of players can get found out. I think for any snooker player it is in their blood to get up in the morning and work on their game. The bad moments are part of the process and you don’t know how good you are until you have been through a bad spell. I’ve still been winning quite a few games recently and I’m still enjoying playing..

You face either Shaun Murphy or Lei Peifan up first next week. What sort of game are you expecting?

“Whoever I play I am just happy I’ll be sleeping in my own bed the night before. I don’t think you can rule Lei Peifan out, it is only a best of seven. These games are mostly 50/50 games. There aren’t that many favourites anymore. I know Murphy will be a big bookies favourite but Lei winning wouldn’t surprise me. The Chinese players work so hard and if they can get on a roll they can reel four frames off easily.”